Manchester City remain top of the Premier League on goal difference from Liverpool after their 6-0 crushing of Chelsea. Liverpool beat Bournemouth 3-0 while third-placed Tottenham Hotspur remain in touch, five points behind, after a 3-1 win over Leicester City.

Here are five talking points from the weekend's action: CHELSEA HAVE BIG DECISIONS TO MAKE AFTER HUMILIATION

The Maurizio Sarri era began so promisingly at Chelsea, five straight wins and unbeaten in the league until late November. But after the 4-0 loss to Bournemouth, Sunday's mauling by ManchesterCity raises questions over the club's direction.

For all the talk about a revolutionary 'Sarriball', Chelsea just looked like a limp, soulless team of unmotivated players with no real plan for taking on Pep Guardiola's side.

An ageing squad of players that aren't up to the task clearly needs refreshing and a major rebuilding operation is required.

If Chelsea really believe that Sarri is the man to lead them, then they need to fully back him and break with their transfer policy of providing the manager with players to work with rather than the players he wants.

But if that confidence in Sarri isn't there, then they would surely be better looking for a manager with a track record of developing young players. Chelsea keep on producing promising talent and then loaning them out or selling them. Perhaps the current mess is a chance to radically change direction?

EPIC BATTLE AT THE BOTTOM

A three-horse race at the top of the table promises thrills and plot twists all the way to the end of the season and the same can be said at the bottom.

After Cardiff City's impressive win at Southampton and Burnley's 3-1 victory at a Brighton & Hove Albion side who are now in the mix, there are six clubs fighting to avoid joining HuddersfieldTown and Fulham, who both look doomed, in the bottom three.

The goalscorers grab the glory, it has ever been thus. But this weekend showed that at the top two it is lesser heralded players who are essential to their title bids.

Bernardo Silva is vital to City, dictating the tempo and delivering killer balls. Liverpool's Gini Wijnaldum, even battling illness, showed he is the best link between midfield and attack that Juergen Klopp has.

ManchesterCity's stadium DJ got a little carried away at the end of Sunday's game playing Madness song "One step beyond", a favourite at StamfordBridge, at the end of the 6-0 mauling.

It's not the job of clubs official outlets to provide such taunting and banter -- the earlier chants from City fans of "Are you Burton (Albion) in disguise" -- a reference to their 9-0 League Cup semi-final win over the League One (third tier) club, had already done the job.

If there was one glaring problem at Fulham since the start of the season it was surely their leaky defence -- evident again in Saturday's 3-0 loss at home to Manchester United.

So why, in the transfer window, did the next to bottom London club choose not to sign any defenders and instead to bring in a striker in Ryan Babel, a winger in Lazar Markovic and a midfielder in Havard Nordtveit who isn't yet fit to play? 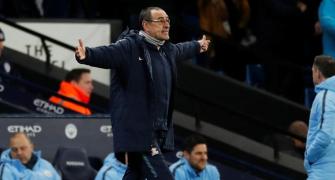 Chelsea boss reacts to their 6-0 drubbing by City 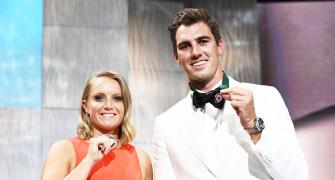 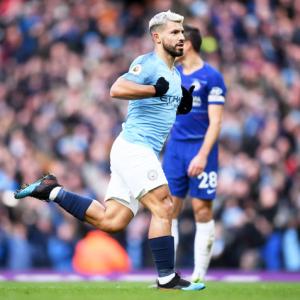 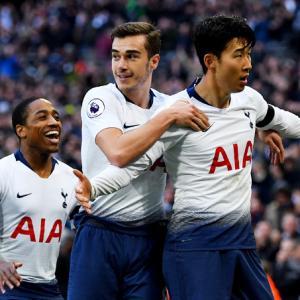