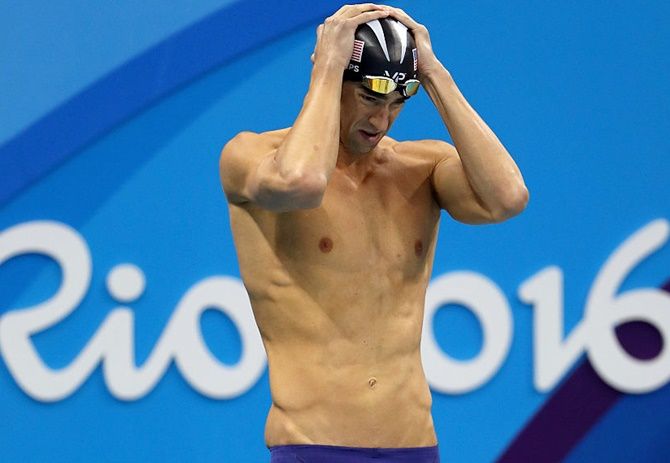 Michael Phelps urged US lawmakers on Tuesday to push for a reform of the global anti-doping effort in sport after a career in which the Olympic great said he was never confident he was competing against clean athletes.

Testifying in front of the US House of Representatives Committee on Energy and Finance, the most decorated Olympian expressed his frustration at the lack of progress in the battle against the use of performance enhancing drugs in sport.

"I don't believe I've stood up at an international competition and the rest of the field has been clean," said Phelps, whose Olympic haul includes 23 gold medals. "I don't think I've ever felt that. I know when I do stand up in the US I know we're all clean because we go through the same thing.

"Throughout my career I have though that some athletes were cheating and in some cases those suspicions were confirmed.

"Given all the testing I and others have been through, I have a hard time understanding this."

Phelps was joined at the hearing by Athens Summer Games shot put gold medalist Adam Nelson who waited nine years to receive his medal after Ukraine's Yuri Belonog was stripped of his gold following a failed drugs test.

Nelson delivered an emotional account as he recalled the day he received his gold medal while at a food court in the Atlanta airport from a US Olympic Committee official who was there changing planes.

"The medal came with a side of fries and a free toy. Don't worry about it." Nelson joked. "It was nine years after that moment had passed.

"The colour and timing of a medal matter, folks. Silver does not hold the same value and gold loses its shine over time."

US Anti-Doping Agency chief executive Travis Tygart, who has called for stronger sanctions against Russian athletes after investigations uncovered evidence of state sponsored doping, used the stage to once again blast the International Olympic Committee for refusing to get tough on dopers.

Ignoring calls to ban Russia from the Rio Olympics, the IOC left it up to individual sport governing bodies to determine if Russian athletes should be allowed to compete in last year's Rio Summer Games.

"At least two Olympic Games were corrupted and at the Rio Games this past August scores of Russian athletes were allowed to compete without credible anti-doping measures," said Tygart.

"When the moment came, despite mountains of evidence and vocal opposition from anti-doping leaders and clean athletes from around the world, the IOC chose to welcome the Russian Olympic Committee to Rio."

The US government provides funding for the World Anti-Doping Agency budget and the House committee may make recommendations on any funding increases they feel are may be needed to improve the current system.

© Copyright 2020 Reuters Limited. All rights reserved. Republication or redistribution of Reuters content, including by framing or similar means, is expressly prohibited without the prior written consent of Reuters. Reuters shall not be liable for any errors or delays in the content, or for any actions taken in reliance thereon.
Related News: Michael Phelps, International Olympic Committee, House of Representatives Committee on Energy and Finance, Adam Nelson, United States
SHARE THIS STORYCOMMENT
Print this article