Liberty Media, the US firm that completed a takeover of the sport in January, immediately identified digital as an area ripe for development as it seeks to tap lucrative new revenue streams and give fans more of an experience. The day when Formula One fans can race virtually with real drivers in live Grands Prix may not be so far off as the sport looks to develop the digital dimension.

Mehul Kapadia, one of those who helps make things happen as head of Formula One business at official "connectivity partner" Tata Communications, is eager to step on the accelerator.

"While Formula One gets criticized for being late on the digital journey, a lot has been happening," he told Reuters in an interview.

"The conversations which are now happening are far more ‘Let’s get it done’."

It was not always that way.

Liberty Media, the US firm that completed a takeover of the sport in January, immediately identified digital as an area ripe for development as it seeks to tap lucrative new revenue streams and give fans more of an experience.

Its chief executive Greg Maffei said last September that less than one percent of revenues were from digital and that there was a huge amount of video feed and data about the races that were being captured but not processed incrementally for the dedicated fan.

Formula One's chief technical officer John Morrison said at the same time, at the awarding of Tata's F1 connectivity prize in Austin, Texas, that the sport was about two years away from fans being able to race virtually in a real race.

The main problem, he explained then, was getting the accuracy of GPS positioning down to about 10mm from the current 200mm.

Kapadia could see that obstacle being overcome.

"If you look at the pace of development happening in that field, two years doesn’t seem to be incorrect," he said.

"Is the appetite there to commercialize it? That is a different question."

Kapadia said fans could be divided into four distinct groupings that needed to be catered for.

There are those attending the race, those watching on television at home, people 'consuming' the sport on the move, and the largest group of all - a restless 'always on generation' seeking bite-sized entertainment.

"They don’t have 90 minutes for anything apart from the exam papers they are forced to sit. A lot are not even watching movies now," he said.

That demographic is one that Formula One has a particular interest in targeting and Kapadia said there is plenty that could be done immediately with existing technology to win them over.

The important thing is for fans to see progress after being promised change, even if only providing quick and reliable WiFi trackside that would allow the use of more interactive smartphone apps and augmented reality.

A start was made in Canada this month when free WiFi was available to fans throughout the race weekend, while footage from inside the previously off-limits pre-race drivers' briefing was also released.

The use of 360 cameras and VR technology could be harnessed to provide an immersive experience from various parts of the track and pitlane.

"I would like a bunch of things to happen by next year so that people start seeing the path," said Kapadia. "Everything won’t happen but some things happening will give people the confidence of the trajectory.

"Personally I would like to see the power of connectivity unleashed at the race. Fan experiences at the racetrack completely evolving to the next level because they can now connect in, literally, to what’s happening.

"The other thing is, I believe a lot of bite-sized content throughout the year, not just on the race day ... We have amazing stuff that can happen, amazing footage, driver experiences which are out there.

"I believe this entire digital transformation thing is about unlocking the value for those four different groups, converting it from a once-in-a-while experience to something that you can participate in throughout the year at any point of time."

© Copyright 2021 Reuters Limited. All rights reserved. Republication or redistribution of Reuters content, including by framing or similar means, is expressly prohibited without the prior written consent of Reuters. Reuters shall not be liable for any errors or delays in the content, or for any actions taken in reliance thereon.
Related News: Mehul Kapadia, Liberty Media, GPS, Lewis Hamilton, John Morrison
SHARE THIS STORYCOMMENT
Print this article 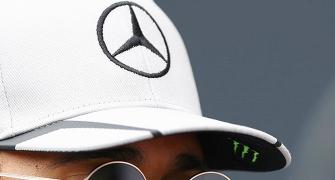 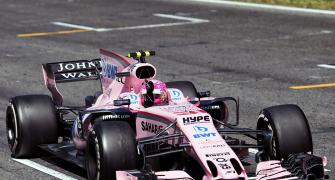 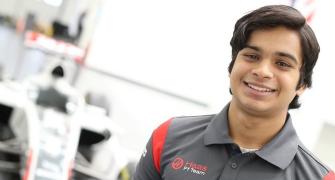 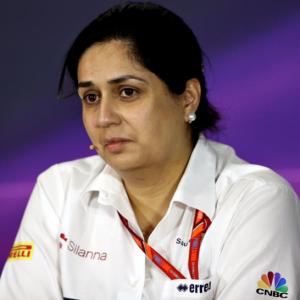