IMAGE: Rashford has scored 14 goals in all competitions this season while Martial has seven. Photograph: Jason Cairnduff/Reuters

Manchester United should continue to develop their own young forwards Anthony Martial and Marcus Rashford instead of trying to sign Salzburg teenager Erling Haaland, former striker Dimitar Berbatov has said.

Media reports have linked the 19-year-old Norwegian, who has scored 28 goals in 22 matches this season, with a switch to several top European clubs including United but Berbatov said there was no need for them to bring another forward in.

"Haaland is good and he is still young. He's developing and maybe he can get better," Berbatov, who scored 48 league goals in four seasons at Old Trafford, told Sky Sports.

"But I've said many times before that Martial and Rashford are, for me, the two main strikers that United need to keep."

"I played with Martial in Monaco, I know how good he can be. Now he's in the place he can develop and become a world star.

"Everyone knows how good Rashford can be ... they need to stick with these two players."

Rashford has scored 14 goals in all competitions this season while Martial, who is back in the starting side following a hamstring injury, has seven.

"They need to stick with these young players because they have so much talent," added Berbatov. "Nurture them, show them the right way and they'll be fantastic." 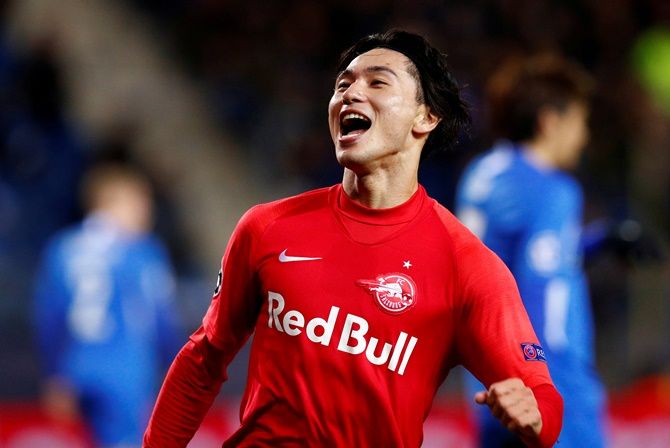 Liverpool have reached an agreement with Salzburg for the transfer of Japan playmaker Takumi Minamino, the Premier League club said on Thursday.

Liverpool did not disclose the fee but British media have reported that his release clause was 7.25 million pounds ($9.30 million) and that the 24-year-old would officially join from the Austrian club on Jan. 1.

"It has been a dream, my dream to become a Liverpool player. And I'm so excited that the moment has come true," Minamino told Liverpool's website in a statement https://www.liverpoolfc.com/news/first-team/379040-liverpool-fc-agree-deal-to-sign-takumi-minamino

"But I never thought I would be able to play in this team and I'm really happy about it."

Minamino, who has scored 11 goals in 22 matches for Japan, previously played for Cerezo Osaka in the Japanese top flight.

Top-ranked Belgium named FIFA Team of the Year, England up to fourth; India 108

Belgium were crowned FIFA's Team of the Year for the second straight time after retaining top spot ahead of world champions France in the latest world rankings released on Thursday, soccer's world governing body said.

Belgium, who finished third in the World Cup in Russia last year, won all 10 of their competitive matches in 2019.

England moved up a spot to fourth place below Brazil, while Uruguay are fifth.

Qatar, who will host the 2022 World Cup, were the biggest movers in a year in which they won the AFC Asian Cup, moving 38 places to sit 55th after gaining 138 points.

Algeria (35th) were close behind moving up 32 spots while Japan (28th) climbed 22 places this year.

India, however, lost 11 places throughout the year.

With 1187 total points, India is placed at 19th spot among Asian countries headed by Japan (28th).

India were placed at 97th in the December FIFA rankings of last year. The best ranking for the team this year was 101 in April and June.

Sweden expectedly clinched the title of the women's U-17 international football tournament after blanking India 4-0 in a lop-sided summit clash in Mumbai on Thursday.

The Swedes took the lead as early as the fourth minute through Rusul Kafaji, who struck a shot from outside the penalty box that hit the back of the net.

The visiting side extended their lead in the 16th minute with skipper Elma Nelhage heading in Rusul's corner kick.

Two minutes later, Sweden added a third through Evelina Duljan, who raced down the right flank, got into the box and shot across to score.

In the 20th minute, the much superior European side threatened again through Monica Bah, who latched on to an aerial ball and ran into the penalty area. She fired in a powerful shot but India keeper Manju Ganjhu was equal to it, diving low to thwart it away.

Changing over, India threatened the opposition citadel for the first time in the match. Wing back Jyoti Kumari curled in a cross from her flank that evaded an onrushing Lynda Kom and was collected by the Swedish custodian Elin Svahn.

Manju was called into action once again a few minutes from the hour mark as she saved a low shot from the left side of the penalty area, which was eventually cleared away for a corner.

In the 61st minute, Sweden earned a penalty kick after a foul inside the box but the resulting effort was skied over the bar by Matilda Vinberg.

The European side, though, made it four through Monica as she met a cross from the right and the ball hit the post and went into the goal.

Paulo Machado's (15th minute) free-kick goal was cancelled out by Tiri's (37th) header from a corner-kick. Raynier (56th) then came off the bench to produce the match-winning goal.

Jamshedpur and Mumbai City are now level on the table with 13 points from nine games, with the former occupying the fourth spot owing to a superior goal difference.

Liverpool grabbed a stoppage-time winner through substitute Roberto Firmino after team mate Naby Keita's goal was cancelled out by Rogelio Funes Mori and Kewell said that his former team were far from comfortable without Van Dijk.

"When I watch Liverpool, I see Virgil constantly talking to everyone around him. He's always communicating with full backs and people in front of him," Kewell, a part of the Liverpool side that lost the 2005 Club World Championship final, told BBC Sport.

"Yes people talk about him being a great defender because he can play out from the back and is comfortable on the ball, but a defender's first job is to defend, and in the case of Van Dijk, it is to organise the rest of his defence too.

"That's what Liverpool missed the most against Monterrey. No one had his kind of defensive vision or ability to spot danger."

Klopp's side face Brazilian outfit Flamengo in Saturday's final, a repeat of the 1981 Intercontinental Cup when a Zico-inspired team beat Liverpool 3-0 in Tokyo.

"Clearly, they need him (Van Dijk) back in the team to face Flamengo -- if he's fit, Liverpool will be calm and comfortable at the back and everyone will be a lot more relaxed," Kewell added.

World soccer body FIFA banned the former president of Panamanian football Ariel Alvarado for life on Thursday and fined him 500,000 Swiss francs ($510,300) after finding him guilty of bribery.

Alvarado was investigated in relation to matches organised by the Panamanian Football Association as well as contracts for Confederation of North, Central American and Caribbean Association Football (CONCACAF) media and marketing rights between 2009 and 2011.

The adjudicatory chamber of FIFA's independent Ethics Committee said it had imposed the ban on Alvarado, a former FIFA standing committee member, with immediate effect.

© Copyright 2021 Reuters Limited. All rights reserved. Republication or redistribution of Reuters content, including by framing or similar means, is expressly prohibited without the prior written consent of Reuters. Reuters shall not be liable for any errors or delays in the content, or for any actions taken in reliance thereon.
Related News: FIFA, Liverpool, Virgil van Dijk, Ariel Alvarado, Sweden
COMMENT
Print this article 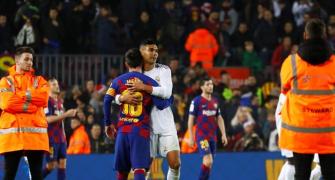 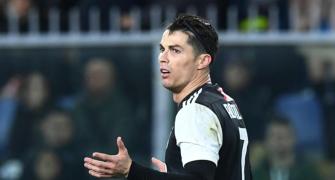 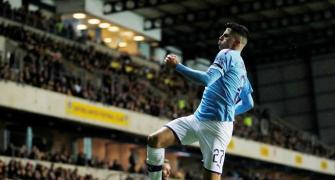 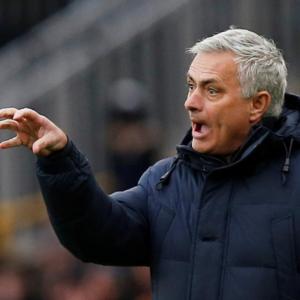 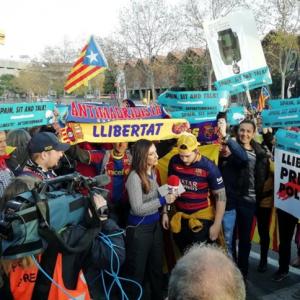