IMAGE: Costa Rica forward Jonathan Mc Donald (14) is grabbed by Mexico defender Nestor Araujo (2) as they vie for possession in the second half of the quarter-final in the CONCACAF Gold Cup soccer tournament at NRG Stadium in Houston, Texas on Saturday. Photograph: Thomas B. Shea-USA TODAY Sports

Mexico goalkeeper Guillermo Ochoa saved from Costa Rica's Keysher Fuller in a sudden death shootout to put his side into the Gold Cup semi-finals after a 1-1 draw in Houston on Saturday.

Mexico, roared on by the vast majority of the 71,000-strong crowd at the NRG stadium, opened the scoring a minute before halftime when Raul Jimenez found space among five defenders in the box to spin and fire home a low drive.

Costa Rica captain Bryan Ruiz levelled seven minutes into the second half when he slotted home a penalty and neither team were able to score in extra time.

After both sides netted four penalties from their first five kicks Carlos Salcedo was successful with the first of sudden death before Ochoa's save from Fuller put Mexico through 5-4.

"Mexico played football out there tonight," said coach Gerardo Martino. "We deserved to win because of our football.

"Guillermo Ochoa made the save of the game but everyone was sensational tonight."

Mexico will play Haiti, who beat Canada 3-2 earlier on Saturday, in Glendale, Arizona on July 2 for a place in the final.

The other two quarter-finals will be decided on Sunday when Jamaica play Panama and defending champions the United States face Curacao.

Switzerland forward Florijana Ismaili has been declared missing after a swimming accident on Lake Como in Italy, her club said on Sunday.

Ismaili, 24, has played for the BSC Young Boys women's team since 2011 and is the club's captain.

"BSC Young Boys have been informed that our player Florijana Ismaili has been missing since Saturday afternoon on Lake Como after a swimming accident," a statement on their website read.

"Searches by the police continue. We are very concerned and have not given up the hope that everything will turn out well."

The club said they were in touch with Ismaili's family and would not provide any more information until they received an update.

Cameroon and Ghana, two of the most successful teams in Africa Cup of Nations history with nine titles between them, cancelled each other out in a forgettable 0-0 draw in their Group F match on Saturday.

Ghana nearly snatched the points in the 88th minute when Kwabena Owusu intercepted a dreadful Jean Armel Kana Biyik pass, charged forward and fired a ferocious shot against the bar.

But that would have been an unfittingly generous end to a match which featured too many misplaced passes, poor first touches and wayward finishing on another searing evening at the Ismailia stadium -- while there were some unusual decisions from the referee.

Ghana defender Jonathan Mensah was one of the few players to distinguish himself, making three key interventions to prevent a Cameroon goal.

Holders Cameroon top the group with four points from two games while Ghana have two points after drawing both their matches.

"It may not have been good for the fans, but speaking as a coach, knowing what I have seen, I have seen two very organised teams who created enough to win," said Cameroon coach Clarence Seedorf.

Kasim Nuhu wasted an excellent early chance for Ghana by side-footing over from 12 metres and Christian Atsu fired a low shot narrowly wide but injured his hamstring in the process and was replaced by Samuel Owusu.

It was generally a scrappy opening, summed up by a Christian Bassogog effort where he sent the simplest of short passes straight into touch.

There was also an odd incident where the ball hit the referee and rebounded to Cameroon. The official then stopped play, gave the ball to Ghana and invited them to play on.

He also let a number of strong tackles go unpunished, showing one yellow card for 28 fouls.

Mensah made his first intervention with a timely last-ditch tackle on Karl Toko Ekambi as the Cameroon player got away and was about to pull the trigger. Bassogog also had a good chance but it was palmed away by Richard Ofori.

There was little improvement in the second half although Mensah again came to Ghana's rescue when he managed to get his head to Collins Fai's cross and nick it away from the lurking Clinton Njie.

Mensah followed that up by stopping a goalbound Bassogog volley.

There was a flurry of action towards the end including Owusu's effort against the bar, raising the question as to why the teams did not push forward earlier.

"We never start a match to draw, we start to win," said Seedorf.

"There are ways and ways to win a match. I am satisfied with a point."

Benin and Guinea Bissau completed a hat-trick of goalless draws at the Africa Cup of Nations on Saturday with a stalemate that left both teams waiting for their first-ever win at the competition.

After Angola and Mauritania began the day with a 0-0 draw in Group E and Cameroon and Ghana also failed to produce a goal in Group F, Benin and Guinea Bissau rarely looked like breaking the sequence in a scrappy match short of clear chances.

A draw always seemed the logical result in the Group F game given their respective historical records at the finals.

Benin, taking part for the fourth time, have drawn two and lost eight of their previous 10 matches in the competition while Guinea-Bissau, at their second finals, went into the match with a record of three defeats and a draw in four games.

Benin have two points from two games, level with Ghana, while Guinea-Bissau have one and face Ghana in their final game. Cameroon lead the group with four.

Steve Mounie went closest to breaking the deadlock when he sent a header over the bar in the 75th minute.

Jordan Adeoti sent an early effort into the side-netting for Benin and also had the best chance of the first half when he burst down the left but was pushed wide and his shot was saved by Jonas Mendes.

Piqueti and Pele were lively for Guinea Bissau, who have half their squad based in Portugal, and Sori Mane had their best effort when he won the ball, galloped forward but saw his shot deflected over.

"Our team did their job, we tried to cut their lines, we created some chances of our own and I think a draw was a fair result," said Guinea-Bissau coach Baciro Cande.

"It is very difficult for us to qualify but in football everything is possible and our target is to get to the round of 16.

"We know Ghana are very powerful, very strong but we will play our normal game, with no pressure."

© Copyright 2021 Reuters Limited. All rights reserved. Republication or redistribution of Reuters content, including by framing or similar means, is expressly prohibited without the prior written consent of Reuters. Reuters shall not be liable for any errors or delays in the content, or for any actions taken in reliance thereon.
Related News: Ghana, Jonathan Mensah, Bassogog, Cameroon, NRG
COMMENT
Print this article 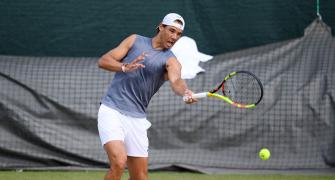 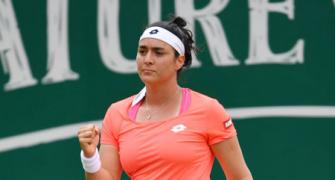 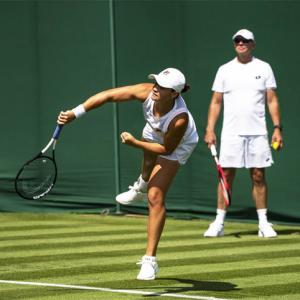