News
Business
Movies
Sports
Cricket
Get Ahead
Money Tips
Shopping
Sign in  |  Create a Rediffmail account
Rediff.com  » Sports » So, these days what is Djokovic's priority?

Winning Grand Slams is no longer my priority, says Djokovic 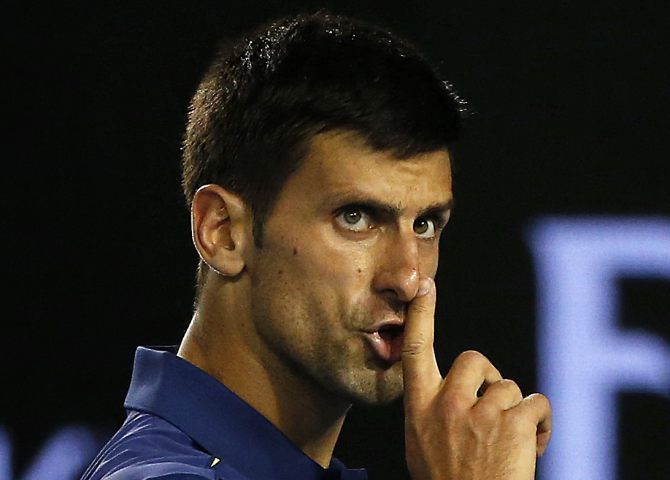 Novak Djokovic no longer sees winning Grand Slam titles or staying top of the men’s ATP rankings as a priority in his tennis career, Serbia’s world number one said on Friday.

“I don’t want to think about winning titles and being the number one any more in order to avoid putting pressure on myself,” Djokovic, the winner of 12 major tournaments, told reporters.

“I put too much pressure on myself after winning this year’s Roland Garros and I didn’t like it," the 29-year-old added.

"I always enjoyed tennis and relished the game away from tournaments too but in the last few months, all the talk about making history has brought too much pressure.

“It doesn’t mean I no longer want to contribute to the sport but I also don’t want to keep on playing just for the sake of winning titles.”

Djokovic, who steamrolled to Australian and French Open titles in the first half of the season, has suffered a dramatic loss of form since and pulled out of next week’s China Open with an elbow injury.

He lost to American Sam Querrey in the Wimbledon third round before he was knocked out in the opening round of the Olympic Games by Argentine Juan Martin del Potro.

Djokovic was unstoppable in 2015 when we won three out of four major titles and this year he finally completed a career slam after clinching his maiden French Open title by beating Briton Andy Murray in the final.

He pointed out several times after his Wimbledon and Olympic disappointments that the effort had drained him mentally and physically, raising question marks over his ability to equal Swiss maestro Roger Federer’s career tally of 17 Grand Slams.

Appearing to enjoy a light workout in the morning sun at a hardcourt complex overlooking the banks of Belgrade’s Sava river, Djokovic stressed that he was still keen to add more titles to his bulging trophy cabinet.

“If the wins and titles come I will embrace them with both arms,” he said.

“I am on an active vacation now and the Shanghai Masters is the next tournament.

“It’s a micro injury I am dealing with but its nature is such that it could develop into a long-term issue. I am close to being fully fit but the injury is still affecting my serve.”

© Copyright 2020 Reuters Limited. All rights reserved. Republication or redistribution of Reuters content, including by framing or similar means, is expressly prohibited without the prior written consent of Reuters. Reuters shall not be liable for any errors or delays in the content, or for any actions taken in reliance thereon.
Related News: Novak Djokovic, Juan Martin del Potro, ATP, Briton Andy Murray, Sam Querrey
SHARE THIS STORYCOMMENT
Print this article 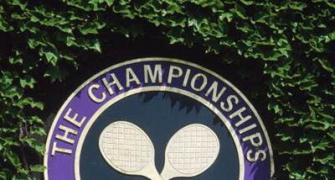 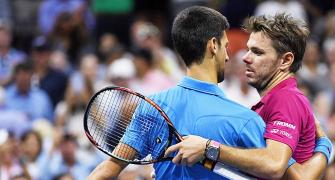 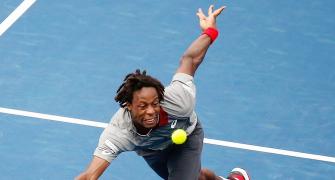 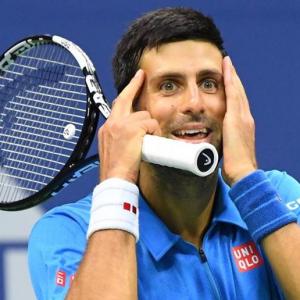 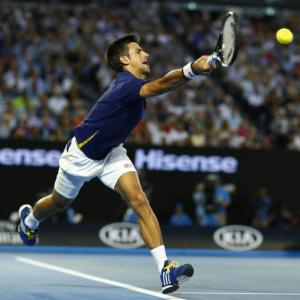