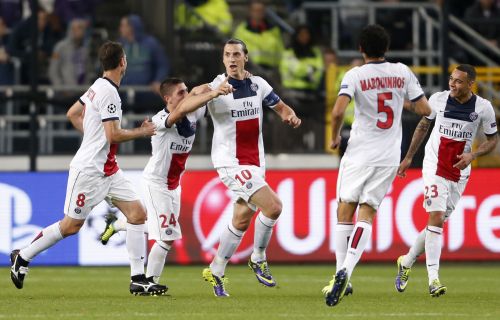 Zlatan Ibrahimovic struck four times, as PSG thrashed Belgian side Anderlecht 5-0 on Wednesday night, and joined a select band of strikers to score four goals in a single Champions League match. Bikash Mohapatra presents nine other players who preceded the Swede in performing the feat.

Zlatan Ibrahimovic already had his name registered on the UEFA Champions League record books. The 32-year-old is the only player to score for six different clubs in what is football’s most important competition.

Not bad for someone who’s yet to win the tournament, one may think. But, think again.

The Swede’s appetite for goals is unsatiated. Ahead of Paris Saint-Germain’s (PSG) Group C away tie against Belgian side Anderlecht, Ibra had scored six goals in four games for club and country. He added four more as PSG thrashed their hapless opponents 5-0, their biggest ever away win in Europe, to maintain their perfect record thus far.

In doing so he joined a select band of players to score four Champions League goals in a single match. The player, who scored all four for Sweden a year ago in a 4-2 friendly win over England, became just the 10th player ever in the tournament’s history to achieve the feat while also climbing to the 10th place on the all-time Champions League scoring list.

Here’s a look at the nine players who preceded Ibra in scoring at least four goals in one game in Champions League competition proper.

*The record is limited to the UEFA Champions League, a competition that commenced only from the 1992-93 season, and doesn’t include the preceding European Cup.

First person to set the record 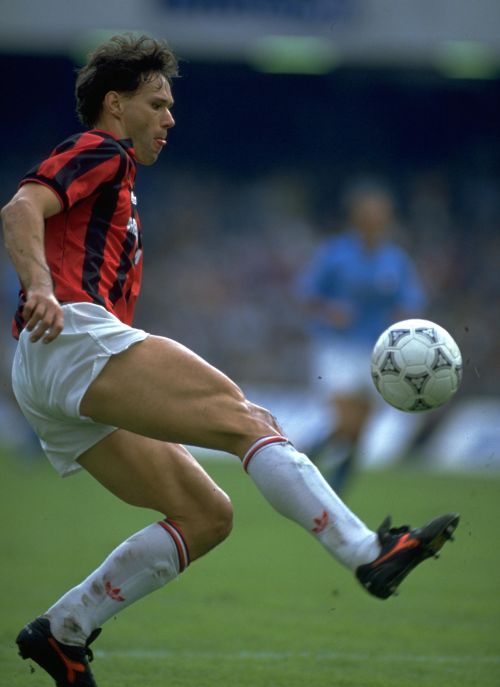 It is befitting that the first person to set the record is an all-time legend.

Marco van Basten achieved the feat when he was part of that all-conquering Milan side of the early 1990s.

In November 1992, the Dutchman netted all four goals his team against Swedish club IFK Goteborg. 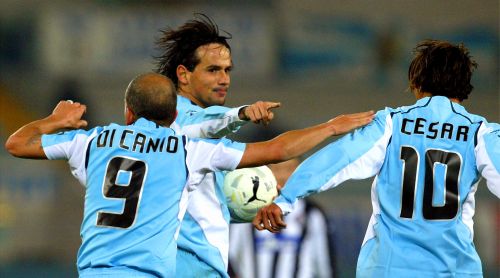 Simoni Inzaghi had a prolific first season with Lazio, especially in Europe, where he found the net on nine occasions.

Four of them came when the Rome club faced former champions Olympique Marseille in March 2000.

The Italian’s effort in the last 16 helped Lazio qualify for the quarter-finals, where they would succumb to eventual finalists Valencia. 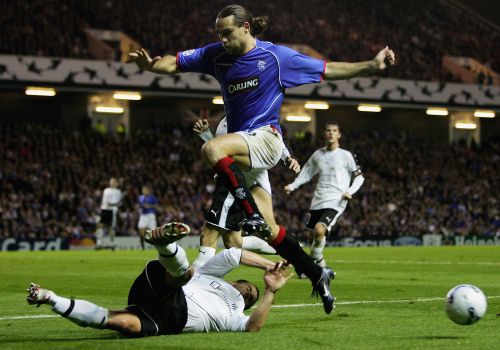 Does the name ring a bell?

Dado Prso would have been a more recognised name had some Jose Mourinho not stole his thunder.

For starters, Prso was highest scorer in Europe in the 2003-04 season, helping AS Monaco reach the Champions League final, where they lost to Mourinho’s FC Porto.

Among Prso’s most memorable displays was his four-goal performance in their 8-3 mauling of Spanish side Deportivo La Coruna, the latter at that time being a competitive side that not only finished in the La Liga top three in successive seasons but also won their lone domestic title in 2000.

Fourth highest scorer in the history of the Champions League 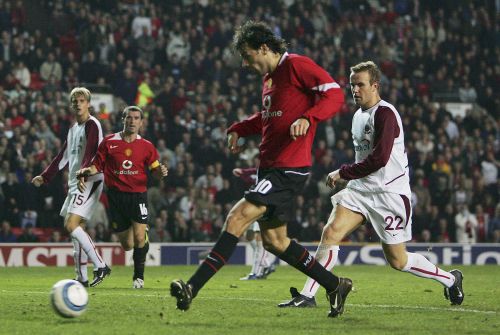 The Dutchman is the fourth highest scorer in the history of the Champions League.

It is sheer irony that he never won the competition, despite playing for regular contenders like Manchester United and Real Madrid.

In the 2004-05 season, Ruud van Nistelrooy, then playing for Manchester United, became only the fourth player to score four goals in Sir Alex Ferguson side’s win over Sparta Prague at Old Trafford.

His goal-scoring prowess helped United progress to the quarter-finals that year, where they lost to AC Milan. 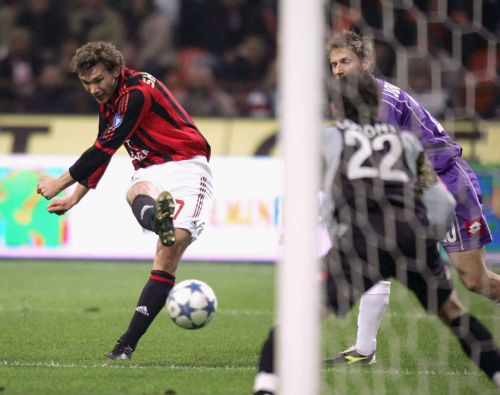 In the Champions League final of the 2004-05 season, it was Andriy Shevchenko’s missed penalty that proved costly for AC Milan.

The Italian powerhouse lost the final to Liverpool (in a shoot-out) despite being 3-0 up at one stage.

A few months later Shevchenko somewhat made up for that blemish, finding the net four times in Milan’s mauling of Turkish powerhouse Fenerbahce.

Poor Volkan Demirel! He was in the Fener goal that day and had to bear the brunt of the Ukrainian’s aggression. 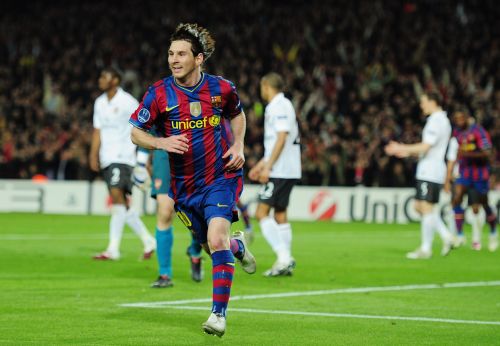 Why is Lionel Messi’s name so late in the list?

Well, simply because the list is in chronological order.

In April 2010, the Argentina player became only the sixth player ever to score four goals in a single Champions League game. His effort helped Barcelona get the better of Premier League side Arsenal.

Messi, being the world’s best player, wouldn’t stop there, of course.

In the 2011-12 season, the Barcelona forward became the first player to score five goals in a single game, in his side’s 7-1 demolition of Bayer Leverkusen at the Nou Camp in the last-16 tie.

So, if a list of those who scored five in a match is made, Messi’s name would appear first.

At the moment, though, it cannot be made, as one person doesn’t make a list.

Biggest win in the knock-out stage 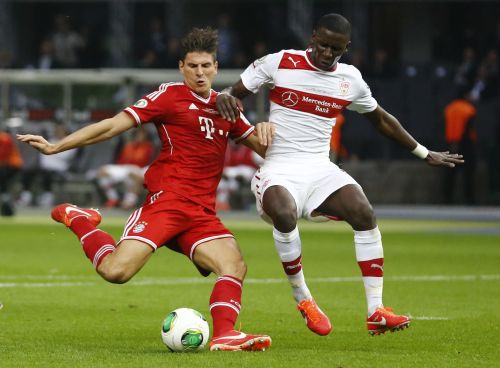 He now plays for Fiorentina, but most of Mario Gomez’s success came at Bayern Munich, the reigning Champions League winners.

In the German club’s 2011-12 campaign, Gomez scored four times as Bayern Munich demolished Swiss side FC Basel 7-0 to record their biggest ever win in the knock-out stages of the competition.

Basel had threatened to upset the Bavarians by winning the first leg 1-0. But Gomez’s effort -- he became the first German player to do so -- ensured Munich kept alive their dream of playing the final in their own stadium (Allianz Arena) –only to come up short against Chelsea in the final. 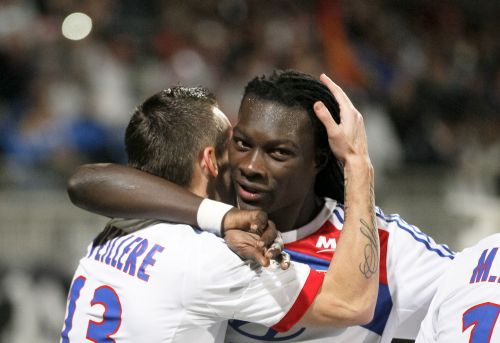 In December 2011, Olympique Lyon had a mountain to climb to book a berth in the knock-out stage of the competition.

Bafetimbi Gomis made it possible.

The forward scored four times in the last round of the group stage, helping Lyon to a 7–1 win over GNK Dinamo Zagreb, thereby progressing to the Round of 16 on goal difference.

During the course of his effort, Gomis also scored the fastest ever Champions League hat-trick, besting a mark set by Blackburn Rovers’ Mike Newell in December 1995. 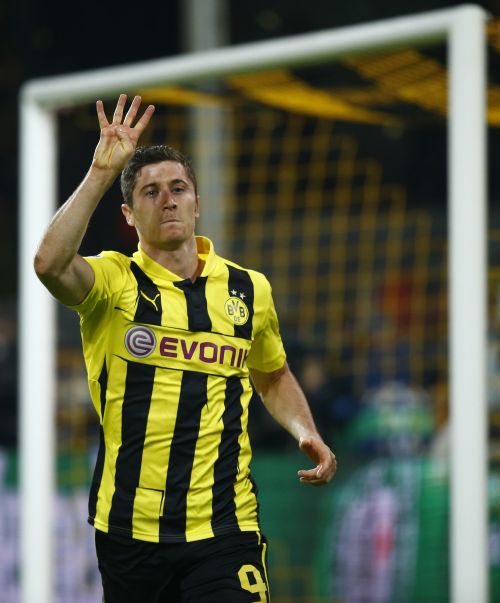 The best is reserved for last.

Robert Lewandowski’s effort for Borussia Dortmund earlier this year is, without doubt, the best, not only because it came against top quality opposition (Real Madrid) but also because it came in the semi-finals.

The Pole scored all four goals as Dortmund thrashed Madrid 4-1 in the first leg to all but seal a place in the final -- which they did despite losing the second leg.

The match in April this year had Dortmund, the only unbeaten side left in the competition, make it six wins from six at home (Signal-Iduna Park) while extending Madrid’s run of six straight defeats in Germany.

Lewandowski’s effort made him the first player to score a hat-trick against Real Madrid in the Champions League era. No wonder the Los Blancos are keen on his signature come January.