Ferrari put their long-term faith in Charles Leclerc on Monday by extending the 22-year-old’s contract for five more years until the end of 2024.

The Monaco-born Formula One driver won two of the 21 grands prix in 2019, making him the Italian team’s youngest winner, while his seven pole positions were more than anyone else managed.

He also ended the campaign fourth overall and above his 32-year-old team mate Sebastian Vettel, a four times world champion whose contract expires at the end of 2020, in the drivers’ standings.

“I am very happy to be staying on with Scuderia Ferrari. This past season, driving for the most illustrious team in Formula One has been a dream year for me,” Leclerc said in a statement.

“I cannot wait to enjoy an even deeper relationship with the team after what has been an intense and exciting 2019. I’m keen to see what the future holds and I can’t wait to get going again next season.”

The decision ensures Leclerc will be with Ferrari when the sport enters a new era in 2021, with Vettel’s future far from certain.

It also means the youngster could be an eventual team mate to six-times world champion Lewis Hamilton, the subject of plenty of speculation about his plans after Mercedes.

The Briton’s contract expires at the end of next year and Ferrari have confirmed meetings with chairman John Elkann.

Team principal Mattia Binotto indicated the decision to commit to Leclerc, who made his F1 debut with Sauber (now Alfa Romeo) in 2018 before replacing Kimi Raikkonen at Maranello, had been easy.

“With each passing race this year, our wish to extend our contract with Charles became ever more self-evident,” he said.

“It demonstrates that Charles and the Scuderia have a firm future together...I’m sure that together, we will write many new pages in the history of the Prancing Horse.”

Ferrari finished runners-up to Mercedes this year, despite starting as favourites.

Leclerc’s performance, with back-to-back wins in Belgium and Italy, provided optimism even if his speed also triggered incidents with Vettel, who started the year as Ferrari’s main man but felt uncomfortable in the car and made plenty of mistakes.

The pair collided in Brazil, a low point for Ferrari.

“Charles has a lot of talent. I think he has surprised even ourselves as to what he was capable of doing,” Ferrari chief executive Louis Camilleri told reporters this month.

“And the most encouraging thing is as the season unfolded, he became stronger not only as a driver, but as an integral part of the team.”

Binotto said at the same lunch in Maranello that Leclerc had learnt a lot from Vettel.

“It’s not about his mistakes or not. It’s really a matter of how does he see himself as far as his future and how we do see our lineup.”

Kim Clijsters, who retired for a second time in 2011, confirmed that she was making a comeback starting in Mexico in March.

"A few more weeks of patience and I'll be ready to go," the Belgian four-time major winner said in a video posted on social media. "The absence has been long enough."

Clijsters first retired in May 2007, before returning in August 2009 after giving birth to her first child.

The 36-year-old originally planned to return to competition in time to play in January at the Australian Open, a Grand Slam she won in 2011. But she was held up by a knee injury.

© Copyright 2020 Reuters Limited. All rights reserved. Republication or redistribution of Reuters content, including by framing or similar means, is expressly prohibited without the prior written consent of Reuters. Reuters shall not be liable for any errors or delays in the content, or for any actions taken in reliance thereon.
Related News: Charles Leclerc, Scuderia Ferrari, Sebastian Vettel, Mattia Binotto, Lewis Hamilton
SHARE THIS STORYCOMMENT
Print this article 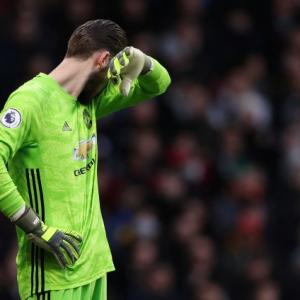 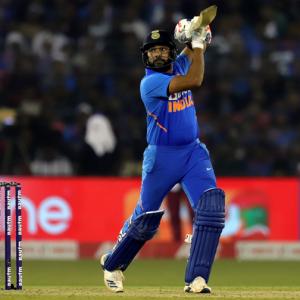