News
Business
Movies
Sports
Cricket
Get Ahead
Money Tips
Shopping
Sign in  |  Create a Rediffmail account
Rediff.com  » Sports » Serena aims to inspire women the world over with this powerful message 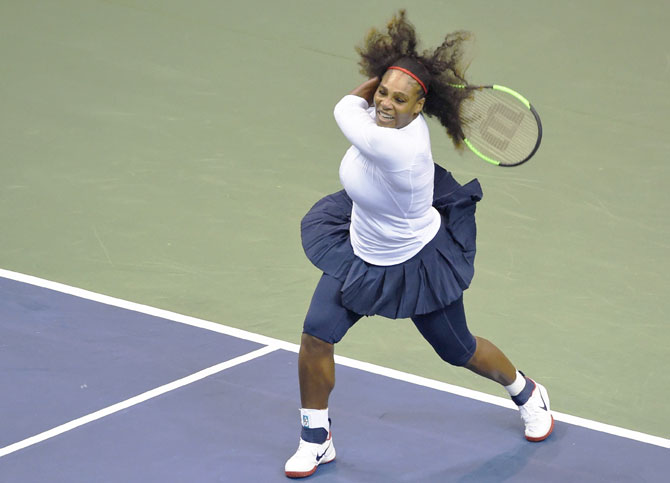 IMAGE: Serena Williams, who won her 23rd Grand Slam title at last year's Australian Open before going on maternity leave, returned to the tennis courts, last month when she represented the United States in a Fed Cup doubles match, and is scheduled to take part in the BNP Paribas Open at Indian Wells this week. Photograph: Richard Shiro/Getty Images

Serena Williams has in her own indomitable way become an inspiration to women the world over.

From being criticised for not being pretty enough, to enduring racial abuse, the tennis star has battled it all to become the world's finest to have ever played the sport, and play the role of a mother to her 6-month-old daughter Alexis Ohanian Jr.

Encapsulating those very qualities, the 23-time Grand Slam-winning champion and Nike have partnered to produce an advert that is so inspiring, it's goosebumps inducing.

Serena posted the video on her Instagram account and captioned it: "Never let anyone tell you what you are not. #untilweallwin @nikewomen #Nike‬". 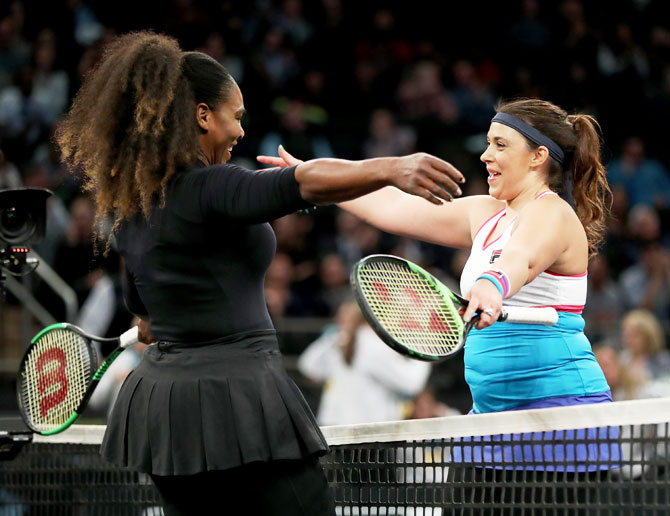 Serena had said on Monday that she "can't wait for the future" as she warmed up for her return to the WTA Tour at the Tie Break Tens exhibition at Madison Square Garden.

The 23-time Grand Slam champion is competing at the elite Indian Wells hardcourt tournament this week, her first tour action since her 2017 Australian Open triumph.

Williams was pregnant when she lifted the trophy in Melbourne last year, and missed the rest of 2017 awaiting the birth of her daughter in September.

"I think everyone should have high expectations," said Williams, who will be unseeded at Indian Wells and open her campaign against 53rd-ranked Zarina Diyas of Kazakhstan.

"That's the message that I'm sending."

Williams remains motivated to chase down Margaret Court's all-time record of 24 Grand Slam singles titles but is also hoping to give her now six-month-old daughter a chance to have some memories of watching her mother in action.

"I've always been an extremely motivated person, but my main thing is that I would love for my daughter to be around with me doing great, and playing amazing, so that definitely gives me some motivation," she added.

"I would have thought I would have retired six years ago, but I'm still here and I'm playing great, and I think I'll still be playing good."

Unseeded Williams is scheduled to open her Indian Wells campaign with a first round tie against Zarina Diyas of Kazakhstan on Thursday.

Earlier on Monday, her coach Patrick Mouratoglou had said Serena’s return to the WTA Tour following the birth of her first child will be the 'greatest challenge' of her career.

Mouratoglou said fans had to give Williams time to adjust to the rigours of the sport.

"I think she'll be ready for Roland Garros. The competitions she will play until then will help her and every day she progresses on her fitness," he told the Women's Tennis Association website.

"Serena's target will be to win Grand Slams. She knows that coming back might take some time, but her level of expectation is high as always. There are three grand slams left this season. They will be her three main goals for 2018." Will Serena be ready for Roland Garros? 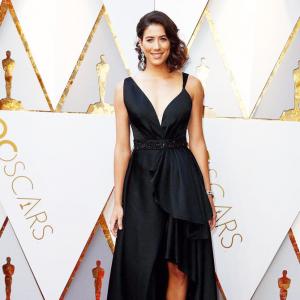