Novak Djokovic spurred Serbia to a 3-0 win over neighbours Croatia in the first round of the Davis Cup on Saturday and they will be joined in the quarter-finals by an equally rampant France.

Britain's progress was put on hold after they lost an enthralling doubles to the United States on Saturday.

Holders Switzerland, missing Roger Federer and Stanislas Wawrinka, fell behind 2-1 at Belgium while the Czech Republic hauled themselves back against Australia.

World number one Djokovic, who was a late replacement for Viktor Troicki, teamed up with Nenad Zimonjic to blow away Marin Draganja and Franko Skugor 6-3, 6-4, 6-1 in Serbia's central city of Kraljevo. The home fans, who roared on the Serbs but also gave the Croatians a warm reception throughout the tie, were given a scare in the second set when Djokovic received medical treatment for a cut on his right hand.

But they were relieved to see him carry on and produce one of his best doubles performances as 38-year-old Zimonjic rolled back the years.

"Novak played unbelievably well today and we are delighted to have sealed a quarter-final spot," Serbia coach Bogdan Obradovic said.

Djokovic added: "We decided that I should come in for Viktor because that was the best combination in this moment.

"Being 2-0 up after the opening day was a massive confidence boost and we did everything right today, from the first to the last point." Dominic Inglot and Jamie Murray of the Aegon GB Davis Cup Team in action against Mike Bryan and Bob Bryan of the United States during the doubles match on Day 2 of the Davis Cup match. Photograph: Mark Runnacles/Getty Images

Having won both their singles against the Americans after Andy Murray beat Donald Young and James Ward staged a comeback against John Isner on Friday, Britain nearly conjured another impressive fightback in the doubles.

Murray's brother Jamie and Dominic Inglot found themselves two sets down against the world's top ranked pairing of Bob and Mike Bryan but, cheered on by a boisterous crowd in Glasgow, the British duo fought back.

As American captain Jim Courier watched on anxiously from the sidelines, the Bryan twins eventually stretched the tie into a third day with a 6-3, 6-2, 3-6, 6-7(8), 9-7 victory.

Leading 2-1 ahead of Sunday's mouth-watering climax, Britain will now rest the bulk of their hopes on Andy Murray beating Isner in the first reverse singles. The winner's reward will be a last-eight meeting with France, who dismissed Germany after Julien Benneteau and Nicolas Mahut brushed aside Benjamin Becker and Andre Begemann 6-4, 6-3, 6-2.

The win puts Brazil in position to advance to the quarter-finals for the first time since 2001 if they can win one of Sunday's singles matches.

Belgium's Ruben Bemelmans and Niels Desein recovered from a set down to beat Michael Lammer and Adrien Bossel 1-6, 6-3, 6-2, 6-2, giving the hosts a 2-1 lead over the holders ahead of Sunday's reverse singles.

The Australians lost the fourth set tiebreak before fizzling out in the fifth to hand the Czechs a lifeline.

"This was a tough match but we kept fighting and managed to turn it around," said Vesely.

"At the end of the fourth set and the whole of the fifth Adam played perfectly."

Italy took a 2-1 lead at Kazakhstan.

© Copyright 2021 Reuters Limited. All rights reserved. Republication or redistribution of Reuters content, including by framing or similar means, is expressly prohibited without the prior written consent of Reuters. Reuters shall not be liable for any errors or delays in the content, or for any actions taken in reliance thereon.
Related News: Novak Djokovic, Mike Bryan, Jamie Murray, Vasek Pospisil, Daniel Nestor
SHARE THIS STORYCOMMENT
Print this article 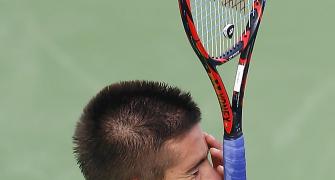 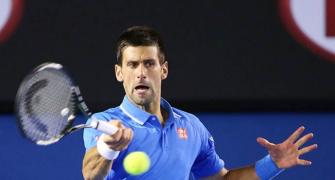 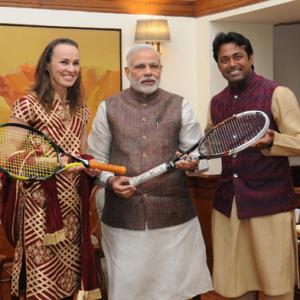