'God has decided my career and he will end my career, so no human can stop me from running,' declares Caster Semenya after winning first race since gender ruling defeat. 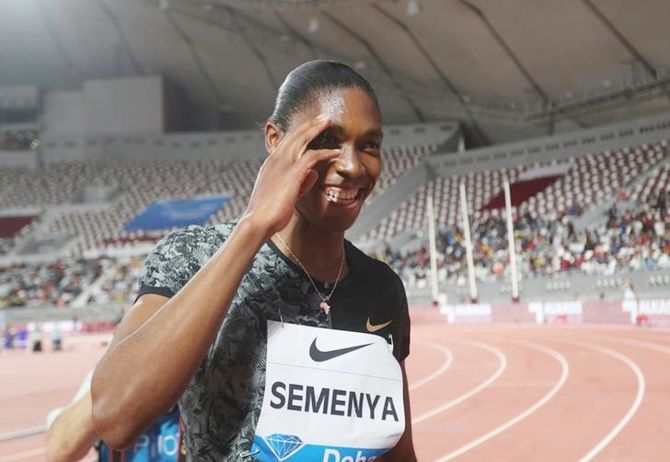 Double Olympic champion Caster Semenya's future was in doubt on Friday after she said she would not take medication to lower her testosterone levels to comply with new rules for the 800 metres.

There was confusion about how she will be able to compete in her specialist event again, as the 28-year-old South African declared "Hell no!" when asked if she would take testosterone-lowering medication.

At Friday's Diamond League meeting in Doha, she was adamant she would be back in the Qatari capital in September to defend her 800 metres World title. But how she plans to do that without conforming to the new rules remained unclear.

Semenya easily won the 800 metres event on Friday, the last time she will be able to run that distance before the International Association of Athletics Federations' testosterone limiting rules come into effect on May 8.

Under the new regulations, female athletes with high natural levels of testosterone wishing to compete in events from 400m to a mile must medically limit that level to under 5 nmol/L, double the normal female range of below 2 nmol/L.

Semenya, who has battled for years against the new rules and was competing two days after losing her appeal at the Court of Arbitration for Sport (CAS), also refused to clarify suggestions that she would switch to a new distance that is exempt.

However, she said she would return to Doha in September to compete in the 800m at the World Championships.

"Yes of course ... I will be here defending the world title," she said, adamantly rejecting suggestions she would quit the sport altogether.

"I'm never going anywhere," she said. "At the end of the day, it's all about believing.

"God has decided my career and he will end my career, so no human can stop me from running. I understand there's been a lot of controversy but that does not control anything."

In Wednesday's ruling, CAS said the regulations were necessary for athletes with differences in sexual development (DSDs) to ensure fair competition. Semenya's legal team said it was considering appealing that ruling.

The case is likely to have far-reaching consequences for women's sport, and has split opinion around the globe.

"We're doing it for the next generation. We want to inspire them," Semenya said.

"I believe in my legal team, they will do their best to get me back on the track."

Following the CAS case, other sporting bodies may now choose to set their own parameters for participation by athletes with difference in sexual development (DSD) in their individual codes.

Semenya cruised home on Friday as she won her 30th successive race over the distance in one minute 54.98 seconds, nearly three seconds ahead of Burundi's Francine Niyonsaba.

Given a warm reception by a sparse crowd at Doha's Khalifa International Stadium as the runners were presented at the start, Semenya bided her time before taking the lead with around 300 metres left and then powered away from the rest of the field.

If Semenya wants to continue with the 800m, she must now begin taking medication to lower her testosterone levels, based on the new rules. Testosterone is a hormone that increases muscle mass, strength and haemoglobin - which affects endurance.

Semenya could compete in longer distances not affected by the rule change.

She claimed the 5,000-metres title at the South African Athletics Championships last week, an event not covered by the IAAF regulations, but in a modest time of 16:05.97, well below the qualifying standard for the world championships of 15:22.00.

"I'm a crazy athlete, I switch events like hell but, yeah, 800 metres is my calling, I believe in it, and that's what I want to do," she said.

"I will switch races when I want to -- no man can tell me what to do. I'm here for a purpose, if I want to switch events I switch them, but if someone wants me to switch them, that's their own problem, not mine.

Olympic chief Thomas Bach said on Saturday he had sympathy for Caster Semenya but respected the Court of Arbitration for Sport (CAS)’s decision that means the South African athlete will have to reduce her testosterone levels to compete.

Semenya won gold in the 800 metres at the last two Olympics but Wednesday’s CAS ruling means she will have to artificially reduce her levels of the hormone to defend her titles in Tokyo next year.

“The IOC respects CAS decisions, as we always do ... but from a human point of view, yes, I have sympathy for her.”

The governing International Association of Athletics Federations (IAAF), who control the rules of competition in track and field at the Olympics, have imposed the conditions on female athletes with differences in sexual development (DSDs).

They cover track events ranging from 400 metres to a mile and Semenya has already indicated that she will not take medication to reduce her levels of testosterone, which increases muscle mass, strength and haemoglobin.

Bach said an IOC working group would examine the full CAS ruling once it was available, including recommendations from the panel of judges on how the rules should be implemented.

The World Medical Association (WMA) on Friday called on its members not to implement the regulations, saying there was “weak evidence” that they were necessary and that they should be scrapped.

“This is why we have this working group, where there are also medical experts,” Bach added.

“They try, as we always try in these situations, to come to what scientists call a consensus. This is what they are working on. I am not a medical expert so I cannot comment on the (WMA) statement. I have to rely on the experts.

Semenya’s legal team have said they are considering appealing the CAS ruling.

“I’ve had death threats. I’ve had threats against my family and that’s not a position I want to be in,” the 28-year-old told the BBC after finishing ninth behind winner Semenya in Friday’s Diamond League 800m race in Doha.

The victory was the 30th consecutive for double Olympic champion Semenya at the distance but the last before new International Association of Athletics Federations (IAAF) rules affecting the South African and other women with high natural levels of testosterone come into effect.

The Court of Arbitration for Sport (CAS) ruled on Wednesday the regulations were necessary for athletes with differences in sexual development (DSDs) to ensure fair competition.

In the future, Semenya and others with DSD must take medication to reduce their testosterone levels to under 5 nmol/L - double the normal female range of below 2 nmol/L - if they wish to continue competing in races between 400 metres and a mile.

But the South African defiantly said “hell no” on Friday when asked if she would take medication.

Sharp, the 2012 European 800m champion, said it has been a difficult time for her and other runners dealing with the situation.

“By no means am I over the moon about this, it’s just been a long 11 years for everyone,” said Sharp, who once said Semenya was “light years ahead” of her competitors.

“I’ve known Caster since 2008, it’s something I’ve been familiar with over the past 11 years.

“No-one benefits from this situation - of course she doesn’t benefit, but it’s not me versus her, it’s not us versus them.”

Testosterone is a hormone that increases muscle mass, strength and haemoglobin - which affects endurance. Some competitors have said women with higher levels of the hormone have an unfair advantage.

© Copyright 2022 Reuters Limited. All rights reserved. Republication or redistribution of Reuters content, including by framing or similar means, is expressly prohibited without the prior written consent of Reuters. Reuters shall not be liable for any errors or delays in the content, or for any actions taken in reliance thereon.
Related News: Caster Semenya, Court of Arbitration for Sport, Doha, International Association of Athletics Federations, DSD
COMMENT
Print this article 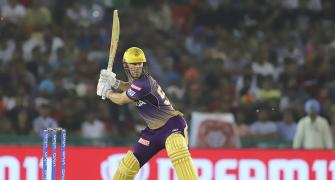 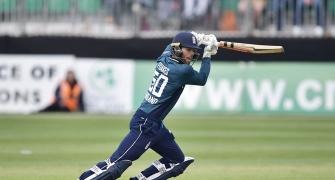 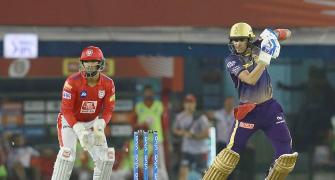 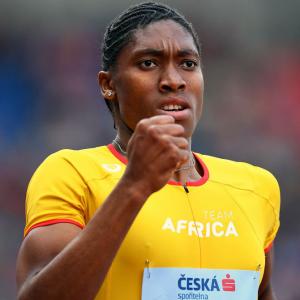 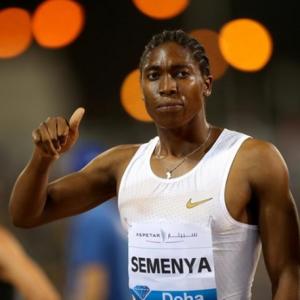