'We are going with a great amount of potential and never before in history have you gone into an Olympic games with realistic chances of winning multiple medals.' 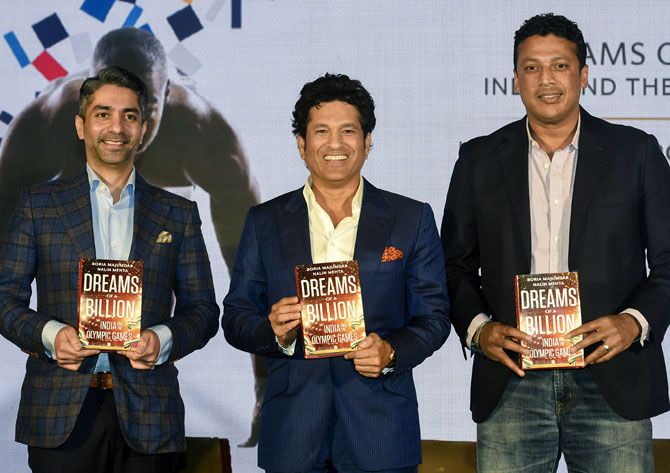 IMAGE: Abhinav Bindra, Sachin Tendulkar and Mahesh Bhupathi at the launch of the book Dreams of a Billion - India and the Olympic Games in Mumbai on Thursday. Photograph: PTI

Athletes capable of adapting to uncertainty amid the coronavirus outbreak will be best placed to succeed at the Tokyo Olympics, India's sole individual Olympic champion Abhinav Bindra said.

Known for his Zen-like poise and attention to minute details in preparation, Bindra, who won shooting gold at the 2008 Games in Beijing, said adaptability is key for athletes training to excel in Tokyo amid concerns about the virus.

"You can be very precise in preparation but at the end of the day, one of the most important aspects of performance is adaptability," said Bindra, who underwent commando training, had his brain mapped and even designed his own shoes in his pursuit of excellence.

"You can prepare to the highest level... and do everything right but there will be some variable that will come into the equation at the very end. And what athletes at the highest level do, who are successful, is adapt.

Bindra, who retired from shooting after the Rio de Janeiro Games four years ago, said athletes may have to adapt their schedules, training cycles and travel plans due to the coronavirus outbreak.

Japan has recorded over 1,000 coronavirus cases with 12 deaths, while more than 3,000 have died globally, most of them in China. A number of sporting events have been cancelled or postponed because of the outbreak.

The rapid spread of the flu-like virus has raised questions about whether the Games will be postponed or cancelled, although the Japanese government has said in recent days that the competition will begin as scheduled on July 24.

International Olympic Committee president Thomas Bach said that cancellation has not even been discussed. India have won 28 medals since first competing at the Olympics in 1900 but Bindra remains the only individual gold medallist with his victory in the men's 10 metre air rifle in Beijing.

The world's second-most populous country sent more than 120 athletes to Rio four years ago with hopes of exceeding the six medals won at London in 2012, but returned with only a silver in badminton and a wrestling bronze.

Bindra was subsequently named on a panel entrusted with preparing for the country's success at the next three Games. Grassroots development will be the key to achieving that, he said.

The marksman predicted a "best-ever Olympic performance" from India in Tokyo and said the shooters will bring home the most medals.

"I think there's so much positivity around our athletes, they've done superbly well in the last couple of years in a wide variety of sports," Bindra said, adding that he expects soon to become India's "first" gold medallist and not "lone".

"A lot of young people are going to the Games and we are going with a great amount of potential and never before in history have you gone into an Olympic games with realistic chances of winning multiple medals," he said.

"I just hope and pray that potential gets converted into medals at the games in July."

© Copyright 2020 Reuters Limited. All rights reserved. Republication or redistribution of Reuters content, including by framing or similar means, is expressly prohibited without the prior written consent of Reuters. Reuters shall not be liable for any errors or delays in the content, or for any actions taken in reliance thereon.
Related News: Abhinav Bindra, PTI, Tokyo, India, Mahesh Bhupathi
SHARE THIS STORYCOMMENT
Print this article 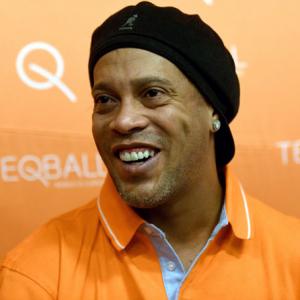