A group of Sauber engineers were robbed at gunpoint shortly after Formula One world champion Jenson Button escaped unhurt from a similar attack at the Brazilian Grand Prix, the team said on Sunday.

"They left the track, three engineers together in a van, at around 8 p.m. (on Saturday)," a spokesman said.

"They had to stop at the red light and then all of a sudden five people were around the car, one with a machine gun, and they opened the door and took two rucksacks and disappeared. So nobody was injured."

McLaren's Button was the victim of an attempted armed robbery about an hour earlier but his police driver smashed his way through traffic to escape when the gunmen were seen approaching.

© Copyright 2020 Reuters Limited. All rights reserved. Republication or redistribution of Reuters content, including by framing or similar means, is expressly prohibited without the prior written consent of Reuters. Reuters shall not be liable for any errors or delays in the content, or for any actions taken in reliance thereon.
Related News: Sauber, Jenson Button, McLaren
SHARE THIS STORYCOMMENT
Print this article

Sauber to change name at end of F1 season 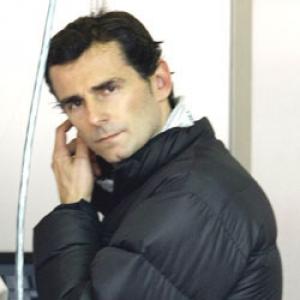