India captain Sardar Singh became the highest-paid marquee player at the inaugural Hockey India League auctions as the Delhi franchise bought him for $ 78,000 (Rs 42.49 lakh), while drag-flicker VR Raghunath also grabbed quite a few eyeballs with an intense bidding war for him in New Delhi on Sunday.

Raghunath was eventually bought by Sahara Uttar Pradesh Wizards for $ 76,000 (Rs 41.40 lakh) after a lot of drama. 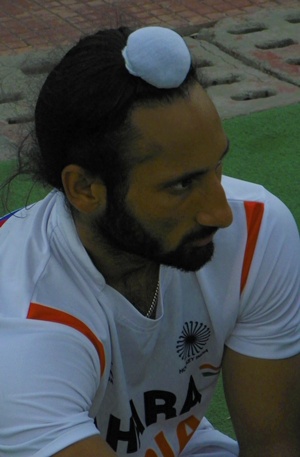 Such was the bidding war for Raghunath between UP Wizards and Delhi Waveriders that his ultimate sale price turned out to be $ 10,000 more than UP franchise's marquee player Teun de Nooijer, who was bought for $ 66,000 (Rs 35.93 lakh).

As per rules, a marquee player will get 15 percent more than the highest-paid player of the team and thus Raghunath's price would fetch more for De Nooijer. Interestingly, Raghunath's base price was only $ 13,900 (Rs 7.56 lakh).

But Raghunath's senior teammate Sandeep Singh had an embarrassing day as he was merely paid his base price of U$ 27,800 (Rs 15.13 lakh) by Mumbai team.

The other highlight was young defender Rupinder Pal Singh fetching $ 56,000 (Rs 30.48 lakh) from Delhi after starting with a modest base price of $ 9,250 (Rs 5.03 lakh) in an interesting bidding war that surprised one and all.

"I am extremely delighted that I have been able to command a good price. I wasn't aware about my price as I was a bit late in coming. By the time I reached here, I was already sold," Sardar said with a smile of contentment after being snapped by Delhi Waveriders.

Will the India captain and his teammates pull each other's leg about their respective prices, Sardar replied, "Certainly. All of us won't let go a chance to indulge into leg-pulling sessions. Already the facebook is filled with updates." 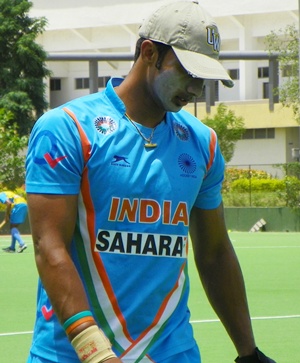 Ace drag-flicker Sandeep was left red-faced during the silent bidding of the marquee players as he found to his dismay that Mumbai Magicians have got him for his base price of $ 27,800 (Rs 15.13 lakh). India's captain in the London Olympics debacle, Bharat Chetri, was among the notable unsold players of the day.

The saving grace for Sandeep certainly was Aussie defender Joe Carrol who was bought by Mumbai for $ 56,000 which meant that senior India player would at least get 15 percent more as a marquee player.

While The Netherlands captain Teun de Nooijer fetched $ 66,000 as a marquee player from the Sahara-owned UP franchise Uttar Pradesh Wizards, German skipper Morris Fuertze was second highest-paid player commanding a price of $ 75,500 (Rs 41.10 lakh) from the Ranchi Rhinos.

Team India forward SV Sunil got a handsome $ 42,000 (Rs 22.86 lakh) from Delhi after their intense bidding war with Punjab. 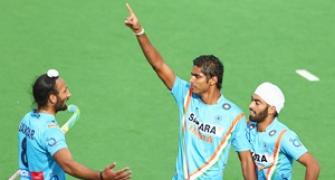 Champions Trophy: India edge out Belgium, meet Aus in semis
One has to make allowances for friends: Suu Kyi on India 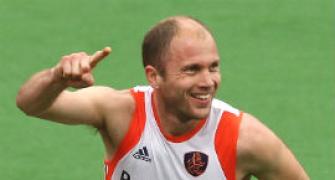 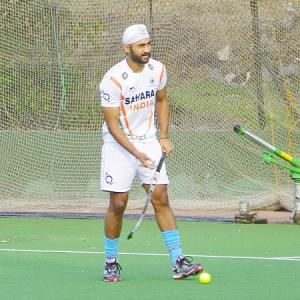 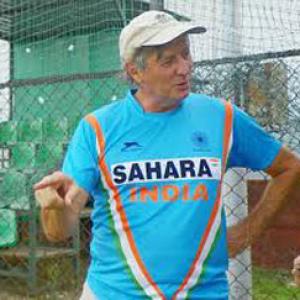