Saina Nehwal suffered a straight games defeat at the hands of sixth seed Yanjiao Jiang of China in the quarter-finals to crash out of the Korea Super Series in Seoul, on Friday.

The fourth seed Indian lost 17-21, 10-21 to the world number six Jiang in a 36-minute battle in the women's singles competition.

The 21-year-old started well in the opening game and was leading 5-1 but couldn't sustain the pressure as the Chinese drew parity at 8-8 and then kept widening the gap, moving to 14-10.

Saina tried to come back, gaining a few points but Jiang managed to keep her nose ahead and pocketed the first game.

In the second game, Saina put up a fight but it lasted till 7-6 as the Chinese reeled off six points on the trot to surge ahead and held fort to enter the semi-finals.

The world number four Indian will next play in the Malaysia Open starting on January 10. 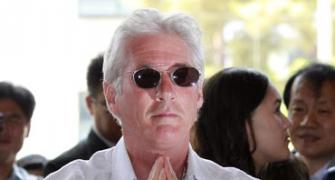 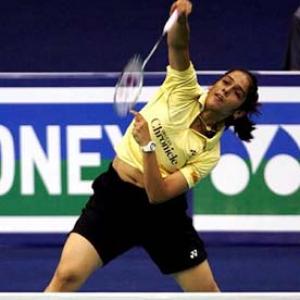