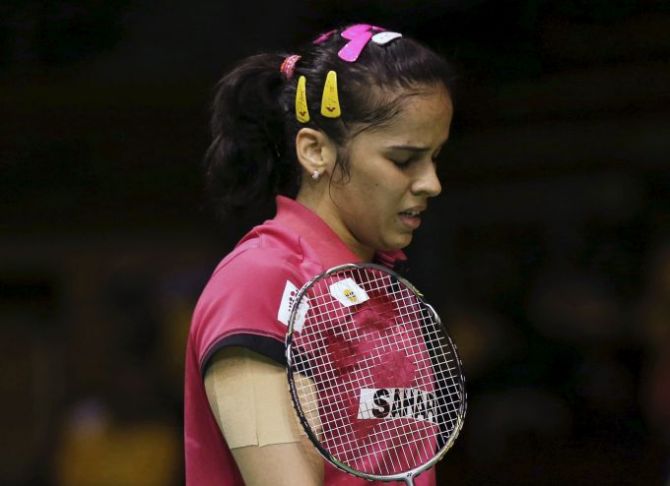 Ace shuttler Saina Nehwal will lose her world No. 1 ranking after her gallant fight against Olympic champion Li Xuerui in the semi-finals ended in heartbreak at the $500,000 Malaysia Open Super Series Premier badminton tournament in Kuala Lumpur.

Saina, who won the India Open Super Series last week, again failed to come good against Xuerui, who has now won nine of their 11 meetings.

The Hyderabadi, who is in good form since winning the China Open last year, played out of her skin in a match where fortunes fluctuated, but it was Xuerui who emerged victorious. 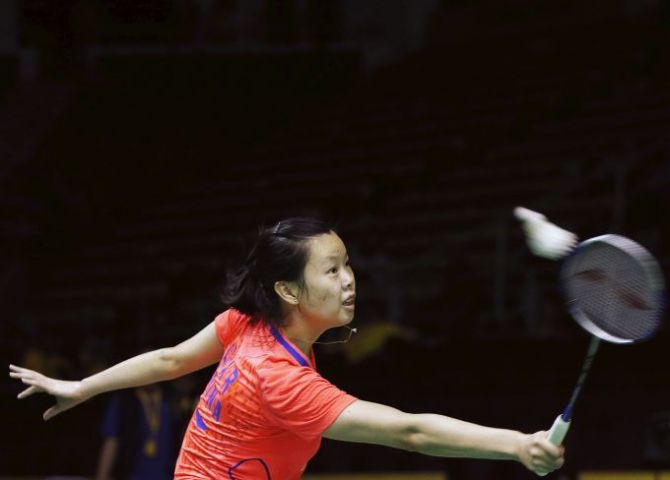 Saina became world No. 1 after her exploits at the India Open triumph last week and the semi-final finish at Malaysia will give her 7700 points. However, reaching the final means the Chinese will regain the No. 1 ranking.

Saina, who had beaten Xuerui only twice, at the 2010 Singapore Open and 2012 Indonesia Open, started the match on a confident note and broke away at 6-6 to gradually increase the lead with straight bursts of points.

She led 11-6 at the break and soon moved to 15-7 after the interval. Xuerui's movement seemed a little slow, probably due to an injury in her right knee. She tried to reduce the gap but Saina kept her tosses as accurate as possible as they landed just on the baseline. Soon the Indian pocketed the game comfortably to lead 1-0.

The second game was a close contest as the lead changed hands right from the start after Saina had a narrow 3-1 advantage. After changing to the fast side of the court, Saina found the going tough as the Chinese clawed back quickly and was neck and neck till 10-10, before managing to grab three points at 18-17 to bounce back. 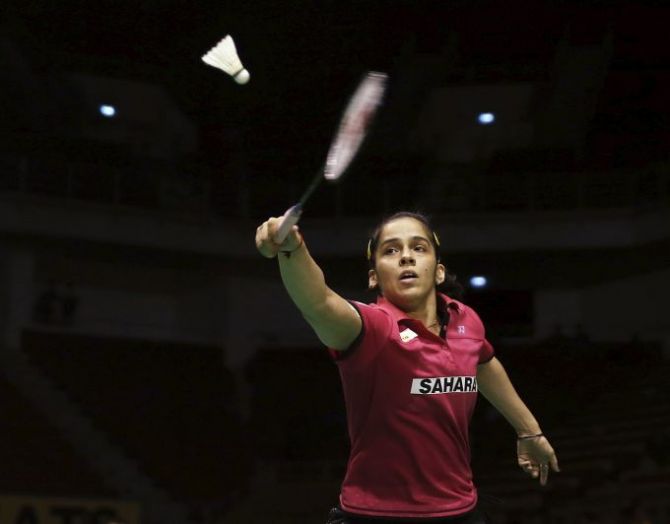 In the decider, Saina grabbed an early 12-7 lead but Xuerui used her height and reach to good effect and soon reeled off five straight points to catch up with the Indian. It then turned out to be an edge-of-the-seat thriller as Saina and Li fought tooth and nail for each point.

Li played some lovely overhead shots and was also good at the net. The change of side at the break brought Saina back to the fast side and the drift once again affected her game as the match turned into a battle of nerves.

Saina was 19-18 up but the Xuerui eventually showed better nerves in a battle of attrition to grab a place at the final.