Seeded fourth in the tournament, Saina lost 16-21, 15-21 to the two-time All-England champion, seeded three places lower than her, in a 29 minutes.

There was nothing much to separate the two in net and smash winners but the Dane won more rallies, which made the difference.

The first game was a neck-and-neck affair and the scoreline was 10-10 midway. The game could have gone either was but Baun surged ahead to lead 17-11 with five consecutive points.

The Indian tried her best to narrow the gap and took three straight points to make the scoreline 15-17, but her opponent showed tenacity to score four more points and take the first game.

In the second game, Saina simply lost her way after 4-4. She recovered some lost ground by narrowing the gap at 14-16, but, just like the first game, Baun did not allow her any chance to come back into the match.

Saina won one more point but could not prevent the Dane from taking the game easily.

Two other Indians, Gurusaidutt and Ajay Jayaram lost their respective men's singles quarter-finals, and with that India's campaign in the Hong Kong Super Series ended.

Gurusaidutt, who had stunned world No 9 Pengyu Du of China in his previous  round match, lost to second seeded Chen Long of China 13-21, 21-23 in a 43-minute contest.

To the credit of the Indian, he gave a scare to his much superior Chinese opponent in the second game which was stretched to extra-points.

The first game was a no contest with Chen Long leading from the start to the end. Once the scoreline was 14-5 in favour of the Chinese, Gurusaiduttt seemed at sea.

The Indian, however, fought back superbly in the second. He was trailing 9-16 at one time but recovered to level the score at 20-20 and 21-21 only to fail to hold on to his nerves in the end against his much experienced opponent.

India's mixed doubles pair of Jwala Gutta and V Diju had crashed out of the tournament in the second round while the men's doubles duo of Rupesh Kumar and Sanave Thomas met the same fate.

The women's doubles pair of Gutta and Ashwini Ponnappa could not get past the first round. 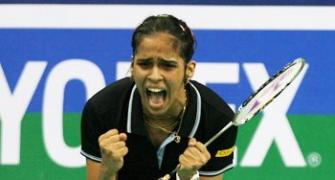 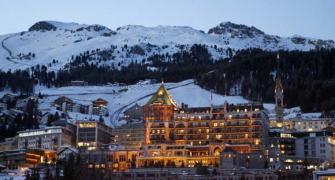