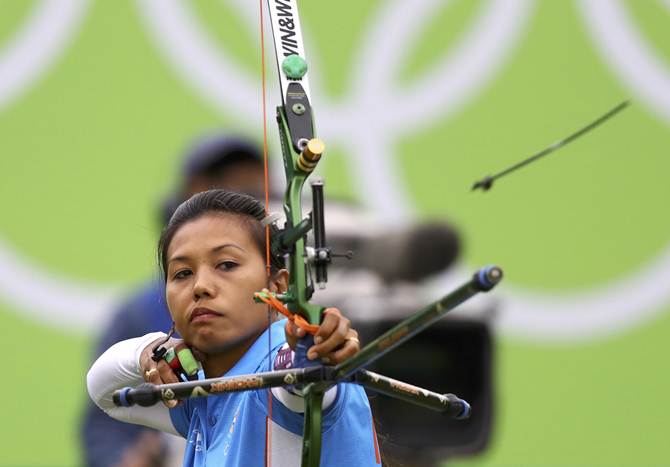 Check out India’s report card on the fifth day of the 2016 Olympics.

Women’s Individual Recurve: Deepika beat Georgia's Kristine Esebua, 6-4 in the 1/32 elimination round and Italy's Sartori Guendalina 6-2 in the 1/16 elimination. IMAGE: India’s Avtar Singh is at the receiving end from Misenga Popole of the Refugee Olympic Team in the men's judo 90kg elimination Round of 32 at the Rio Olympics on Wednesday. Photograph: Toru Hana/Reuters

Avtar Singh lost to Misenga Popole of the Refugee Olympic Team in the men's 90kg elimination Round of 32. IMAGE: Australia’s Jane Claxton, centre, celebrates with her teammates after scoring against India in the women’s Pool B hockey match at the Rio Olympics on Wednesday. Photograph: Vasily Fedosenko/Reuters 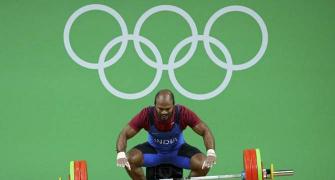 Lifter Sivalingam out of medal contention 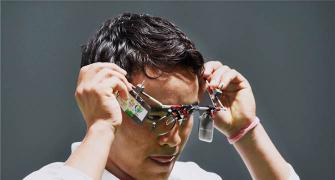 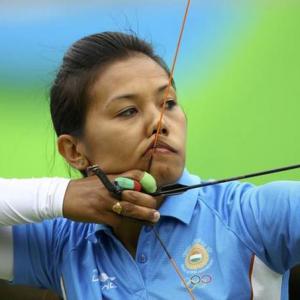