Gowda, Manpreet, Johnson disappoint on Day 1 of track and field 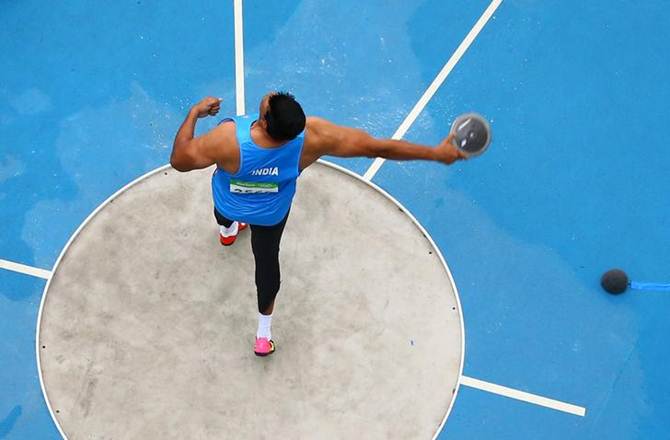 Indians had a disappointing outing on the opening day of the track and field events at the Rio Olympics, Vikas Gowda, Manpreet Kaur and Jinson Johnson failing to progress to the next round, on Friday.

He placed 16th in a field of 18 throwers in Group B in the qualification round with a best throw of 58.99 metres.

The 33-year-old, who holds the National record of 66.28 metres, had come into the Olympics without participating in any competition this year due to a shoulder injury. His last competition was the ISTAF meet in Berlin last September.

The Mysore-born US-based Indian, the reigning Asian champion, began with a throw of 57.59m and improved by more than a metre to 58.99m on his second visit before a 58.70m effort in his third and final attempt.

For an athlete who won gold in the 2014 Commonwealth Games and silver in the 2014 Asian Games, it is the worst showing of his four appearances in the Olympics.

He failed to qualify for the final round in 2004 and 2008 Olympics but made it to final round, eventually finishing eighth, in the 2012 London Games.

"My performance was not very good today. Frustrating. Just had a lot of bad luck this year. Lot of injuries. Was not able to train until three-four weeks ago. Obviously, that was not enough time to prepare," Gowda said.

"I tore both quad-tendons of my knees. Right above the kneecap, earlier in the year. It did progress, so I had to take a break from training. So not enough enough time,” he added.

Favourite Piotr Malachowski of Poland topped the qualification round with a best throw of 65.89m, followed by Lukas Weisshaidinger (65.86m) of Austria and Christoph Harting (65.41m) of Germany.

Reigning Olympic champion Robert Harting of Germany, who battled injuries in his build-up to the Olympics, failed to qualify for the final round as he finished 15th overall with a best throw of 62.21m.

The qualifying mark for the final round was set at a high of 65.50m or at least the 12 best performers.

In women's shot put, National record holder Manpreet Kaur finished a disappointing 23rd overall out of 35 competitors with a best throw of 17.06m. She was 13th in Group B qualifying round.

The qualifying mark for the final round was set at a high of 18.40m or at least the 12 best performers.

Beijing and London Olympics gold medallist Valerie Adams of New Zealand topped the qualification round overall with a throw of 19.74m, followed by Christina Schwanitz (19.18m) of Germany and Michelle Carter (19.01m) of the United States.

In the men's 800m, Jinson Johnson failed to qualify for the semi-finals after finishing fifth with a modest timing of 1:47.27secs in heat No 3.

World record holder David Rudisha of Kenya won the heat in 1:45.09secs. Johnson’s rhythm was broken after a fellow-runner stepped on his foot at the first bend and struggled a bit for a while before recovering.

Only the top three finishers in each of the seven heats, besides the next three fastest, progressed.

The 25-year-old runner from Kerala had clocked 1:45.98 seconds, the second fastest by an Indian after the legendary Sriram Singh, during the Indian Grand Prix in Begaluru last month.

He would have qualified for the semi-finals had he repeated that performance but could not do it on the biggest stage of all. He finished 25th overall out of a total 50 competitors. 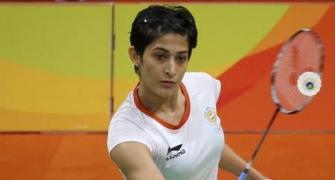 Jwala-Ashwini out of Olympics after second defeat PHOTOS: The gold medallists on Day 7 at Rio Olympics