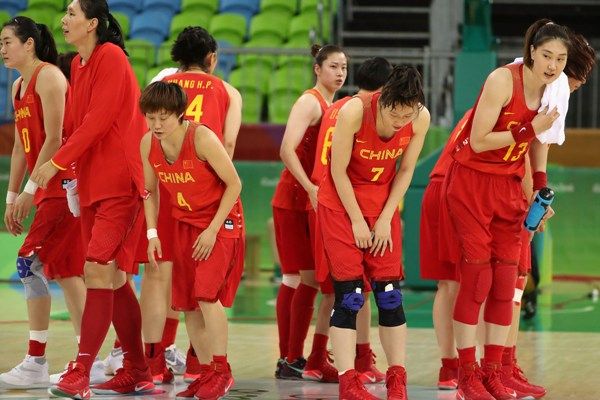 China blamed fierce competition for their Rio flop and promised to examine their "shortcomings" after slumping to their worst Olympic performance in 20 years.

China sent 410 athletes, their biggest team at a foreign Olympics, but by the penultimate day they had won just 24 gold medals, their fewest since Atlanta 1996.

Worse, China trailed not only the United States but also Britain on the medals table, a fact that has prompted splutterings of indignation in Chinese media.  China topped the table in 2008 and were second in 2004 and 2012, but Chinese Olympic committee chief Liu Peng said rising standards had taken them by surprise.

"There are a few problems we cannot overlook. In the Rio Games we didn't win so many medals... we didn't assess objectively the challenges we might face at these Games," said Liu.

"In recent years more countries have attached importance to the Olympic Games, so the level of play internationally has come up and the competition has become fierce.
"We need to employ a new mentality and new understanding how to improve our performances and ability. We need more experiences and learning." Liu said inexperience particularly had cost China, whose team was young with three-quarters of them competing at their first Olympics.

"We have trained these athletes but the training isn't enough," he said.

"Because when these athletes are facing fierce competition and challenges they have to too much to think about and too many mental burdens and they didn't play at
their highest level." But he had warm words for swimmer Fu Yuanhui, whose bubbly personality and frank comments -- rare for a Chinese athlete -- won hearts at home and abroad.

"Her happiness, starting from the bottom of her heart, fully demonstrated her spirit to continue to challenge herself and achieve excellence," said Liu.

"This is something that touched audiences on the very deepest level. Her 'prehistoric strength' as she put it fully demonstrated the modern Chinese athletes: they're confident, they're active and they've fully pushing forward." Liu also praised China's athletes for competing in the right spirit and not appearing desperate to win at all costs.

"We have fully demonstrated our Chinese spirit. We're not arrogant when we win, we don't give up easily and we continue to strive forward," he said.