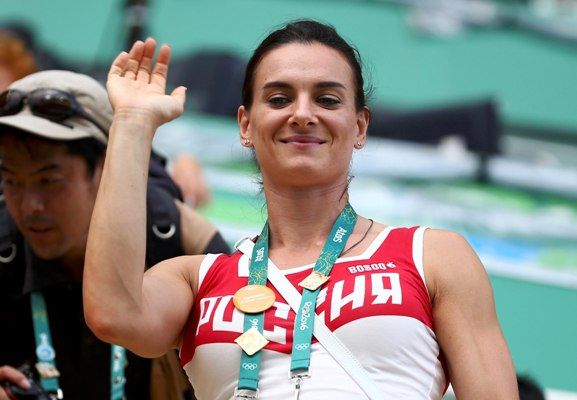 Russian pole vaulter Yelena Isinbayeva was elected to the International Olympic Committee (IOC) athletes' commission on Thursday, despite being barred from the Rio Games over doping allegations.

The double Olympic champion and reigning world record holder was excluded from the Games along with over 100 of her team mates following revelations of systematic, state-backed cheating in Russian sport.

But the IOC said Isinbayeva had received 1,365 votes from her peers and would now serve an eight-year term on the commission, the body which represents athletes' interests and is seen as a vital link between competitors and Games organisers.

She will be joined by three other athletes, one each from Germany, Korea and Hungary.

IOC President Thomas Bach said he looked forward to "working closely" with the four new members in what could be a thorny relationship with Isinbayeva, who has repeatedly lambasted his organisation for the blanket ban on Russian track and field, which she says unfairly punishes clean athletes such as herself.

The Russian Olympic Committee cited Isinbayeva as saying she would now work for the good of the Olympic movement and to build a bridge between Russia and the IOC.

Arriving in Rio on Monday, however, the vaulter once more rounded on those who blocked her from competing for a third Olympic gold.

"What would I like here most of all? I would very much like a gold medal, but that is not possible," Russia's R-Sport news agency quoted her as saying.

"I will never agree with, and never forgive, my exclusion from the Olympics."

© Copyright 2022 Reuters Limited. All rights reserved. Republication or redistribution of Reuters content, including by framing or similar means, is expressly prohibited without the prior written consent of Reuters. Reuters shall not be liable for any errors or delays in the content, or for any actions taken in reliance thereon.
Related News: Yelena Isinbayeva, IOC, Russia, Thomas Bach, IMAGE
COMMENT
Print this article