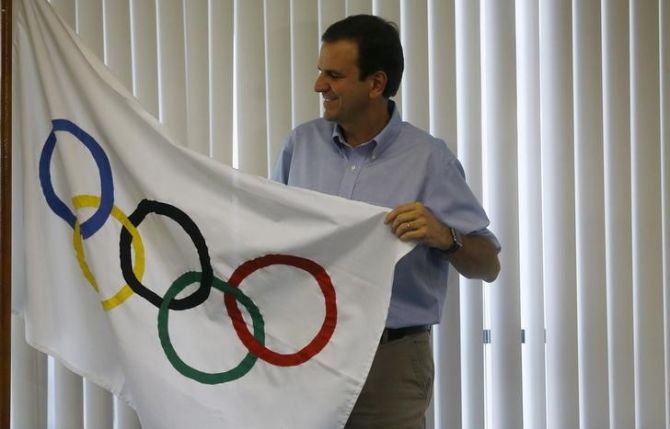 Rio de Janeiro mayor Eduardo Paes has described Australia's Olympic committee as a "source of aggressions" against Brazil after it banned the team's athletes from visiting the city's favelas during the Games in August.

Australia's team chef de mission Kitty Chiller told News Ltd media on Sunday that their Olympians would be barred from going to the urban slums, even on official tours, in accordance with advice from a security expert.

"There is still much unfamiliarity about Rio and Brazil," Paes told Brazilian media.

"There is a certain dramatisation. And between us, the Australian committee has been a source of aggressions to Brazil."

Rio's favelas are among the most violent and crime-ridden areas of the city.

Australian Olympic Committee (AOC) president John Coates, a member of the International Olympic Committee's coordination commission, said in April 2014 that Rio's Games preparations were the worst he had ever seen and critically behind schedule.

Coates was more generous in a January assessment, however, saying he felt "very positive" about the delivery of the Games.

AOC spokesman Mike Tancred was also upbeat about the preparations in a statement on Wednesday but reiterated that the favelas remained off-limits.

"We have a team of 450 athletes, there is no way we could manage, or police, visits to the favelas by our athletes," Tancred said.

"(Our security expert) has advised that it would be impossible for us to allow our athletes to visit the favelas because we could not control visits involving a large number of athletes going to different places at different times."

Tancred said Australian athletes would "certainly engage with the residents of Rio and they will join in the fun on Copa beach".

"But the favelas are areas we cannot control and the personal safety of our athletes must come first," he said.

© Copyright 2021 Reuters Limited. All rights reserved. Republication or redistribution of Reuters content, including by framing or similar means, is expressly prohibited without the prior written consent of Reuters. Reuters shall not be liable for any errors or delays in the content, or for any actions taken in reliance thereon.
Related News: Rio de janeiro, Mike Tancred, Eduardo Paes, AOC, IMAGE
COMMENT
Print this article