IMAGE: Milkha Singh remained tormented by missing that bronze at the 1960 Rome Olympics, one of the only two incidents in his life, which he described as unforgettable -- the other being the killing of his parents in front of him in Pakistan during partition. Photograph: Kind courtesy Kenkre FC/Facebook

It was the race of his life but at the end of it, Milkha Singh was simply "distraught".

The 91-year-old 'Flying Sikh', who passed away in Chandigarh on Friday after battling COVID-related complications, was expected to soar the highest at the 1960 Rome Olympics but missed the podium by 0.1 seconds, an unforgettable heartache that he carried for the rest of his life.

Hurdler Gurbachan Singh Randhawa, Milkha's 1960 and 1964 Olympic Games teammate and one of the few surviving athletes to have witnessed the memorable 400m race in person, vividly remembers how it had all built up at the Italian capital.

"I was very much there, the entire Indian contingent was there in anticipation of history being created. Everybody was expecting a medal from him. Everybody was waiting (for the race) with bated breath," the 82-year-old recalled in a conversation with PTI.

"He was in top form, his timing was among the best in the world that time. Gold or silver was difficult for him but everybody was sure that he would at least win a bronze. He was capable of that," he added.

But Milkha missed the bronze by a whisker, clocking 45.6 seconds, 0.1 seconds more than third-place finisher Malcolm Spence of South Africa, whom he had beaten to win the gold in the 1958 Commonwealth Games.

"We saw him ahead in the 200m to 250m mark but thereafter he made an error in judgement and slowed down a bit. That cost him a sure-shot bronze," he added what Milkha acknowledged several times with regret during his lifetime.

Milkha had participated in some top races in Europe before the Rome Olympics and had beaten all the top runners of that time, except for American Otis Davis, the eventual gold winner at the Rome Games.

Davis and silver-winner Carl Kaufmann of Germany were given the same timing of 44.9 in a photo finish, while Spence clocked 45.5 seconds.

Milkha remained tormented by that miss, one of the only two incidents in his life, which he described as unforgettable -- the other being the killing of his parents in front of him in Pakistan during partition.

Milkha was a strict disciplinarian and his nearly 10 years of life in Indian Army was a huge contributing factor in making him a fitness-obsessed athlete.

"During the 1962 Asian Games and 1960 and 1964 Olympics, some of us would walk around here and there but Milkha would not do that. He would train, have proper food and proper rest. He was very particular about his diet," Randhawa remembered.

"His Army background may have something to do with. His self-discipline and ability to work hard is unmatched and that's why he is the greatest Indian athlete ever," added the current selection committee chairman of the Athletics Federation of India.

Randhawa, himself a track legend with a fifth-place finish in the 1964 Olympics 100m hurdles, described Milkha as incomparable.

There is no comparison with him," Randhawa said. 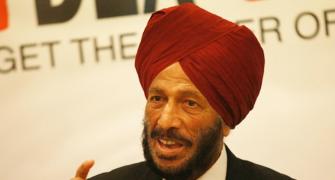 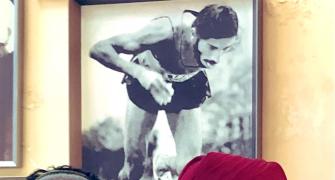 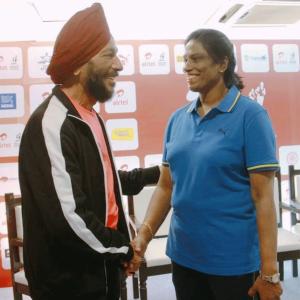 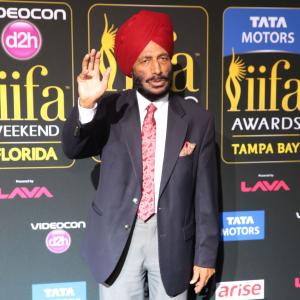