Rafael Nadal was cautious about predicting how his body would hold up in the run-in to the US Open on Wednesday but did reveal that he had not missed the grind of the tennis tour during his absence from the game.

The 12-time Grand Slam champion, who took a break after his shock defeat at Wimbledon, ended his seven week hiatus from singles competition with an impressive two-set win over Canadian wildcard Jesse Levine in the second round of the Rogers Cup.

But the ongoing battle with the debilitating tendonitis in his knees is an ever present in Nadal's life and a constant subject of inquisition for the Spaniard. 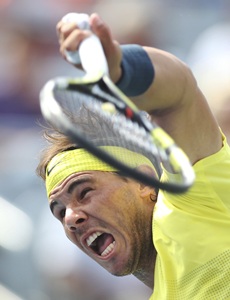 As he began a physically demanding north American hard court stretch - taking in Masters series events in Montreal and Cincinnati and culminating at the year's final grand slam at Flushing Meadows -- Nadal was choosing to adopt a wait and see approach.

"I am fine. The knee is not bothering me much," Nadal said.

"The last couple of days, I was able to practise with no limitation. That is the most important thing.

"After seven weeks without playing tennis, you start a tournament on hard court, that is tougher for the body. You always feel a few things at the beginning.

"But hopefully that things will not limit my chances to play well."

Nadal's 6-2, 6-1 win over Levine was his first singles match since being upset by Belgian Steve Darcis in the opening round at the All England Club in late June.

The subsequent break from competition after Wimbledon arrived at the end of an incredible run of results for the 27-year-old.

Nadal had won seven tournaments in just four months, including an eighth French Open crown, since he returned in February from a lengthy injury absence that had kept him out of the sport since the middle of 2012.

Following his defeat on the grass courts of southwest London, Nadal returned home to take advantage of the rare opportunity to relax away from the spotlight while his chief rivals slugged it out for the Wimbledon crown.

"I cannot say I was very anxious during this period of time," a smirking Nadal said.

"I enjoyed being with the family, with the friends. It's the summer there too ... Mallorca is a good place to be in the summer."

Nadal faces Poland's Jerzy Janowicz in the third round of the Rogers Cup on Thursday.

© Copyright 2021 Reuters Limited. All rights reserved. Republication or redistribution of Reuters content, including by framing or similar means, is expressly prohibited without the prior written consent of Reuters. Reuters shall not be liable for any errors or delays in the content, or for any actions taken in reliance thereon.
Related News: Rafael Nadal, Jesse Levine, All England Club, Jerzy Janowicz, Steve Darcis
COMMENT
Print this article 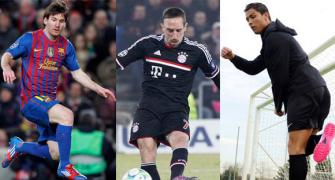 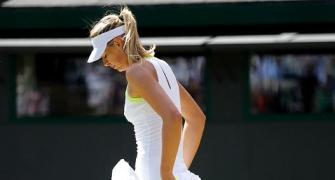 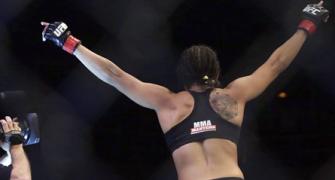 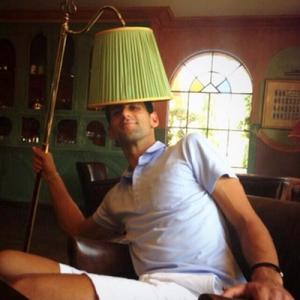 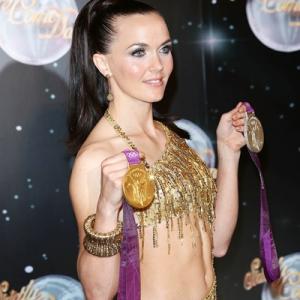 Cycling ace Victoria admits 'babies not on her agenda'