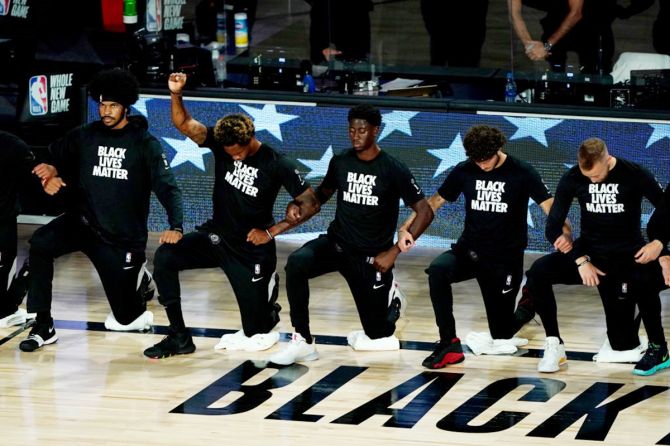 IMAGE: Lance Thomas of the Brooklyn Nets gestures as he and teammates kneel in honour of the Black Lives Matter movement. Photograph: Ashley Landis-Pool/Getty Images

When former NBA star Robert Horry’s son showed him the video of a police officer shooting Jacob Blake in the back in Wisconsin on Sunday, he said he felt compelled to remind the teenager of the dangers he could face when encountering the police.

“These cops are just killing because they feel like if they don’t those have body cameras on, they have a right.” 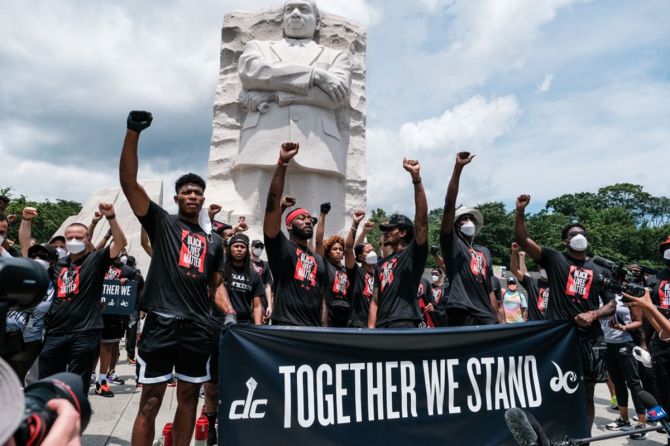 NBA players led by the Milwaukee Bucks went on strike to protest racial injustice during the playoffs on Wednesday, with players in Major League Baseball, Major League Soccer and the Women’s National Basketball also deciding not to play games.

New York Mets first baseman Dominic Smith said on Wednesday it was tough to deal with the apathy in issues related to race.

“I think the most difficult part is to see people still don’t care,” he said at a news conference.

“For this to continuously happen just shows the hate in people’s heart.”

Many Black athletes have spoken out about their treatment by the police.

Olympic triple-jump gold medalist Al Joyner sued the Los Angeles police department for false arrest when he was pulled over, held at gunpoint, and handcuffed in 1992, while Bucks guard Sterling Brown received an apology from Milwaukee police after he was thrown to the ground and tasered in 2018.

Tennis player James Blake was roughed up by a plainclothes officer in 2015 in New York, with the city agreeing to create a new position with a watchdog agency that hears complaints against police as part of a settlement.

Moe Harkless, a former first-round pick who currently plays for the New York Knicks, said that while he was a member of the Portland Trail Blazers a police officer pulled him over without offering any explanation.

It was only after the officer recognized him as a professional athlete that his “attitude completely shifted” and he was allowed to go.

“I feel for my brothers and sisters who aren’t as lucky to show an ID and have an officers whole viewpoint of you change in an instant,” he tweeted.

“So when players boycott that’s who they’re doing it for.”

© Copyright 2021 Reuters Limited. All rights reserved. Republication or redistribution of Reuters content, including by framing or similar means, is expressly prohibited without the prior written consent of Reuters. Reuters shall not be liable for any errors or delays in the content, or for any actions taken in reliance thereon.
Related News: Getty Images, NBA, New York Mets, IMAGE, MLK
SHARE THIS STORYCOMMENT
Print this article 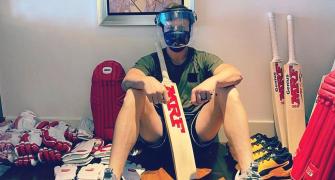 Can you identify this IPL superstar? 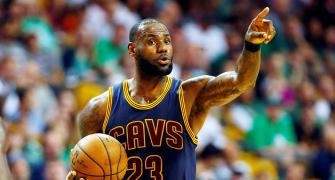 White House's Kushner says will reach out to LeBron 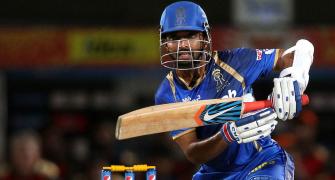 Will Rahane open for Delhi Capitals in IPL? 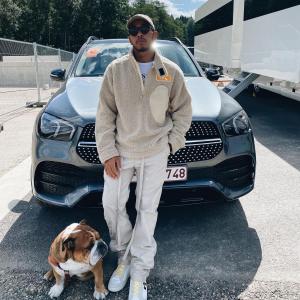 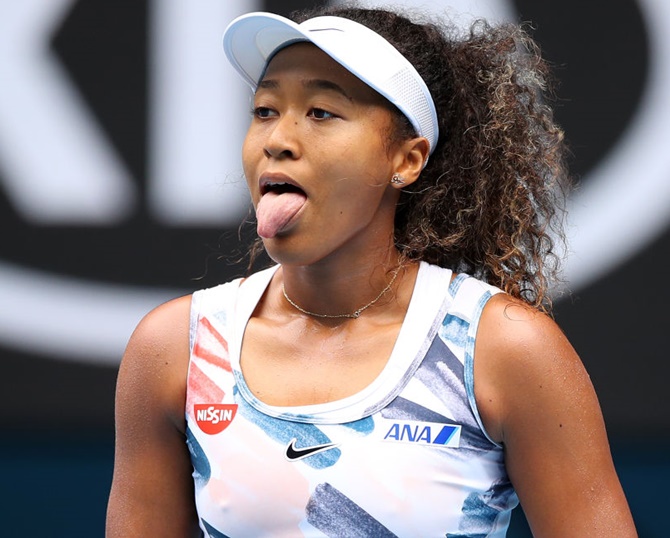