Nadal, who has been suffering from a fever this week, took the first set on a tiebreak after both men had traded breaks before collapsing in the second, where he won just 11 points.

It was the first time Nadal had lost a set 6-0 since Feb. 2009 when he was beaten in the final of the World Indoor Tournament in Rotterdam by Britain's Andy Murray.

The Spaniard recovered brightly at the start of the final set to race into a 4-0 lead but dropped his serve for a fifth time in the match before closing out a 7-6, 0-6, 6-3 victory.

"It was really, really difficult," said Nadal, who is seeded to meet Federer in the final and will play Latvian fifth seed Ernests Gulbis for a place in the last four.

"Lukas played a great match and if he plays at this level it is going to be difficult for everyone to beat him."

It was a slightly easier evening for Federer, who overcame a break in the second set to take a 7-6, 7-5 victory over Swiss compatriot Marco Chiudinelli.

"It was really difficult today, under the circumstances," said Federer, who closed out the match with a smash.

"Playing such a good friend is so rare for me. I'm happy the match is in the past and I can look forward."

Third seed Jo-Wilfried Tsonga of France, making his comeback from injury, moved into the quarter-finals with a 6-2, 6-4 defeat of Ukraine's Sergei Bubka, son of the former Olympic pole vault champion of the same name, and will face Spanish seventh seed Guillermo Garcia-Lopez for a place in the last four.

© Copyright 2021 Reuters Limited. All rights reserved. Republication or redistribution of Reuters content, including by framing or similar means, is expressly prohibited without the prior written consent of Reuters. Reuters shall not be liable for any errors or delays in the content, or for any actions taken in reliance thereon.
Related News: Roger Federer, Rafael Nadal, Marco Chiudinelli, Guillermo Garcia-Lopez, Teymuraz Gabashvili
COMMENT
Print this article
Nadal to start U.S. Open against Gabashvili
Garcia-Lopez topples Nadal in Thailand 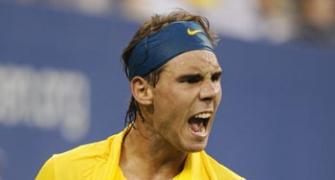 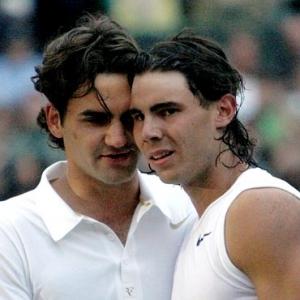 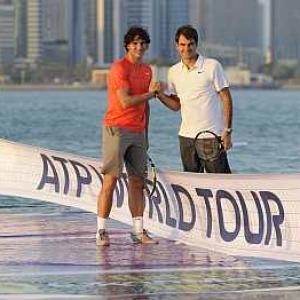