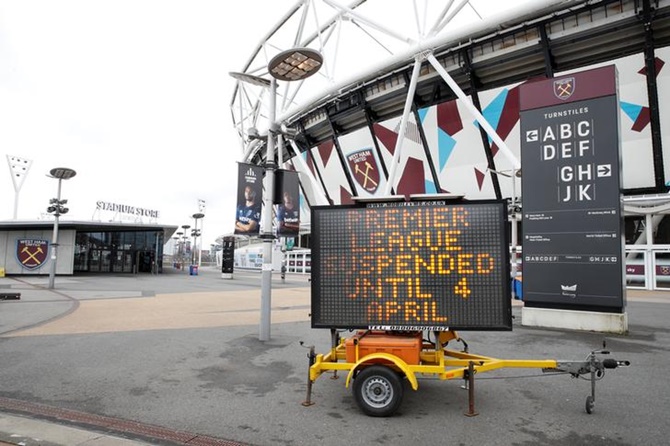 IMAGE: A general view outside the London Stadium when the Premier League was suspended due to the number of coronavirus cases growing around the world. Photograph: Matthew Childs/Reuters

English soccer will be suspended until at least April 30 due to the coronavirus crisis, but the current season can be extended indefinitely, the English game's governing bodies said in a joint statement on Thursday.

The Football Association, Premier League, EFL and women's professional game bodies, along with players and managers associations, agreed to extend the formal end-date for the 2019/2020 season in a bid to complete the campaign.

"We are united in our commitment to finding ways of resuming the 2019/20 football season and ensuring all domestic and European club league and cup matches are played as soon as it is safe and possible to do so," the organisations said following a video conference meeting on Thursday.

With non-league, youth and amateur football having also subsequently suspended play, the English game is in a state of total shutdown.

European soccer's governing body UEFA agreed on Tuesday to postpone Euro 2020 for a year, clearing space in the calendar for domestic competitions to finish -- if the public health situation allows.

FA rules say the season should end by June 1, but the decision was taken to extend that into the summer.

"The progress of COVID-19 remains unclear and we can reassure everyone the health and welfare of players, staff and supporters are our priority," the joint statement said.

"We will continue to follow Government advice and work collaboratively to keep the situation under review and explore all options available to find ways of resuming the season when the conditions allow." 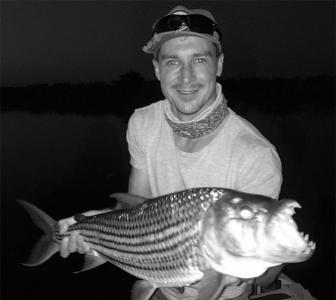