News
Business
Movies
Sports
Cricket
Get Ahead
Money Tips
Shopping
Sign in  |  Create a Rediffmail account
Rediff.com  » Sports » Portugal have talent and mentality to do an encore

Portugal have talent and mentality to do an encore

IMAGE: The only concern for the Portugal's coach is finding a place in the team for an overflowing list of stars containing Joao Felix, Bruno Fernandes, Bernardo Silva, Diogo Jota, Andre Silva as well as the insatiable Ronaldo, who is heading into his ninth major tournament. Photograph: Novak Djurovic/Reuters

Having won their first major trophy at Euro 2016, Portugal approach this year's tournament with a far better squad than last time and crucially have the belief which previous sides seemingly lacked.

For all the emotion released by Portugal's success five years ago, their Euro 2016 campaign was laced with good fortune, highlighted by the fact they only won one of their seven matches after 90 minutes.

Aside from some notable names, their squad was short on quality and their triumph was built on excellent game management, an over-reliance on Cristiano Ronaldo plus a kind draw which saw them avoid the top sides until facing France in the final.

They will get no such accommodation this time as they have been placed in the unforgiving Group F containing Germany and world champions France, with Hungary the weakest link.

So it is a good thing they have one of the most exciting squads around, full of proven matchwinners to take the burden off Ronaldo.

Their list of defenders alone makes for impressive reading. Ruben Dias was arguably Manchester City's most inspirational player in their dominant run to the Premier League title while club team mate Joao Cancelo has had his best ever campaign at fullback and complements left back Raphael Guerreiro perfectly.

Coach Fernando Santos has a wealth of options in holding midfield with a number of top candidates to partner mainstay Danilo Pereira, but it is his attacking options which are the most exciting.

Indeed, the only concern for the coach is finding a place in the team for an overflowing list of stars containing Joao Felix, Bruno Fernandes, Bernardo Silva, Diogo Jota, Andre Silva as well as the insatiable Ronaldo, who is heading into his ninth major tournament.

Ronaldo, who has scored 103 times for his country, is one of few survivors of the Euro 2016 side but a winning thread remains in the current crop of players after they lifted the 2019 Nations League.

To Santos, the experience of finally getting over the line could be crucial.

"Since I can remember, Portugal always went to tournaments to win, that's the standard. When I said I was going to Euro 2016 to win, I just verbalised what many thought in the past," Santos told newspaper Record in May.

"The players were surprised but now they believe it. It was not a question of not wanting to, it was because they had never really thought about it and doubted it was possible. But I was convinced if we did certain things and managed to instil in the players the benefits of doing them, we could beat anyone."

If a lack of belief held back previous talented sides containing the likes of Eusebio or Luis Figo, there can be little excuse for the current team, which is both as talented as any that came before it and knows what it takes to win on the biggest stage.

© Copyright 2021 Reuters Limited. All rights reserved. Republication or redistribution of Reuters content, including by framing or similar means, is expressly prohibited without the prior written consent of Reuters. Reuters shall not be liable for any errors or delays in the content, or for any actions taken in reliance thereon.
Related News: Cristiano Ronaldo, Fernando Santos, Joao Felix, Bernardo Silva, Diogo Jota
SHARE THIS STORYCOMMENT
Print this article 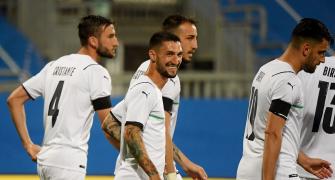 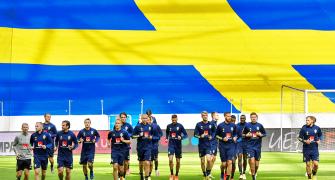 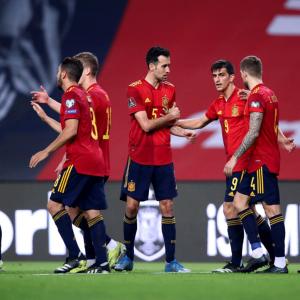 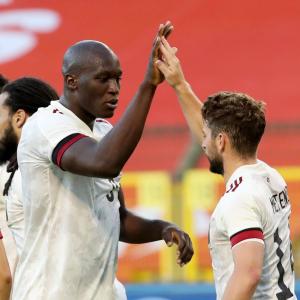