In a major boost to her preparations for the London Olympics, Commonwealth Games gold medallist discus thrower Krishna Poonia has been invited to take part in two Diamond League events -- IAAF's highest level competition -- in United States in June.

Poonia, the first Indian woman athlete to win an individual gold medal in the CWG, will take part in Diamond League Meetings in Eugene (June 2) and New York (June 9). She will rub shoulders with some of the best in the business.

"I think this is going to be a perfect preparation for the Olympics. I am looking forward to a strong performance in the two Diamond League events," Poonia said.

It is a rare honour for any Indian to be taking part in Diamond League events -- the top most competition in International Association of Athletics Federations calendar. 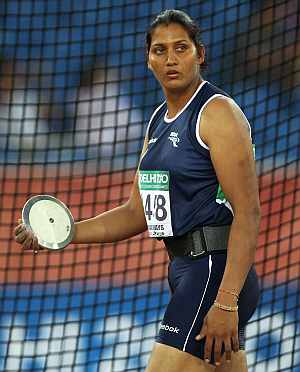 Poonia is leaving the country on Friday night for a three-month training stint in United States with the Sports Ministry bearing the expenses.

She will train at the Throws Centre at Concordia University at Oregon, Portland under the guidance of former Olympic champion Mac Wilkins. She had a four-month stint at the same centre last year also.

"I am thankful to the sports ministry for sponsoring me and I hope I will be approaching my peak form by June. I am looking at throwing above 65m in the Diamond Leagues so that I get the confidence to hope for a medal in London," said Poonia, who will be accompanied by his husband-cum-coach Virender.

Poonia had crossed the Olympic qualification 'A' mark in October last year at Halloween Throws Meet at Portland with a throw of 62.25 meters. 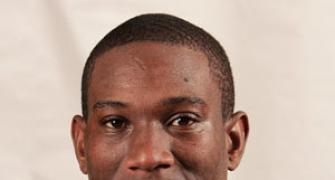 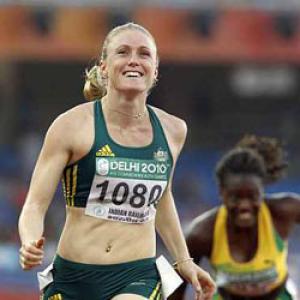