Australia is known for it's rich wildlife, and on Wednesday, tennis stars, past and present, were introduced to some of Australia's friends from the wild.

Sloane Stephens, Kim Clijsters, Hyeon Chung among others were made acquainted with snakes and crocs of a varied variety, and kissed and cuddled Koala bears on Wednesday. 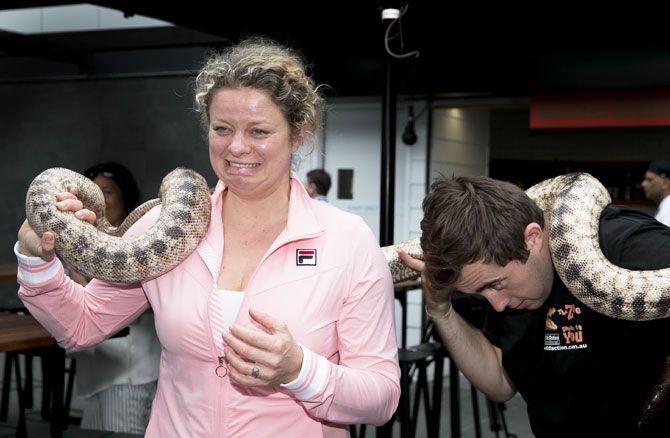 IMAGE: Kin Clijsters would like us to believe she is comfortable with that snake around her neck. IMAGE: Elise Mertens plays with a snake and looks comfortable in it's company. 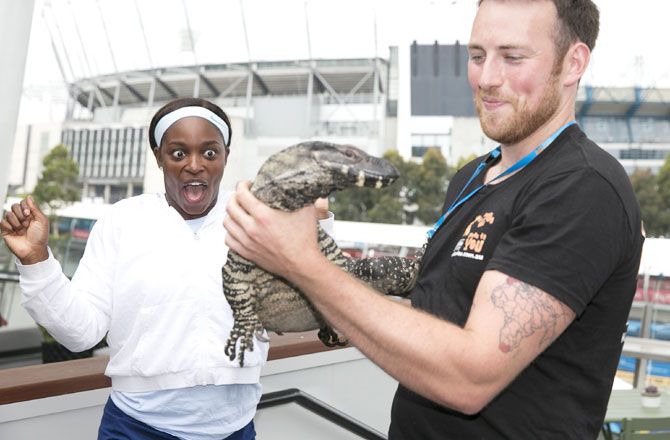 IMAGE: Sloane Stephens is left wide-eyed as she meets a goanna, an Australian monitor lizard. IMAGE: Sloane Stephens looks a little unsure as she goes on to pet a goanna. IMAGE: Hyeon Chung is all smiles with a snake coiled around his neck. 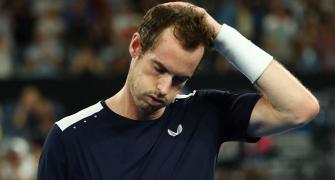 'Murray can come back after hip surgery' 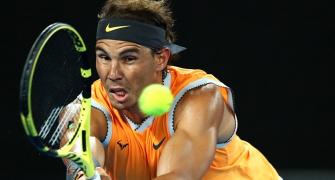 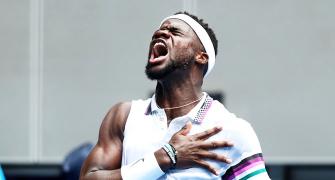 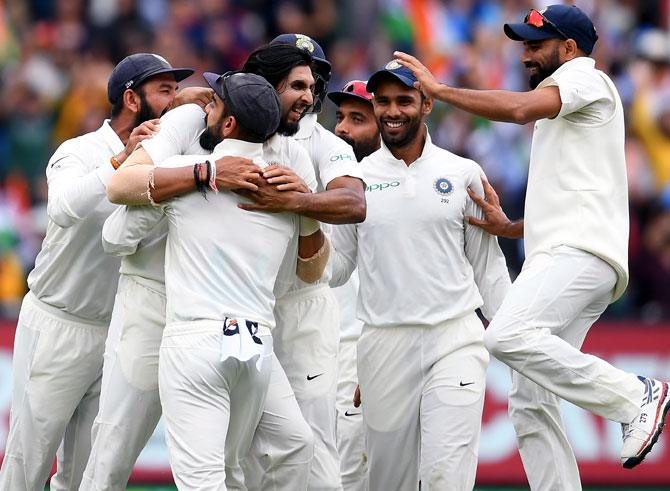