Images from football action around European leagues played on Sunday

Former Barcelona striker Luis Suarez heaped more misery on his old club as Atletico Madrid claimed a 2-0 La Liga victory over the Catalans at the Wanda Metropolitano on Saturday.

First-half strikes from Thomas Lemar and Suarez were enough for the champions to secure all three points and heap pressure on the visitors' beleaguered boss Ronald Koeman.

Barca have won just one game in their last six in all competitions as their early season struggles show no signs of easing.

"We started well enough, we were brave, but then they create two identical situations and scored twice - whereas we could've played for three hours and not scored.

"It isn't one problem, there are several. People can see what we lack. But we'll recover. They're difficult times, a lot of us haven't experienced this before. We want to turn it around but it isn't easy."

Atletico started the brighter and went close through Lemar and Joao Felix efforts from the edge of the box before the Frenchman opened the scoring in the 23rd minute.

Felix fed Suarez, who played a brilliant ball round the corner to send Lemar through and he powered his effort past Marc-Andre ter Stegen.

Suarez then missed a glorious chance to double the lead moments later as he skewed a one-on-one effort wide, but made no mistake on the stroke of halftime after Lemar returned the favour to tee him up.

Barca's best opportunity to get back into the game fell to Philippe Coutinho, however the Brazilian's tame effort was comfortable saved by Jan Oblak.

Manuel Locatelli struck late to earn Juventus a 1-0 win over Torino in the Turin derby on Saturday, as the Old Lady stretched their winning run to four games in all competitions and kept a Serie A clean sheet for the first time in seven months.

The Italy international fired a shot in off the post with four minutes remaining, his second consecutive league goal, as Juve rose to eighth place with 11 points, three ahead of their 11th-placed rivals.

"It would have been a disappointment to not win a game after this performance which, after the first half against Milan, was our best of the season."

Torino controlled the first half as Juve failed to register a shot on target, but Allegri’s side improved after the break and Alex Sandro’s header required a fine save from Vanja Milinkovic-Savic before Locatelli’s late winner.

Ivan Juric’s side struggled to threaten Wojciech Szczesny’s goal, and Juventus kept things tight defensively to end a run stretching back to March of 20 matches in a row conceding in Serie A.

Locatelli's second goal for Juventus sparked big celebrations, but the 23-year-old explained that they came at a cost.

"I got a headbutt from Giorgio Chiellini and with the head that he has, I am sure that I have a bruise," Locatelli said.

"But it is a fantastic feeling, because since I arrived here the group has been incredible, they welcomed me. We are a big group of friends and real people, despite having a lot of great players they are all humble."

Allegri’s side earned an impressive and unexpected win over European champions Chelsea in the Champions League on Wednesday to stretch their unbeaten run in all competitions to five matches.

But the coach warned his players that the local derby would be an even greater challenge, with strikers Paulo Dybala and Alvaro Morata still injured and Torino having two extra days to prepare.

There were early chances for Juve as Moise Kean flashed a shot wide and Weston McKennie blasted over a promising opportunity.

Allegri introduced Juan Cuadrado for Moise Kean at halftime, with Federico Chiesa returning to the striker role he played against Chelsea.

The change sparked some life into Juve’s attack as the Colombian teed up Sandro with an excellent cross that required a sharp Milinkovic-Savic save.

Locatelli found space at the edge of the area to fire home the winner in the 86th minute, before substitute Dejan Kulusevski thumped the foot of the post with a shot in stoppage time.

Earlier on Saturday, Salernitana climbed off the foot of the table after Milan Djuric’s header sealed a 1-0 win over Genoa, their first victory of the season.

The newly promoted side’s victory moved them up to four points, one behind Genoa in 16th and one more than bottom side Cagliari.

Inter Milan substitute Edin Dzeko equalised a minute after coming on before winning the decisive penalty as the Italian champions earned a 2-1 comeback win over Sassuolo to go second in Serie A on Saturday.

Domenico Berardi’s penalty put the hosts in front midway through the first half, but Dzeko made an immediate impact by heading in the leveller with his first touch in the 58th minute.

The Bosnian, who became the joint-top scorer in Serie A alongside Lazio's Ciro Immobile with six goals, was then brought down by goalkeeper Andrea Consigli in the box and Lautaro Martinez dispatched the resulting spot kick.

"I have scored a lot of goals but I do not remember if I have ever scored with the first touch, there is a first time for everything," Dzeko told DAZN.

"I know how much I still have to offer, Inter know that too and decided to sign me to score goals."

Inter rose to second place on 17 points, one point behind leaders Napoli, who travel to Fiorentina on Sunday. Sassuolo are 13th with seven points.

Simone Inzaghi’s side needed a response after back-to-back draws against Atalanta in Serie A and Shakhtar Donetsk in the Champions League, but they went behind after 22 minutes at the Mapei Stadium.

Jeremie Boga dribbled into the box and was tripped by Milan Skriniar, allowing Berardi the chance to dispatch the opener from the penalty spot.

Chances flew in at both ends, with Consigli beating away a Nicolo Barella drive and Samir Handanovic tipping over a dipping Berardi volley.

On the brink of halftime, Sassuolo's Gregoire Defrel latched onto a loose back pass to go clean through on goal and collided with Handanovic after the goalkeeper had rushed out of his box, but the referee ignored the home side’s appeals for a red card.

The incident caused controversy after the game, with Inter coach Inzaghi saying it was the correct decision, while his Sassuolo counterpart Alessio Dionisi disagreed.

"Referees can make mistakes and we must accept the verdict, even if it is not always good. We deserved more," Dionisi told Sky Italia.

"We would have won if we had returned to the pitch in the second half with an extra man."

It was just as well for Inter that Handanovic remained on the pitch, as the Slovenian saved them twice early in the second half, blocking a Rogerio shot with his legs before getting a hand to a powerful Boga shot.

Inzaghi rang the changes by bringing on four new players at once and was immediately rewarded when one of those replacements, Dzeko, headed in an Ivan Perisic cross a minute later.

The Bosnian is the first player to score at least six goals in his first seven Serie A games in a debut season for Inter since Brazilian great Ronaldo in the 1997-98 campaign.

Dzeko then raced after a through ball and was barged over by Consigli for Martinez's decisive spot kick in the 78th minute.

His night almost got even better when he tapped in a Barella cross, but the striker was flagged for offside.

"I think that after playing every three days the changes needed to be done, there were guys who came off who did not deserve to come off, but I had to give a boost to the team because there were a lot of tired players," Inzaghi said.

Inter's victory meant they scored at least two goals for a 12th consecutive league match, overtaking their previous longest run of 11 games from 1943.

Nice stay in top four with 2-1 win over Brest

Nice stayed in touch with Ligue 1 leaders Paris St Germain after goals in each half by defenders Jean-Clair Todibo and Melvin Bard helped them to a 2-1 home win over struggling Brest on Saturday.

The result lifted Nice one place up to third on 16 points from eight games, eight adrift of runaway leaders PSG who visit Stade Rennes on Sunday, and two behind second-placed Lens who have played a game more.

Brest, who are still looking for their first league win of the season, stayed 19th on four points from nine games.

Dominant Nice should have won by a bigger margin as they were denied by a string of saves from Brest goalkeeper Marco Bizot and by some wayward finishing.

Bizot kept out a pair of Andy Delort headers early on and Calvin Stengs somehow shot wide of the far post from two metres before Todibo fired the home side ahead on the stroke of halftime.

The centre back blasted into the roof of an empty net from point blank range after Bizot spilled a long ball into the six-yard box, having collided with a team mate.

Stengs hit the crossbar and Amine Gouiri missed two chances early in the second half before he delivered a pinpoint cross for left back Bard to head home the second on the hour.

Franck Honorat pulled one back for the visitors in stoppage time with a crisp finish from inside the penalty area, but the home side held on comfortably.

Christopher Nkunku scored twice and substitute Andre Silva added another in a frantic nine-minute, second-half spell to steer RB Leipzig to a 3-0 Bundesliga victory over promoted VfL Bochum on Saturday.

The hosts were far from impressive for more than an hour but the game unravelled for gutsy Bochum midway through the second half and just seconds after substitute Silva came on.

The Portuguese proceeded to score his first goal from open play since his big-money move from Eintracht Frankfurt this season, heading in from close rage in the 70th minute to break the deadlock.

He then sent Christopher Nkunku through, who flicked the ball in for their second goal of the evening four minutes later.

The in-form Frenchman then sealed victory when he scooped the ball over the keeper and into the net in the 78th to double his tally and make it nine goals in 10 games in all competitions this season.

The win, Leipzig's second in a row, lifted them up to seventh place on 10 points.

© Copyright 2021 Reuters Limited. All rights reserved. Republication or redistribution of Reuters content, including by framing or similar means, is expressly prohibited without the prior written consent of Reuters. Reuters shall not be liable for any errors or delays in the content, or for any actions taken in reliance thereon.
Related News: Sassuolo, Juve, Edin Dzeko, Torino, Brest
COMMENT
Print this article 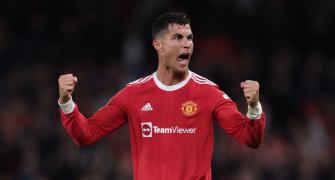 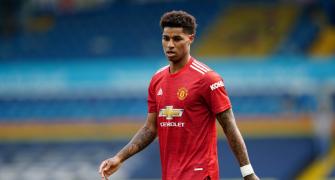 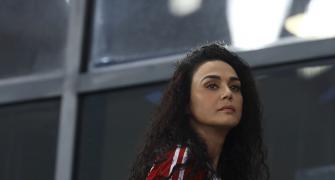 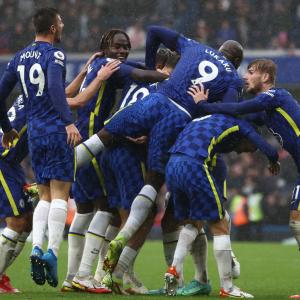 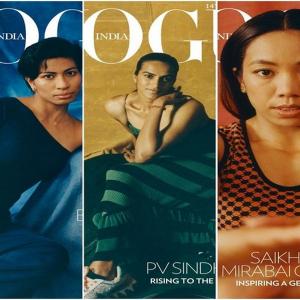