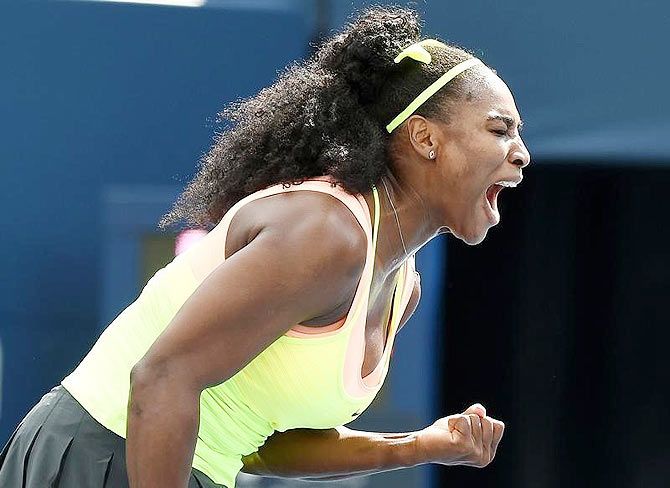 Serena Williams needed a set to shake off some hard court rust then rolled to 2-6, 6-3, 6-0 win over Italy's Flavia Pennetta and into the third round of the Rogers Cup on Tuesday.

Playing her first match of the North American hard court swing after pulling out of last week's event in Stanford with a sore right elbow, Williams played a ragged opening set in which she was broken four times while firing four double faults.

But the 33-year-old American, a three-time champion on the Toronto hard courts, eventually found her rhythm to get her US Open buildup off to a winning start.

"It was tough holding serve today for me," said world number one Williams, adding that she could not recall a match where she had been broken four times in a single set.

"It was definitely good for me to have a match like this, to play a good player like her, especially since I haven't played a match on hard court since early April. It was good to have this long match and get ready for the rest of this week." 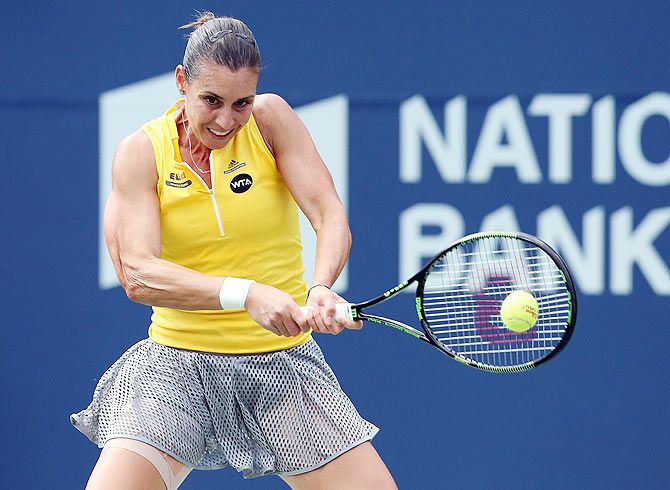 While Williams's attention may be on winning a fourth Canadian crown, much of the tennis world is focused on her bid to complete the calendar year grand slam.

With all four slam titles already in her possession, a successful defence of her US Open crown next month in Flushing Meadows would put Williams in an exclusive club along with Maureen Connolly, Margaret Court and Steffi Graf as the only women who have swept all four in a season.

After her ugly opening set, Williams appeared to reboot and held serve to start the second set.

Her problems, however, were not over as Pennetta would break Williams on her next opportunity to lead 2-1. 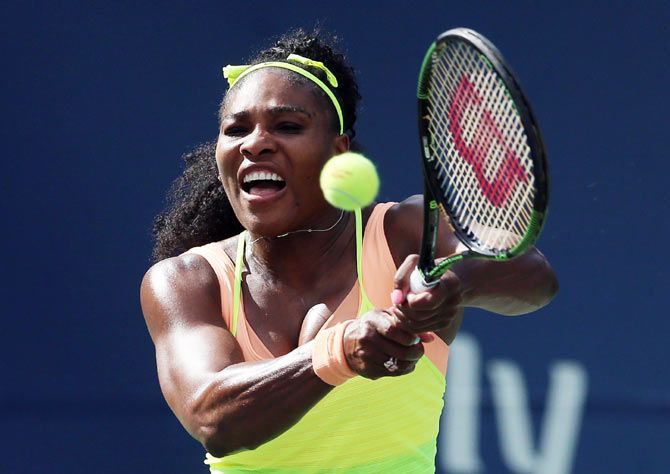 But typical of Williams, she was able to shift into another gear and stormed through the next four games on her way to levelling the match at one set each.

The third set featured the dominating Williams tennis fans have come to know as the 21-times grand slam winner finished off Penetta with a thundering backhand winner to run her record to 7-0 against the Italian veteran, a former world number 10.

"She was just playing so well in the first set and a half; she just started moving me and hitting really hard and I just had to get through that," explained Williams.

"I love playing here and I was like, ‘Oh my gosh I'm down a break I don't want to go home yet.'

"I was thinking just keep fighting and do as much as you can as hard as you can."

© Copyright 2021 Reuters Limited. All rights reserved. Republication or redistribution of Reuters content, including by framing or similar means, is expressly prohibited without the prior written consent of Reuters. Reuters shall not be liable for any errors or delays in the content, or for any actions taken in reliance thereon.
Related News: Serena Williams, Flavia Pennetta, USA, Vaughn, Dan Hamilton-USA TODAY
SHARE THIS STORYCOMMENT
Print this article 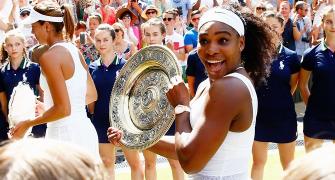 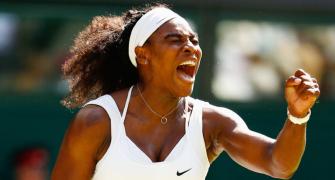 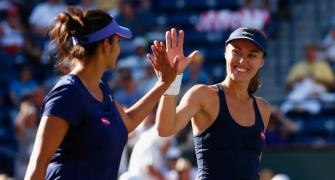 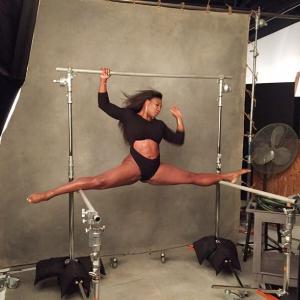 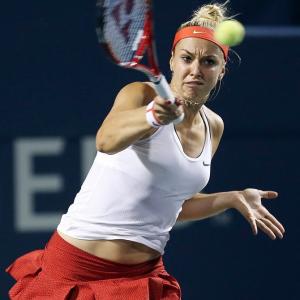