Liverpool were last champions of England when they won the old First Division title in 1989-90. 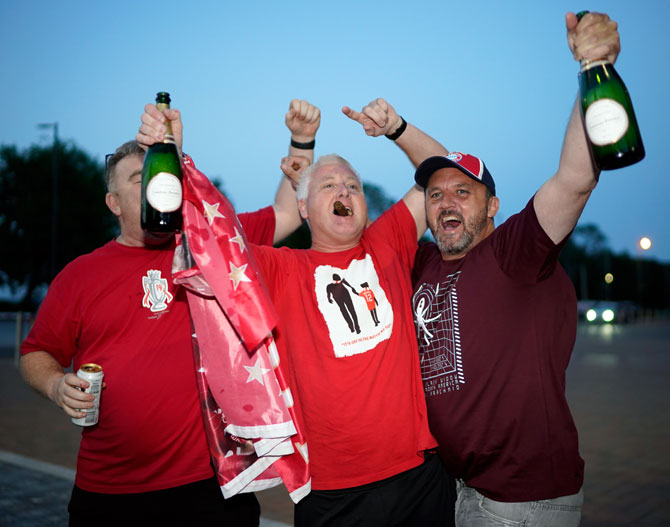 A superb solo goal by Christian Pulisic and a Willian penalty gave Chelsea a 2-1 win over Manchester City at Stamford Bridge, a result that handed Liverpool the Premier League title. 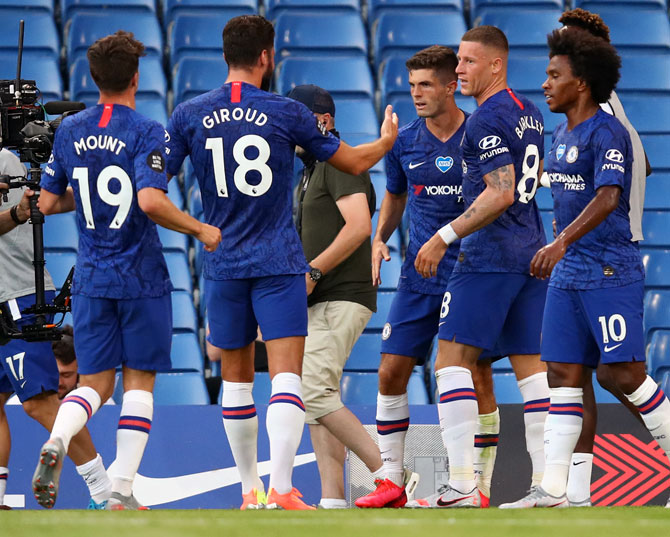 Pulisic exploited a communication breakdown between Benjamin Mendy and Ilkay Guendogan after a City set piece, running from the halfway line before confidently slotting the ball past Ederson to open the scoring in the 36th minute.

Kevin De Bruyne put City level with a brilliant dipping free kick ten minutes into the second half, but Chelsea took the lead again through Willian’s 78th-minute penalty after Fernandinho was sent off for handling the ball on the goal-line. 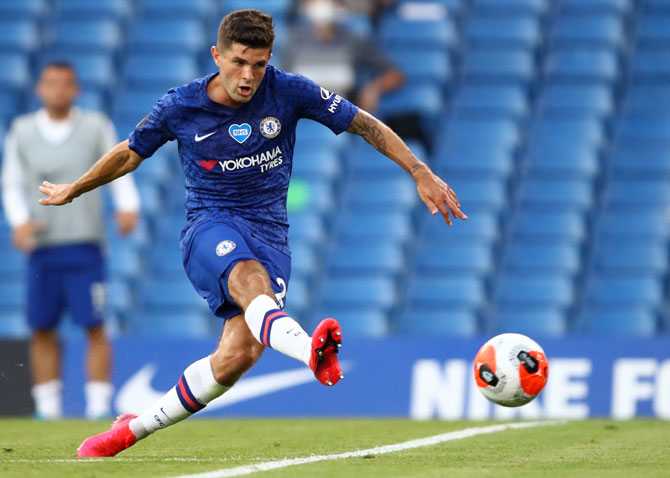 The result leaves City on 63 points, 23 behind Liverpool with only seven games left to play, giving the Reds their first title of the Premier League era. Chelsea remain fourth on 54 points, five ahead of Manchester United.

Liverpool were last champions of England when they won the old First Division title in 1989-90 after which a decline in fortunes saw Manchester United and Arsenal, then Chelsea and Manchester City seize power. 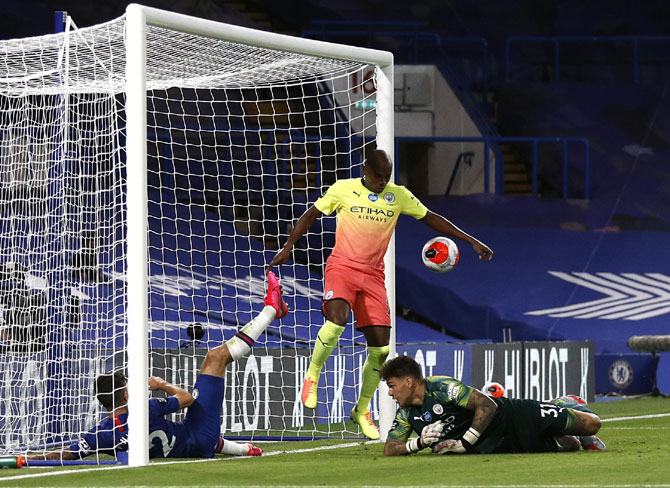 IMAGE: Manchester City's Fernandinho blocks the ball with his hand resulting in a red card and a penalty for Chelsea, which was converted by Willian. Photograph: Julian Finney/Getty Images

They eclipsed the record jointly held by Manchester United (2000-01) and Manchester City (2017-18), who sealed their respective titles with five games left.

Had it not been for the unprecedented stoppage Liverpool were on course to smash the record for the earliest league title. Instead they are now the first team to lift the coveted trophy as late as June.

© Copyright 2020 Reuters Limited. All rights reserved. Republication or redistribution of Reuters content, including by framing or similar means, is expressly prohibited without the prior written consent of Reuters. Reuters shall not be liable for any errors or delays in the content, or for any actions taken in reliance thereon.
Related News: Chelsea, Manchester City, Liverpool win Premier League, Willian, IMAGE
SHARE THIS STORYCOMMENT
Print this article 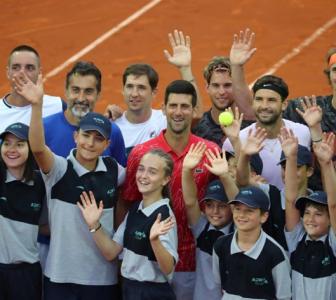 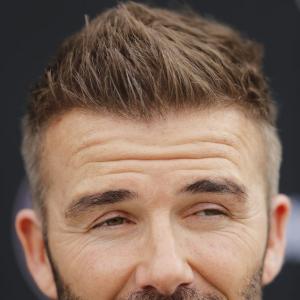 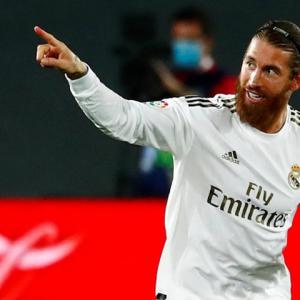