'India is doing so well in Badminton in the last decade with players like Saina, Sindhu and Srikanth excelling. I am delighted to get an opportunity to contribute to the next generation of young badminton talent in India.' 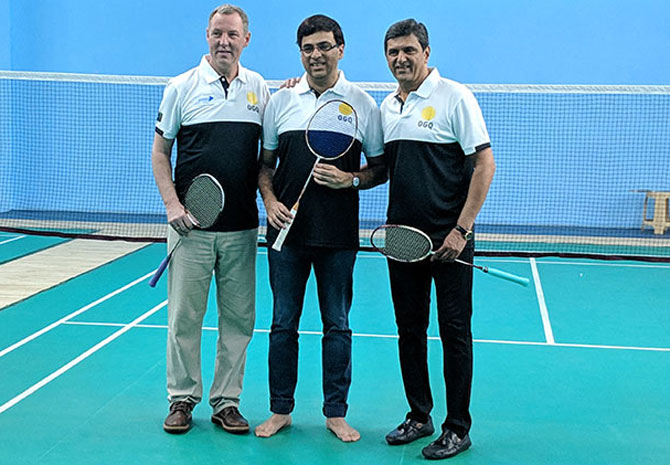 It was a rare sight to witness badminton legends Prakash Padukone and Morten Frost get back on the court to relive their glory days with India's chess wizard Viswanathan Anand for company.

The three sporting greats played a round of badminton during the Olympic Gold Quest organised press interaction at the Padukone-Dravid Centre for Sports Excellence in Bengaluru, on Tuesday. 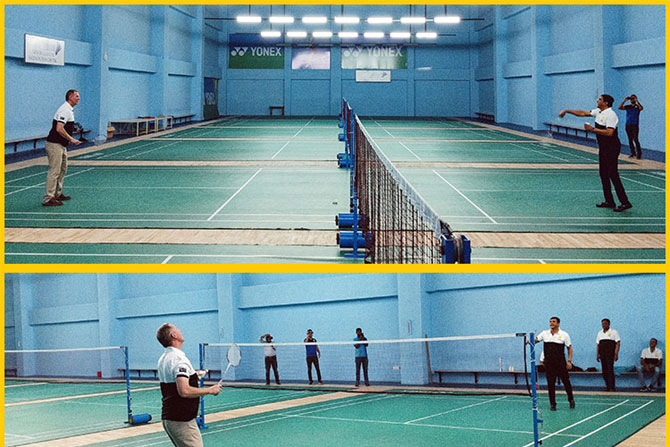 Danish badminton great Frost is in India as a consultant coach for junior players at Prakash Padukone Badminton Academy (PPBA) in Bengaluru.

This coaching stint is a private arrangement between OGQ, PPBA and Frost. The Danish legend, former World No. 1, will coach junior players at PPBA over the next one year.

Giving details about the visit of his friend and former rival and practice partner, former World No. 1 Prakash Padukone said, "We have been looking at getting a top foreign coach to guide the young players at PPBA. I feel that Morten’s presence will be a huge boost to many talented young players here at the academy. Besides coaching the players, Morten will also help implement a robust coaches development plan." Padukone, who founded PPBA almost 25 years ago added, "Morten has tremendous experience as a player, coach and technical director. He has seen badminton over the years when we were playing and he is also very much in touch with the latest developments in world badminton. His experience, insight and technical knowhow will be invaluable for us." 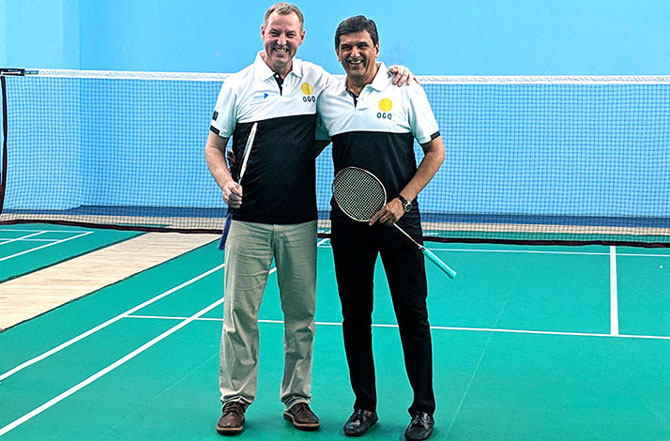 IMAGE: Former World No. 1 Morten Forst will coach junior players at PPBA over the next one year. Photograph: Olympic Gold Quest

Frost will be training youngsters at the Padukone-Dravid Centre for Sports Excellence in Bangalore for a total of 90 days spread over four trips.

"I am very excited to come to the PPBA, a very successful academy started by my friend Prakash. India is doing so well in Badminton in the last decade with players like Saina, Sindhu and Srikanth excelling. I am delighted to get an opportunity to contribute to the next generation of young badminton talent in India," he said. 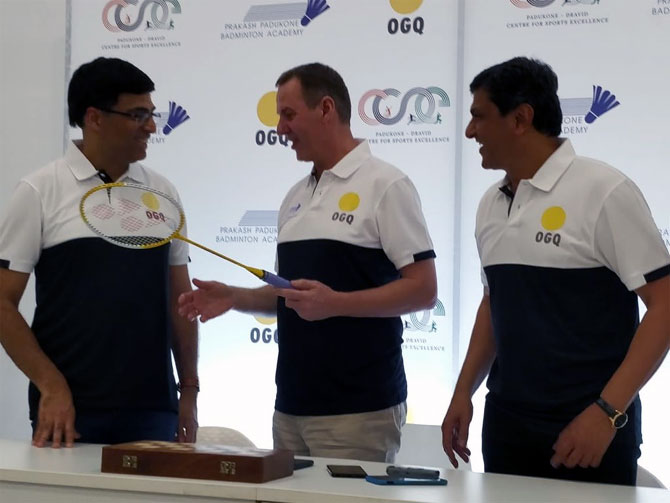 Viren Rasquinha, Director and CEO of OGQ shared more light on the arrangement with Frost.

"The mission of OGQ is to help Indian athletes win Olympic gold medals. We are proud to have supported two Olympic medal winners in Badminton viz. London 2012 Bronze medallist Saina Nehwal and Rio 2016 Silver medallist P.V. Sindhu whom we started supporting since the time she was 14 years old. We are thrilled to have a legend like Morten Frost coach the young badminton players at the PPBA where many talented young badminton players including Lakshya Sen currently train," he stated. 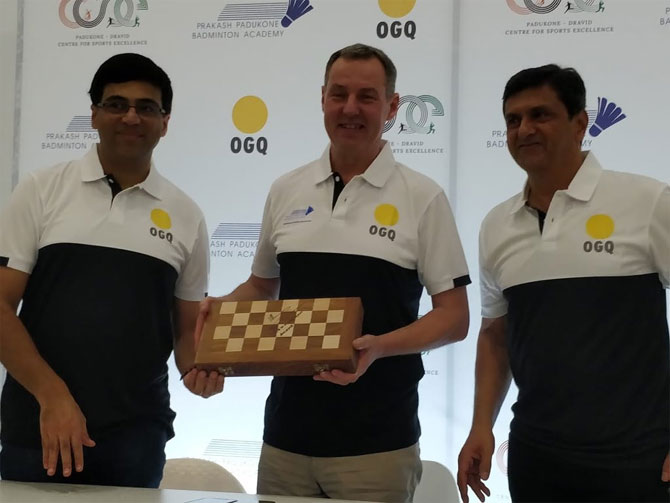 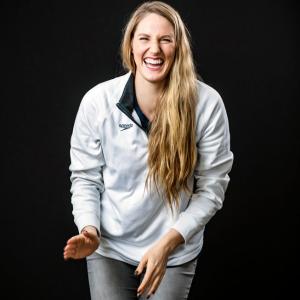