Spain's footballing giants, FC Barcelona won their 23rd La Liga crown after defeating Atletico Madrid 1-0 on Sunday. And after winning, what was their fifth title in seven years, the Barca players let their hair down and celebrated in style at the Vincent Calderon stadium.

Rediff.com invites you a peek into their wild celebrations. Have a look... 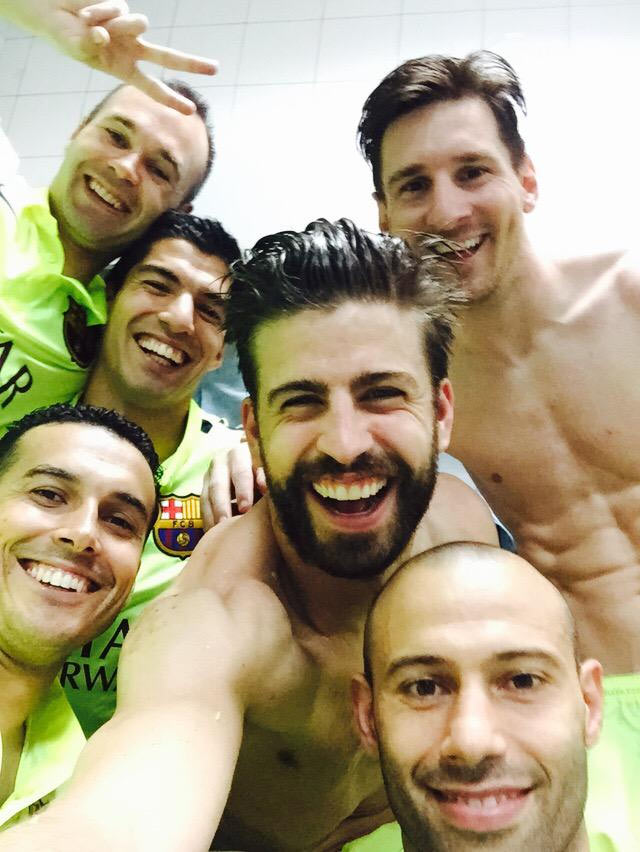 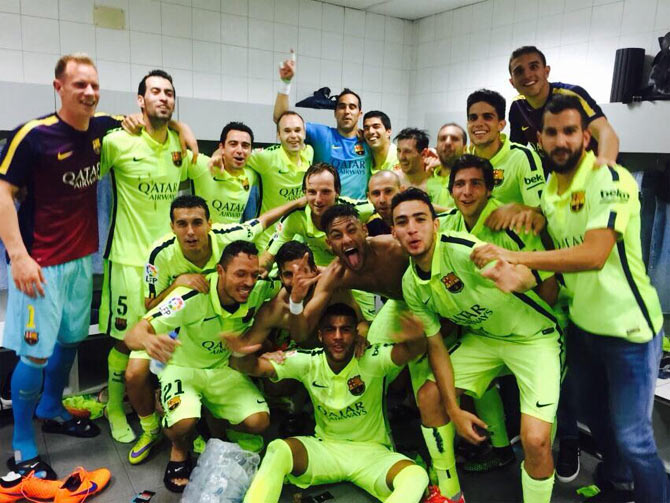 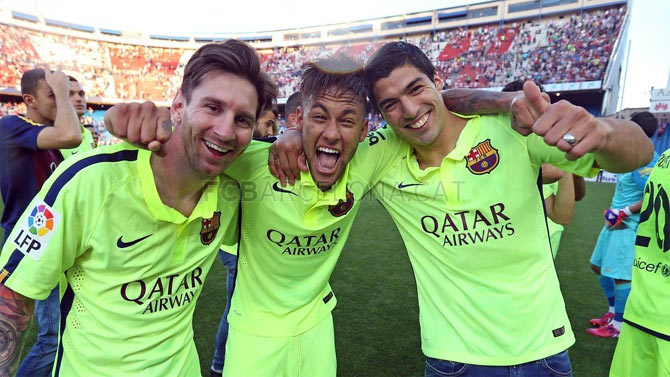 Barcelona's star forward line of Lionel Messi, Neymar and Luis Suarez celebrate on the pitch after their win on Sunday. Photograph: FC Barcelona/Twitter 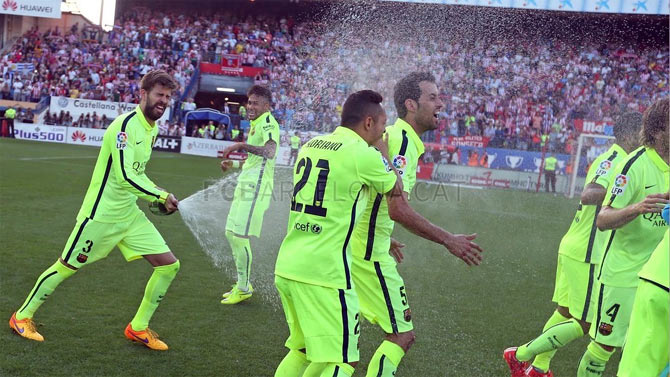 Gerard Pique drenches his teammates in a bottle of bubbly in celebration. Photograph: FC Barcelona/Twitter 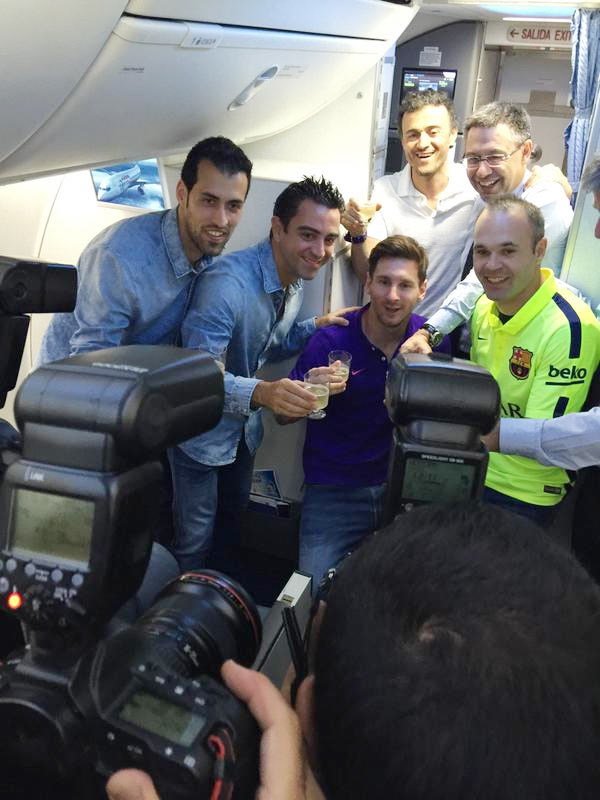 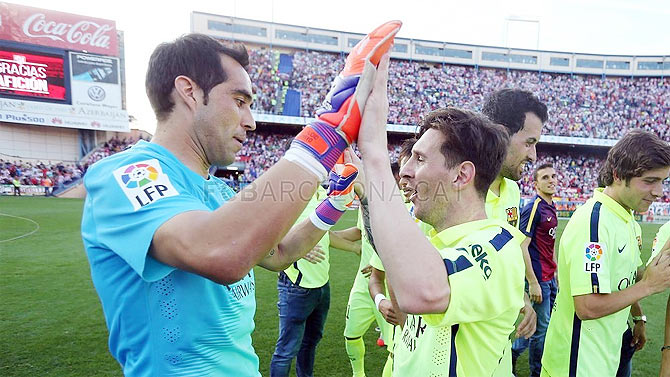 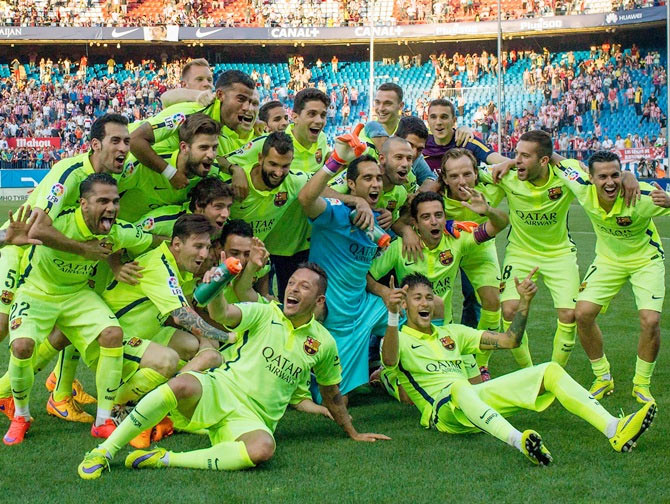 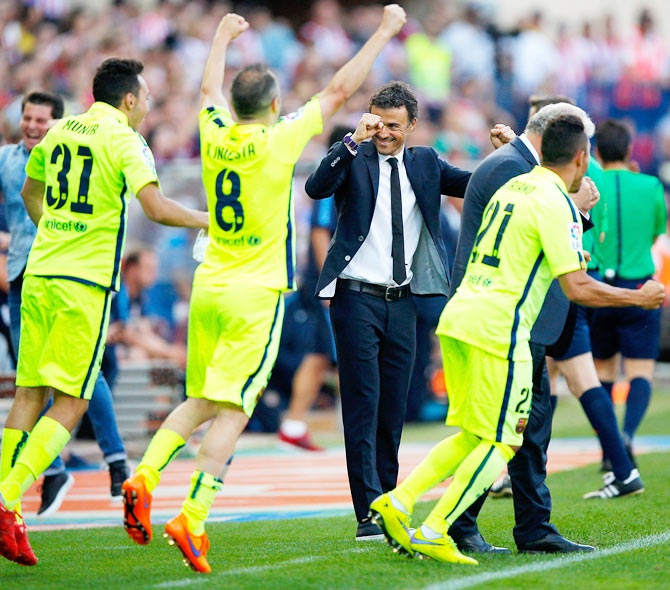