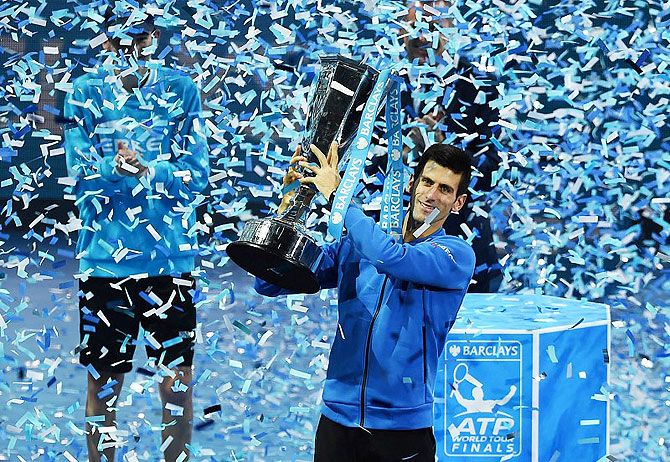 Novak Djokovic put the finishing touch to a magnificent season by beating Roger Federer 6-3, 6-4 to win the ATP World Tour Finals on Sunday for the fifth time in his career.

The Serbian underlined his complete dominance of men's tennis with another immaculate display to become the first player in the year-ending tournament's 46-year history to triumph four times in a row.

Federer brought the tournament to a close in anti-climactic fashion with a double-fault, although not as much as a year ago when he pulled out of the final with back injury.

After a modest celebration, Djokovic walked back to his chair and wrote "And now for vacation" in Serbian on a camera lens. How he deserves one. 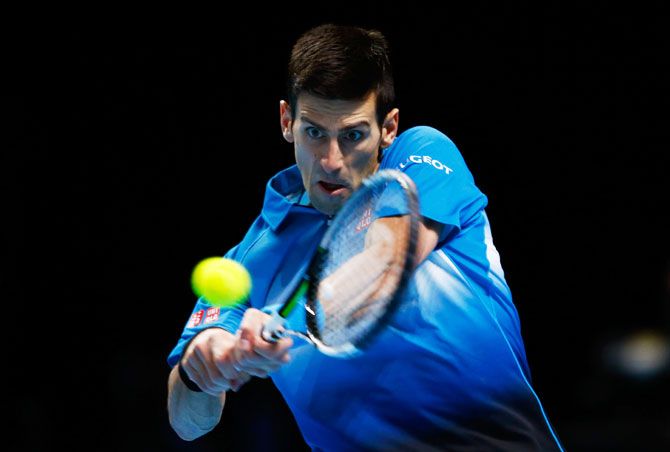 The 28-year-old has stomped through the season to leave his rivals trailing in his wake -- securing the year-end world number one ranking weeks before the London finale.

He won three of the year's four grand slams, beating the evergreen Federer in the Wimbledon and US Open finals to take his career haul to 10, and would have celebrated the rarest of 'calendar year slams' had it not been for an inspired Stanislas Wawrinka in the French Open final.

Not only that but he won a record six Masters Series crowns and reached 15 consecutive finals after losing to Ivo Karlovic in the Doha quarter-finals at the start of the year.

He ended the year with an 82-6 win loss record -- half of those defeats coming against Federer, including Tuesday's 7-5, 6-2 group stage defeat by the Swiss that snapped his 23-match winning streak and three-year unbeaten run indoors. With the stakes raised, though, the 34-year-old Federer made far too many errors on Sunday while Djokovic's defences proved largely impenetrable, but for the odd flash of Swiss magic that had his large red and white fan club chanting their approval.

"I returned more balls back than I did five days ago," Djokovic told a news conference.

"Obviously sitting here with this trophy alongside me, I couldn't ask for a better finish of the season.

"This season definitely stands out. I can't say I expected it, not at all. But I always gave my best, and I'm always asking from myself the most." 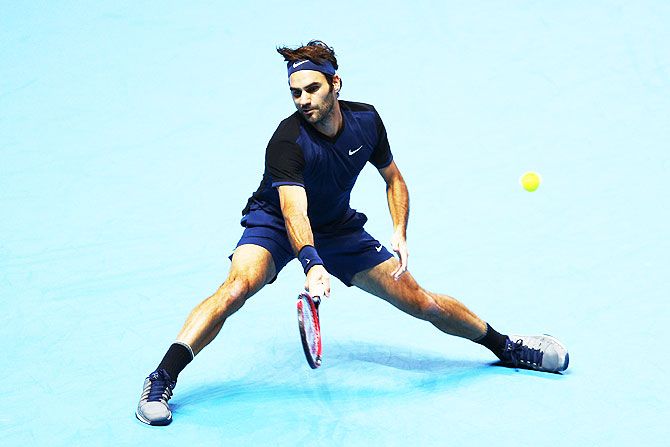 He had the first break point in the second game but fluffed a forehand into the net.

In the next game a near-identical forehand found the net to give Djokovic the break and from there the World No 1 never looked back.

The clinical Djokovic teased Federer into a volley error on set point in the ninth game to move ahead.

Federer, bidding for a record-extending seventh title at the year-ender, was staring at the abyss when he trailed 3-4 0-40 in the second set but escaped with five straight points. 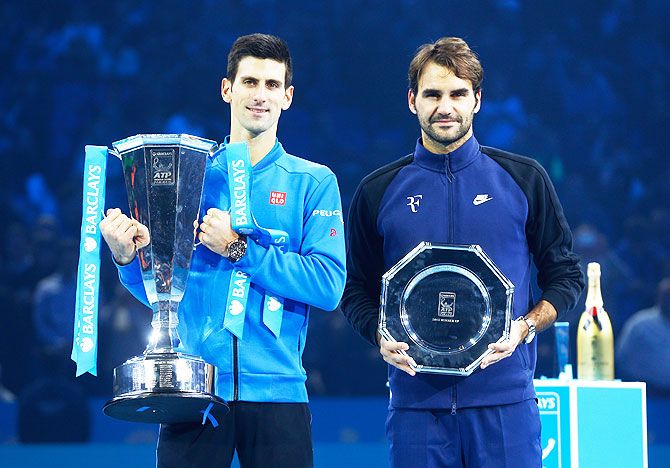 Djokovic was unrelenting though and wore his opponent down with one brutal rally two games later, sealing victory when a Federer second serve sailed long.

He has now levelled his head-to-head record (22-22) with Federer for the first time in his career, a day after pulling level with Rafael Nadal (23-23).

Djokovic is seven short of Federer's record 17 grand slam titles and, if he avoids injuries, it is far from inconceivable that he could threaten that mark in the next few years. 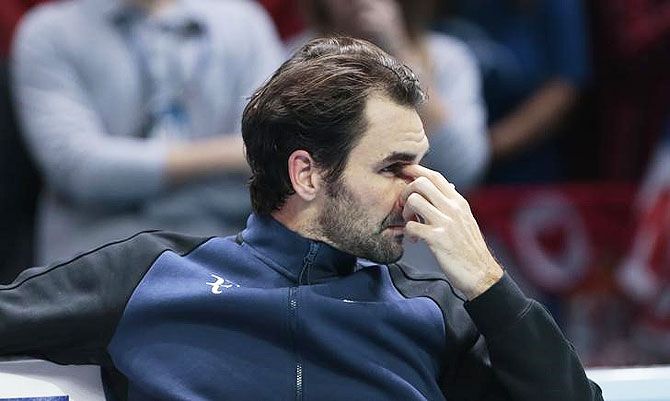 However, world number three Federer warned that emulating 2015 will be a tall order for the Serb.

"Margins are small at the very top," Federer said.

"That's why this year of Novak's is amazing. Rafa has been there. I've been there. We both know how hard it is to back it up. It takes a lot of effort.

"You've got to be physically in shape, no injuries whatsoever. Mentally you have to be at your peak at all times. It's not as easy as it seems sometimes."

© Copyright 2020 Reuters Limited. All rights reserved. Republication or redistribution of Reuters content, including by framing or similar means, is expressly prohibited without the prior written consent of Reuters. Reuters shall not be liable for any errors or delays in the content, or for any actions taken in reliance thereon.
Related News: Novak Djokovic, Roger Federer, ATP World Tour Finals, Tony O, Stanislas Wawrinka
SHARE THIS STORYCOMMENT
Print this article 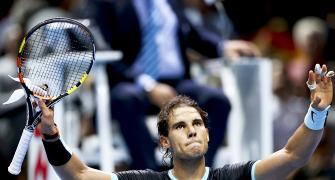 Nadal is back with a bang; proving to be a 'threat' again 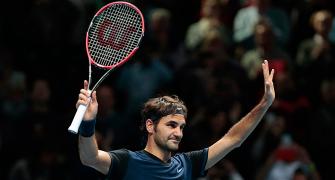 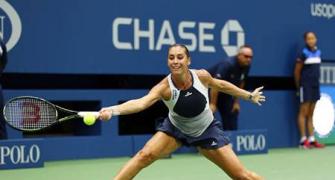 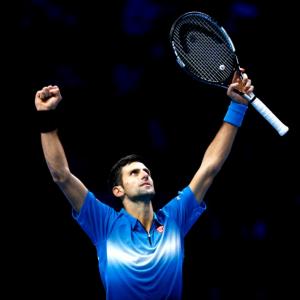 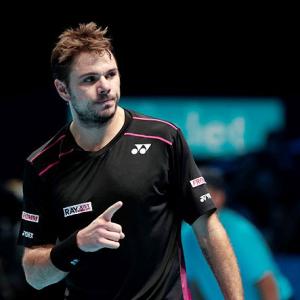