'It is my honour as an Indian to cross the English Channel. The failure rate has been around 40 per cent, for example 4 out of 10 people fail to cross it and hence to successfully swim it gives me a proud feeling.' 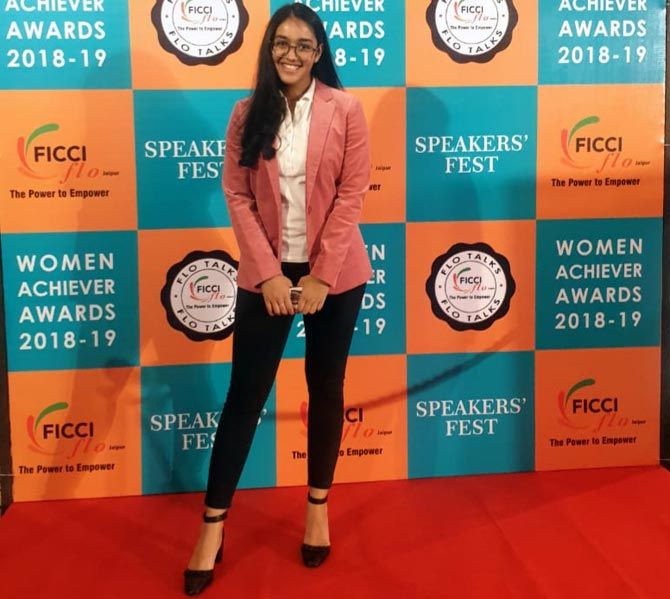 For 16-year-old Gaurvi Singhvi, crossing the English Channel was a "dream come true moment" after hard labour of three years.

The English Channel is a water body that separates southern England from northern France and links southern part of North Sea to the Atlantic Ocean.

Singhvi, who hails from Udaipur admitted that crossing the ditch of the English Channel was the toughest challenge during her effort that took 13 hours and 26 minutes. She finally crossed the Channel on August 23.

"The ditch is a place where the tide current is the strongest and there usually people get struck and cannot move ahead. I was lucky to have crossed the ditch in sufficient time," she said. 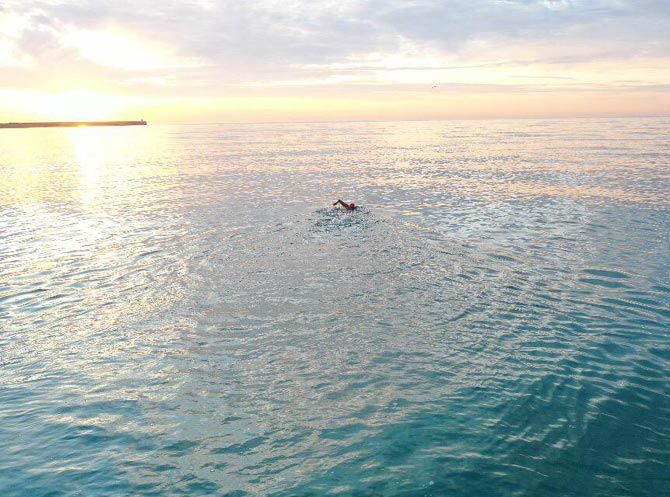 Having participated in the pool events when she was younger, Singhvi started open water competitions after winning one in Udaipur.

"I started swimming since I was very young and I have represented Rajasthan in various state and national level tournaments. However, I started my journey of open water swimming by taking part in a 1 km event at Udaipur and won that," Singhvi, who became the youngest Indian this year to cross the English Channel, said in Mumbai on Tuesday.

She started her swimming to the English Channel, one of the oldest water bodies where such exercises are undertaken, from the Samphire Hoe beach in southeast England and finished at the Cap Gris Nez, located in northern France, covering a distance of around 40 kms. 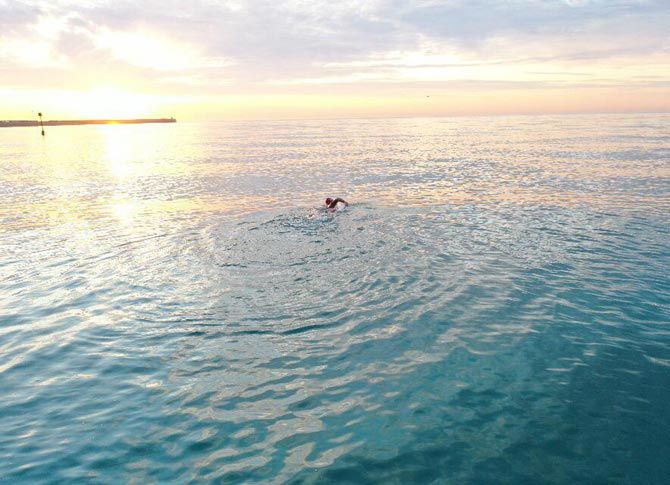 It was after the young swimmer had swam a distance of 47 kms from Juhu to the iconic Gateway of India in nine hours and 22 minutes in the past, she was keen to take up the challenge of crossing the English Channel.

"It is my honour as an Indian to cross the English Channel. The failure rate has been around 40 per cent, for example 4 out of 10 people fail to cross it and hence to successfully swim it gives me a proud feeling," she said.

Despite ocean swimming not being recognised by national federations, Singhvi wants to continue adding more feathers to her cap but interestingly has not decided on her next venture.

Source: PTI© Copyright 2021 PTI. All rights reserved. Republication or redistribution of PTI content, including by framing or similar means, is expressly prohibited without the prior written consent.
SHARE THIS STORYCOMMENT
Print this article
How Narang plans to produce Olympic medallists
Tendulkar enjoys gully cricket with Varun, Abhishek
How Dravid can avert the conflict-of-interest charge