'A dream come true! Thank you for not smacking my ball out of the park.' 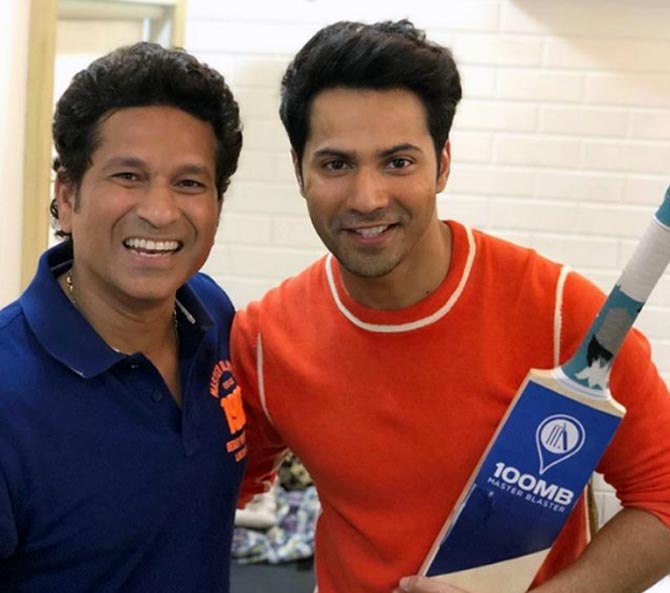 As expected Tendulkar started off with the bat against Varun's medium pace, smashing him all around the park in the tennis ball game.

He also then tried a few leg-spinners and did manage to beat Varun, who just could not contain his excitement playing against the Indian batting legend.

"It’s always good to mix work with play. Had a lot of fun playing cricket with the crew during a shoot & was pleasantly surprised with @varundvn dropping by along with @bachchan who joined us for some time," Tendulkar posted on Instagram along with a video of them playing cricket on the sets.

Varun, a big Tendulkar fan, was all praise for the Mumbai batting icon.

"Kya lag raha ho sir @sachintendulkar.  Sachin sir I have always felt very close to you like how entire india feels you are ours but also because 24 th April is a date I still have to do a lot of work to live up to," he tweeted.

Also joining them was Abhishek Bachchan, who termed it as a 'dream come true' moment of getting a chance to play with Tendulkar.

"Been trying to control my excitement since yesterday.... A dream come true! Thank you for not smacking my ball out of the park."