Paris Masters PHOTOS: Djokovic makes it 20 wins in a row, Nadal bows out 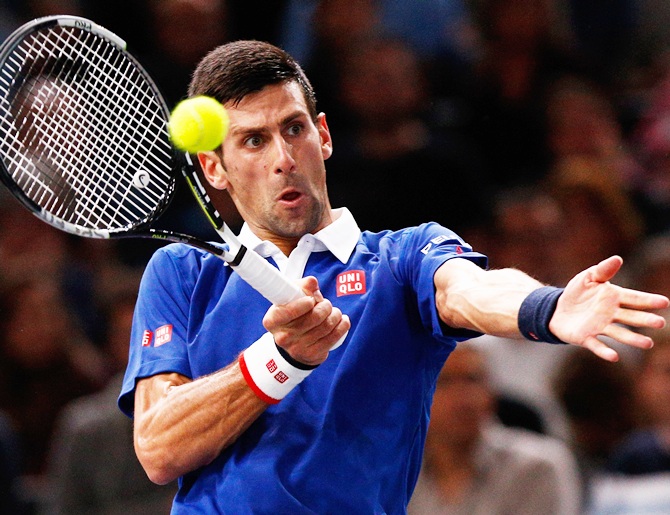 Serbia's Novak Djokovic beat Tomas Berdych 7-6 (3), 7-6 (8) in the quarter-finals of the Paris Masters on Friday to claim his 20th consecutive win and stay on course for an unprecedented third title in a row at the event.

Both players conceded only one break point as all games went to serve and the world number one prevailed on his second match point to set up a mouthwatering semi-final meeting with fourth seed Stanislas Wawrinka after the Swiss downed 14-time Grand Slam champion Rafael Nadal 7-6 (8), 7-6 (7).

A day after his serve was less than perfect against Gilles Simon, Djokovic was extremely accurate with his delivery and played better on the key points to see off Czech Berdych, the 2005 champion.

The Serb, looking to become the first man to win six Masters titles in a season, now has a 20-2 win-loss record against Berdych who has been beaten in all their 16 matches on a hard court. It was Djokovic's 650th career win, the first he clinched without breaking serve.

"It was a really tough match, a real battle that went to the last point. I'm just glad I managed to stay calm in the important moments and pull it through," said Djokovic. 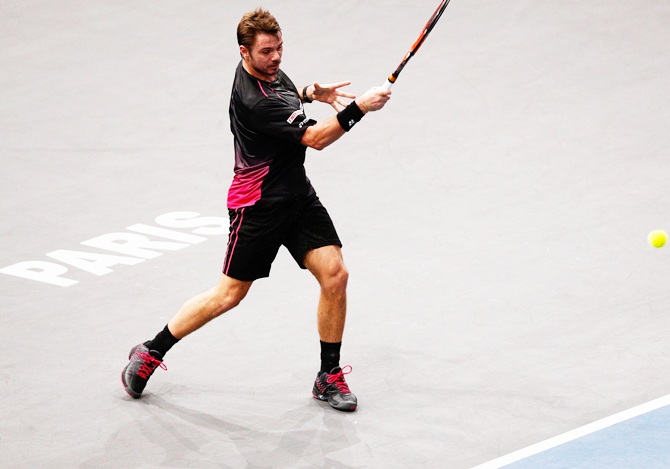 Wawrinka also had to battle hard to knock out Nadal, ending a tense encounter with a superb forehand pass after saving two set points in the second set.

Wawrinka has now beaten Nadal is three of their last four meetings after losing their first 12 matches.

Earlier, Andy Murray reached the last four for the first time when he saw off local favourite Richard Gasquet 7-6 (7), 3-6, 6-3.

© Copyright 2020 Reuters Limited. All rights reserved. Republication or redistribution of Reuters content, including by framing or similar means, is expressly prohibited without the prior written consent of Reuters. Reuters shall not be liable for any errors or delays in the content, or for any actions taken in reliance thereon.
Related News: Novak Djokovic, Rafael Nadal, Stanislas Wawrinka, Tomas Berdych, IMAGE
SHARE THIS STORYCOMMENT
Print this article Who will win USOC honours? Serena Williams or Simone Biles Who will win FIFA goal of year? Messi, Tevez or Hall