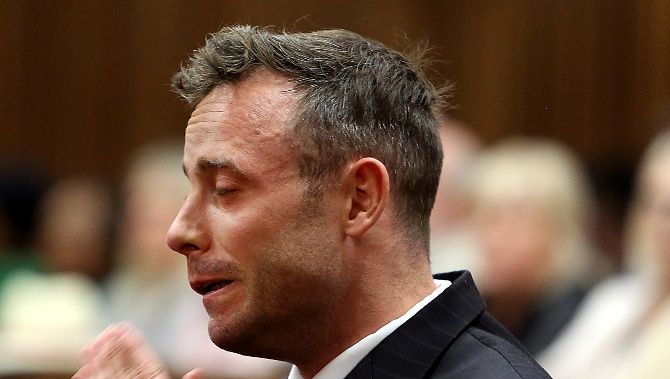 South African track star Oscar Pistorius, serving six years in jail for murdering his girlfriend, was treated in hospital for minor wrist injuries before being returned to custody, a prison service spokesman said.

The Paralympic gold medallist, who had his term for the Valentine's Day 2013 killing of Reeva Steenkamp increased to six years in July, denied he had tried to kill himself, the spokesman for the department of correctional services said on Sunday.

South African prosecutors have said they will appeal against the six-year term, which they called "shockingly lenient".

Newspaper City Press earlier said Pistorius, known as Blade Runner for the carbon-fibre prosthetics he wore when racing, was rushed to hospital around midday on Saturday.

It quoted a security guard as saying: "He had bad cuts on his wrists and the doctors kept wrapping bandages around them."

An inmate situated close to the hospital section told the paper Pistorius had injured himself intentionally, and it quoted two warders with knowledge of the section as saying razor blades were found in his cell.

Asked to comment, Pistorius' family spokeswoman Anneliese Burgess told Reuters there would be no statement at this stage.

© Copyright 2020 Reuters Limited. All rights reserved. Republication or redistribution of Reuters content, including by framing or similar means, is expressly prohibited without the prior written consent of Reuters. Reuters shall not be liable for any errors or delays in the content, or for any actions taken in reliance thereon.
Related News: Oscar Pistorius, Reuters, Newspaper City Press, Anneliese Burgess, Blade Runner
SHARE THIS STORYCOMMENT
Print this article 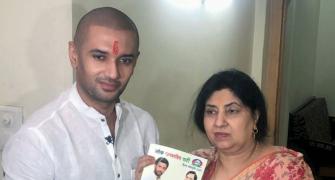 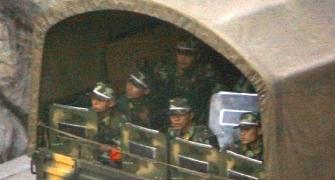