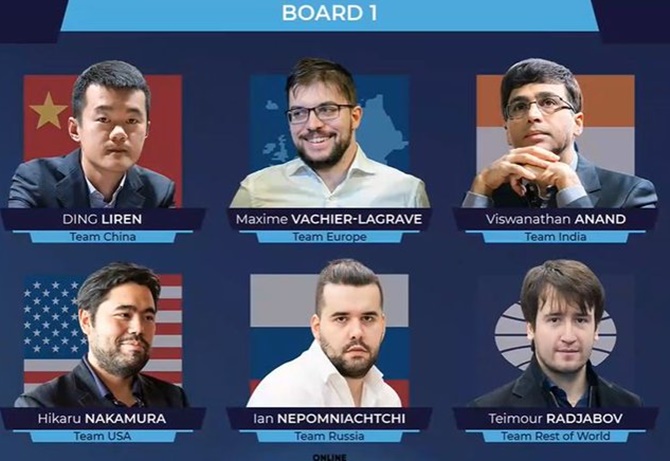 Former world champion Viswanathan Anand registered his first win but India were held to a 2-2 draw by Russia in the ongoing Online Nations Cup on Thursday.

The seasoned Anand beat Russian GM Ian Nepomniachtchi in just 17 moves in a fifth round match to set the tone for India.

However, after B Adhiban and D Harika drew their games against Sergey Karjakin and Olga Girya respectively, Vladislav Artemiev's superb win over P Harikrishna made it 2-2 for Russia.

In other fifth round games, China beat USA 2.5-1.5 while Europe defeated Rest of the World by a similar margin.

India suffered a double blow, losing its matches to Europe and top-seeded China by similar 1.5-2.5 margins in the third and fourth round respectively on Wednesday.

The event follows the double round-robin format, with the two leading teams battling for the title in the 'Super-final'.

All matches involve four boards - represented by three men and a woman player. The rapid time-control is 25-minute plus 10-second increment per move. 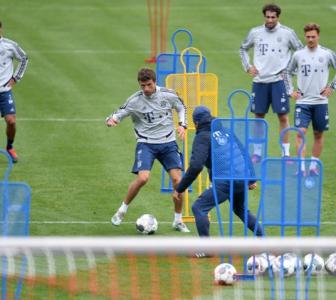 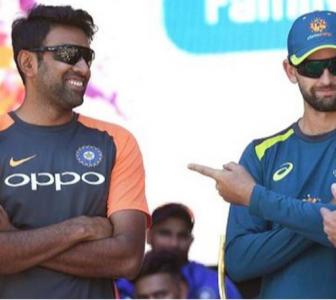 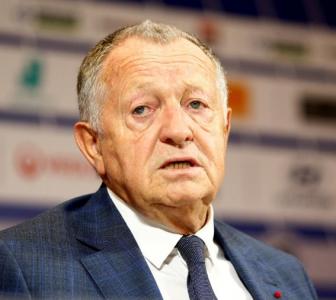 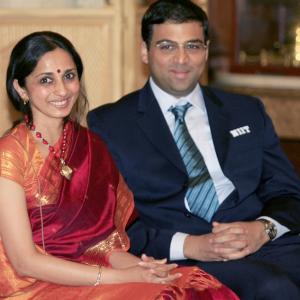