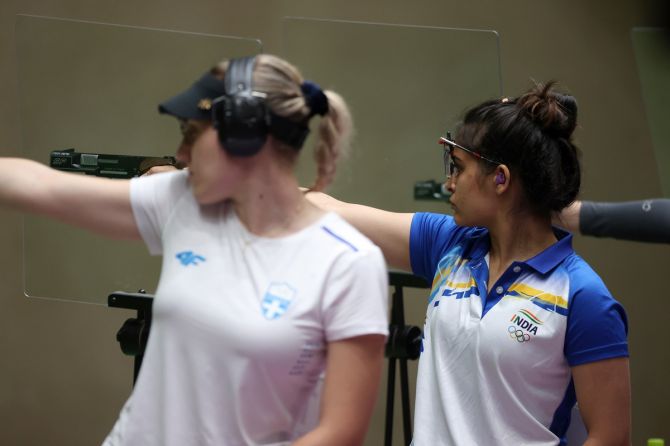 Shooters Manu Bhaker and Rahi Sarnobat crashed out of the Olympics 25m pistol qualifications (Rapid fire stage) as both finished outside the top-8, in Tokyo, on Friday.

The result means the pistol shooters will return home empty-handed for the second straight Games.

Bhaker shot 290 in the Rapid fire stage in qualification for a total of 582, a day after scoring 290 in precision, at the Akasa Shooting Range, while the more experienced Sarnobat scored 573 (287+286).

Placed an impressive fifth after the first stage of qualification, the 19-year-old Bhaker faltered after a promising start, slipping with two 8s and many 9s, numbers that led to her downfall in what has turned out to be a forgettable maiden appearance at the Games.

However, she still remained in the hunt until the 8 in the last series.

In her first event -- women's 10m air pistol -- she lost nearly 20 minutes during the qualifications due to a major weapon malfunction and slipped after being in the reckoning at the start.

Partnering Saurabh Chaudhary, Bhaker had a disastrous outing in the mixed 10m air pistol event as the duo failed to qualify for the finals after leading the first phase of qualifying.

In her last event on Friday, from fifth place she dropped out of the top-8 and could not recover from there.

The top-8 shooters in the qualification enter the final.

Bhaker was the only Indian shooter who was entered in three events at the Tokyo Games. 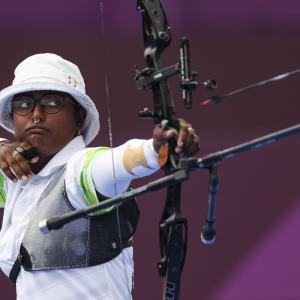