100 days to Rio: Venues ready, but many challenges remain

IMAGE: The logo of the Rio 2016 Olympic Summer Games is pictured during Germany's presentation of the official Olympic uniforms in Duesseldorf, Germany, on Tuesday. Photograph: Wolfgang Rattay/Reuters

Brazil has long been known as a country that can throw a great party as long as the guests do not mind a location that still has the builders in it.

With 100 days to go before the Olympic Games begin in Rio de Janeiro, the nation famous for doing things at the last minute faces a novel situation: The venues are ready, but the host does not appear to be.

With the country's president fighting impeachment and the economy on track for its worst recession in more than a century, Brazilians are both angry and distracted.

"People are paying no attention" to the Olympics, said longtime Rio resident Julia Michaels, who chronicles the city through her Rio Real blog.

"No one is talking about it at all because there are so many other things to talk about."

When Rio de Janeiro won the right to host the Games in 2009, Brazil was the darling of the developing world. Its economy had grown briskly for most of the decade, 30 million people had been lifted from poverty and the nation was assuming a prominent role in world affairs.

Since then, a collapse in commodities prices has dragged down the economy, and President Dilma Rousseff faces the prospect of being suspended from office next month on charges of budgetary fraud.

The twin meltdowns in politics and the economy have consumed Brazil, and the Olympics have all but disappeared from the front pages and TV news. In a nation where football has long been the sport that matters, politics is the only game in town.

"Brazil is going through a political crisis, and the situation has still to sort itself out," said Agatha Bednarczuk, one of the beach volleyball players who will represent her homeland.

"I think we just need to resolve the politics, and then people's attention will turn to sport." 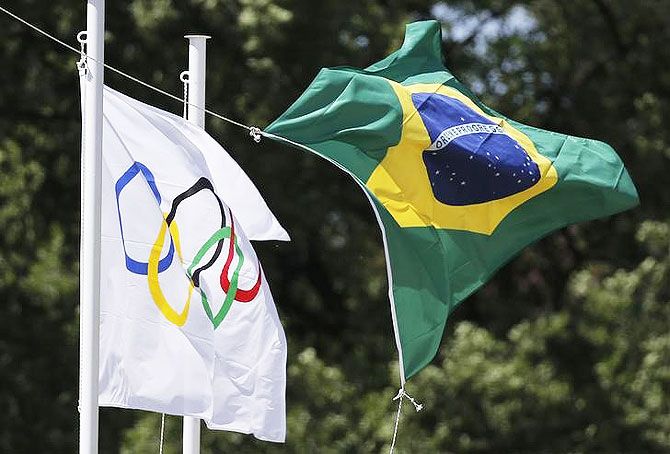 IMAGE: The Olympic and the Brazilian flag fly over the site of ancient Olympia during the Olympic flame lighting ceremony for the Rio 2016 Olympic Games, Greece. Photograph: Alkis Konstantinidis/Reuters

The venues are complete except for the velodrome, which will not be ready in time for an official test event, and the athletics stadium, where the running track is being laid. Officials say both will be finished well before the Games begin on Aug. 5.

Some 36 test events have taken place at arenas and stadiums as well as on the area's beaches and mountains.

But the deep recession has prompted last-minute cutbacks. Organizers withdrew plans for temporary seating at some venues, reduced the number of volunteers and briefly considered scrapping plans to provide athletes' rooms with air-conditioning.

The International Olympic Committee visited the city this month and expressed satisfaction with progress so far, albeit with the caveat that "thousands" of small details had to be finalized.

The other big issues concern Rio itself.

A planned cleanup of the bay where the sailing and open water swimming events will take place did not happen. Although officials say the race lanes will be pristine, the Olympics will not produce the promised legacy of clear waters.

An outbreak of the mosquito-borne Zika virus, which has been linked to birth defects in hundreds of children in northern Brazil, has caused widespread panic and prompted some fans and even some athletes to consider skipping the Games.

Questions remain about whether the new metro line leading from the populous South Side of Rio to the Olympic Park area will be ready in time.

The line has yet to be completed and will start operations without prolonged tests, if any at all. 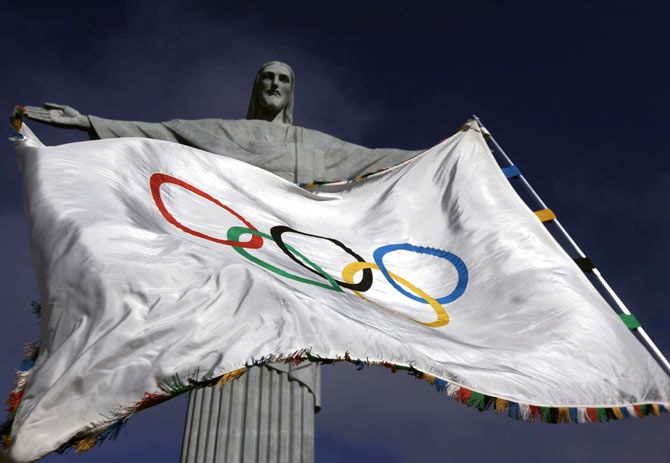 Crime remains a major concern. Drug traffickers have again taken over slums that community police had pacified ahead of the 2014 World Cup, and shootings have become more common, blogger Michaels said.

In the first three months of this year, 432 people were murdered in the city, according to government statistics.

The deaths of two people on a new seafront cycle lane that was touted as part of the Olympics legacy have shaken residents. The lane collapsed when a strong wave swept up the sea wall on Thursday.

Such stories may be partly responsible for slow demand for tickets, with only 62 percent sold so far, according to Phil Wilkinson, spokesman for Rio 2016 organizing committee.

In true Brazilian style, though, officials say they expect the Games to turn out fine.

"When the athletes arrive and sport begins, the country will get behind it, and we will see an excitable and passionate audience engage with the Games," Wilkinson said.

© Copyright 2022 Reuters Limited. All rights reserved. Republication or redistribution of Reuters content, including by framing or similar means, is expressly prohibited without the prior written consent of Reuters. Reuters shall not be liable for any errors or delays in the content, or for any actions taken in reliance thereon.
Related News: Rio, IMAGE, Brazil, Phil Wilkinson, Julia Michaels
COMMENT
Print this article 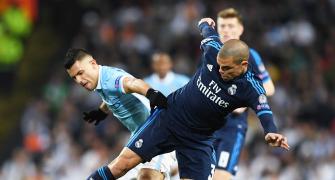 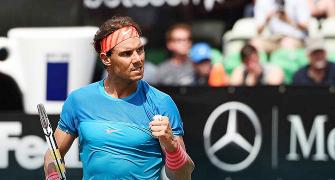 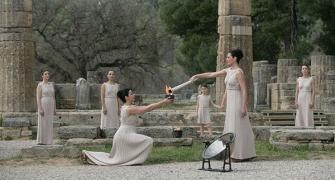 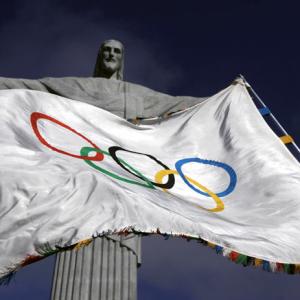 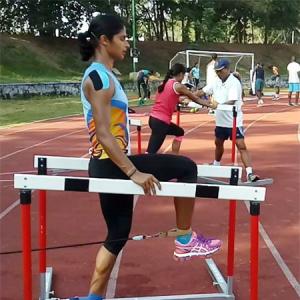