Goyat notched up the win in the third round of his bout on Saturday night.

The triumph in the welterweight bout continued Goyat's three-year unbeaten streak in the circuit.

Goyat, after the fight, once again challenged Khan for a showdown.

Khan, when asked about it, did not give a definitive response.

"There have been talks in the media about the same and the fans, for them when this happens will definitely be exciting as this would be the hotly anticipated bout as per them," Khan, a former Olympic medallist, said. 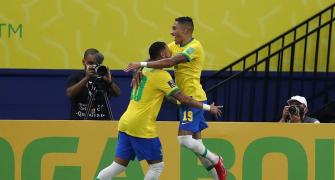