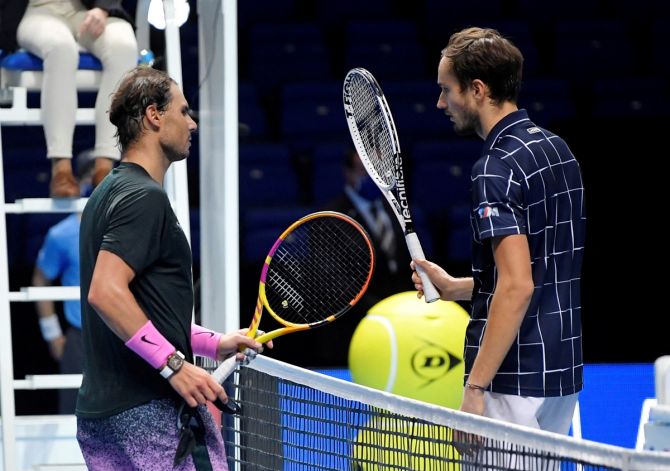 Rafael Nadal and Daniil Medvedev will face off in a generational clash on Sunday for the year's first Grand Slam singles title at the Australian Open, with both men having the chance to write their names into the record books.

A second triumph at Melbourne Park for 2009 champion Nadal will break a three-way tie for the most major titles in the men's game, with the Spaniard nosing ahead of rivals Novak Djokovic and Roger Federer with a 21st Slam.

The 35-year-old repeatedly played down his chances in the leadup and during the past fortnight owing to a calamitous buildup due to a career-threatening foot problem and illness from contracting the COVID-19 virus.

Yet he has produced some incredible tennis to enjoy a 10-match winning run, picking up an ATP 250 title in Melbourne before the year's first major, and reach a 29th major final and his sixth in Australia.

"I just feel happy to be part of this amazing era of tennis, sharing all these things with another two players. That's it," Nadal said, adding that he was surprised to reach the championship match.

"In some ways it doesn't matter if somebody achieves one more or one less. We did amazing things and things that will be very difficult to equal. I don't think much about all this stuff." Standing against him will be the world number two Russian - 10 years younger and a player who has already denied Djokovic a 21st major in the final of the US Open in September.

Another win on Sunday will cement Medvedev's status as the leader of the next generation, who will give the 'old guard' a run for their money in an exciting year for the sport and end their iron grip on Slam titles.

Medvedev will be glad to play the role of dream wrecker once again.

"I'm gonna play again against one of the greatest. And what's funny, that again I'm going to play someone going for the 21st Slam," Medvedev said with a smile.

"I guess Rafa was watching (the US Open final) near the TV ... I don't know who he was cheering for. I think Novak will be watching this one ... also!"

Medvedev will himself aim to become the first man, since tennis became professional in 1968, to win a second Grand Slam title immediately after claiming his first following his 2021 U.S. Open success.

Sunday's showpiece will be the Russian's fourth major final and each time he has faced either Djokovic or Nadal -- who beat Medvedev in an enthralling US Open final in 2019.

Nadal will go into the Rod Laver Arena contest with a 3-1 overall lead in previous meetings but Medvedev won their most recent contest when he took down the Spaniard in the semi-finals of the 2020 ATP Finals. 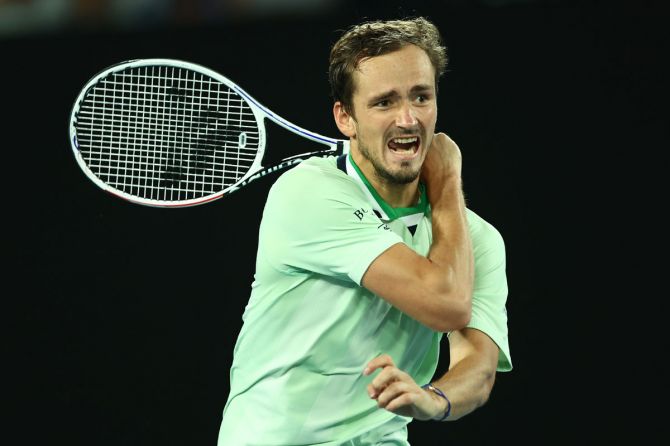 Medvedev, who was the highest-ranked player in the men's draw the past fortnight, is also the favourite against the world number five Nadal, according to Australian bookmakers.

The Russian, who had to save a match point in the fourth set in his quarter-final against Canada's Felix Auger-Aliassime, oozed confidence on Friday and said he can beat anybody.

He will try to bring his best tennis on court and make his own mark in tennis history.

"I think it's great rivalry between them," he said about the 'Big Three' rivalry. "I'm happy to have the chance to try to stop one more time somebody from making history."

"It's not me going for the 21st, not me trying to break these records. I'm going for my second one. Of course, I know what's happening, I know what Rafa is going for, I knew what Novak was going for."

"I'm not gonna say, 'Oh, yeah, I am trying not to listen about this. But it's kind of their thing, not mine. I'm just there to try to win the final."

© Copyright 2022 Reuters Limited. All rights reserved. Republication or redistribution of Reuters content, including by framing or similar means, is expressly prohibited without the prior written consent of Reuters. Reuters shall not be liable for any errors or delays in the content, or for any actions taken in reliance thereon.
Related News: Daniil Medvedev, Rafael Nadal, Novak Djokovic, Rod Laver Arena, IMAGE
COMMENT
Print this article 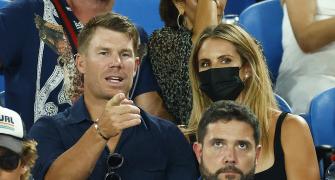 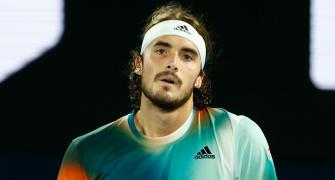 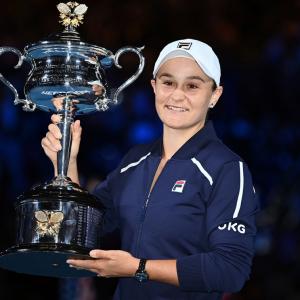 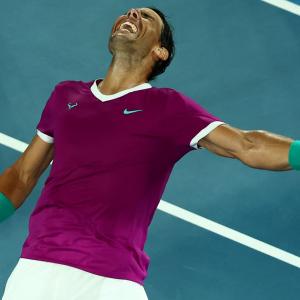