The contest for the Laureus World Sportsman of the Year award promises to be one of the most competitive ever with the likes of Usain Bolt, Cristiano Ronaldo and Andy Murray vying for top honours. 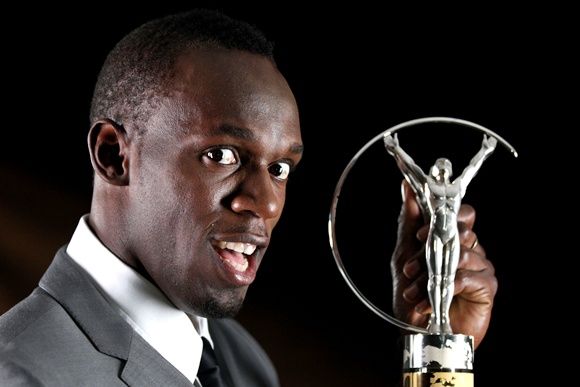 The nominees for the World Sportsman of the Year award also include 5k and 10k Olympic champion Mo Farah, basketball duo Stephen Curry and LeBron James, besides Bolt, already a three-time Laureus winner, Ronaldo and Murray, following a ballot by the world's media.

Ronaldo is involved in three nominations -- both individually and through his teams Portugal and Real Madrid.

A glittering collection of the world's greatest Olympic and Paralympic stars from Rio de Janeiro have also been nominated for the prestigious awards in various categories.

Swimmer Michael Phelps, the most successful Olympian ever, heads the nominees in the Laureus World Comeback of the Year having won another five golds and a silver at Rio.

After finishing second in 2014 and 2015, Nico Rosberg finally won the Formula One World Championship last year and has earned nomination for the Laureus World Breakthrough of the Year Award. Joining him are Olympic world-record breakers Almaz Ayana and Wayde van Niekerk, three teams who performed heroically in 2016 -- English Premier League Champions

The men's and women's surfing world champions John John Florence and Tyler Wright are nominated for the Laureus Action Sportsperson of the Year Award, along with snowboarder Chloe Kim, skateboarder Pedro Barros, mountain biker Rachel Atherton and Estonia's freestyle skier Kelly Sildaru, who at 13 became the youngest ever winner of a gold at the Winter X-Games.

The winners, as voted for by members of the LaureusWorldSportsAcademy, will be revealed in Monaco on February 14.

For the first time ever, sports fans will have the chance to make their voices heard in a brand new Best Sporting Moment of the Year Award, which will celebrate the power of sport.

Image: Usain Bolt with the Laureus World Sportsman of the Year award in 2013