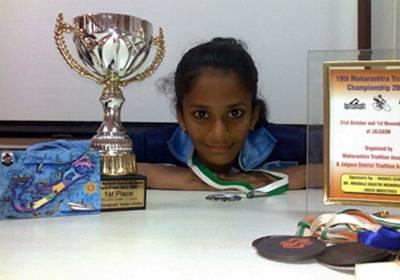 Swapnali Yadav is the 'Little Mermaid' in the world of swimming.

The ten-year-old girl from Mumbai is the youngest-ever in swimming history to complete the 10km Bermuda Round the Sound Open Swimathon in the Atlantic Ocean. Her feat on October 18 also made her the first Indian to win a gold medal in the under-12 category, and put her in contention for a place in the next edition of the Limca Book of Records.

Swapnali was the only swimmer from India chosen by world governing body FINA to participate and represent the country in the 19th Bermuda Round the Sound Open Swimathon, organised by the Bermuda Swimming Association under the aegis of FINA.

The Class VI student of Raigad Military School, Oshiwara, Andheri, Mumbai, competed along with 256 top swimmers from around the world, including Canada, Dubai, England and the US, and clocked an impressive time of three minutes 52.21 seconds to clinch the gold.

She returned to India to participate in the Maharashtra State Triathlon and Aquathon in Jalgaon and earned a gold medal each in both categories for girls' under-12.

The aquathon includes a 200m swim and 2km run, while the triathlon includes 200m swim, 4km cycling and a 2km run.

Following her efforts in Bermuda and Jalgaon, and an impressive track record in a sparkling young career that is studded with significant achievements, Swapnali is staking claim to becoming one of the youngest recipients of the Shiv Chhatrapati Award.

She was among 18 under-12 swimmers from around the globe who had submitted entries. But the remaining 17 pulled out or were denied participation at the last moment due to sudden stormy weather that included heavy rain and strong winds that even forced flights to be cancelled in the region, which experiences inclement weather for most part of the year.

Swapnali and her parents Gopal and Sailee were forced to impress upon and convince the reluctant organizers that she be allowed to swim. It was only after a thorough check of her impressive past records that the young Indian was allowed to start her race at 10 a.m. local time.

Starting from the Bermuda Aquarium, she braved huge waves and chilly waters before successfully swimming round the Harrington Sound River and completing the race at Palmetto Dock to finish a creditable 47th overall.

The difficult course included critical rocks, particularly at Redshank Island, Collins Island, Cockroach Rock, Dingle's Island and No-Name Rock and swimmers were instructed to pass these on the shoreward side for their safety.

The organizers were so impressed by Swapnali's skills and determination that the Governor of Bermuda, Sir Richard Gozney, named her the 'Little Dolphin Princess' in his personal hand-written citation.

No cash prizes are awarded at the event, but the funds generated go to charity.

Swapnali trained rigorously for the Bermuda event. She practiced for hours daily at the Ozone Pool, in Goregaon, Mumbai, under the watchful eye of renowned coach Rajendra 'Raju' Palkar, the only long distance national coach recognized by the Swimming Federation of India.

Earlier, on September 1, 2007 she was the only swimmer from India chosen by the world governing body to participate and represent her country in the 19th Open World Swimming Marathon (OWSM), organised by the Greece Swimming Association under the aegis of FINA, in Kalamata, Greece.

At 8 years 7 months, Swapnali became the youngest-ever in Open World Swimming Marathon history and joined an elite group of 16 swimmers from around the globe between the ages of 22 and 49, which included 23-year-old English Channel swimmer Cech David of the Czech Republic and Olympian Ilija.

Two years later, she created history by being declared the youngest-ever in the world and the first Indian to swim the 30km Messinikos Gulf in Greece to qualify for the Limca Book of Records 2008-09!!!

The feat will never be achieved after FINA, in 2008, declared that swimmers below 17 years cannot attempt the Messinikos Gulf.

The organisers had set a target of 12 hours to complete the marathon, but Swapnali stunned the world by completing the stretch in an impressive time of 11 hours, 10 minutes!

She was spotted by Subhash Desai at the OZONE swimming pool when she was just six years old. Later, she was moulded into a young long distance swimmer by Palkar.

"There is a lot more to achieve. In the near future, I hope to attempt significant challenges. I also hope my effort inspires other swimmers my age to achieve similar feats and much more," suggested Swapnali.

"I also believe we swimmers, especially those who achieve so much individually after making so many sacrifices, deserve much more recognition from the cricket-crazy media. Long distance swimming is not easy. Aren't we also making a significant effort?," she asked. 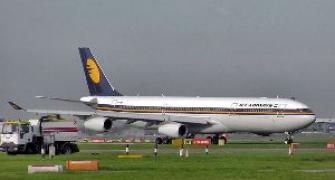 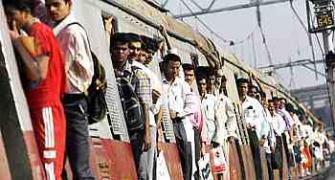 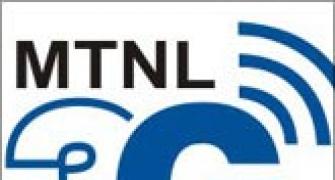 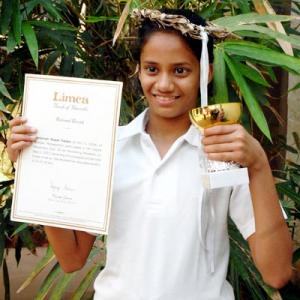