'Mourinho is a crybaby for ref rant'

Jose Mourinho was branded a 'crybaby' by Valencia coach Unai Emery on Monday following his criticism of the match referee after Real Madrid's scrappy 1-0 home win over Sevilla on Sunday.

"Mourinho's stance is that of a crybaby," Emery said.

"We have reasons to draw up a list with errors and to make a public complaint for every time we have been adversely affected, but we don't." 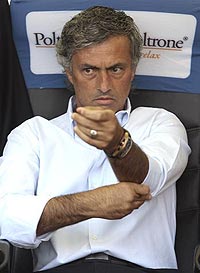 Mourinho complained that the club needed to back him more by speaking out against perceived refereeing injustices.

"My team needs to be defended," he said. "If I say what I think I will be on the front pages and suspended. There is a club and a structure and I want them to defend my team from there."

"I don't take any notice of it," he said. "It's all part of the world of football. I am sure that Sevilla will be preparing 20 points on the refereeing."

After the match, Sevilla president Jose Maria del Nido said: "The pressure they (Real) put on the referee can be seen by the whole of Spain. It is a pre-meditated, coached and designed tactic but we already know what it is to play at the Bernabeu."

© Copyright 2022 Reuters Limited. All rights reserved. Republication or redistribution of Reuters content, including by framing or similar means, is expressly prohibited without the prior written consent of Reuters. Reuters shall not be liable for any errors or delays in the content, or for any actions taken in reliance thereon.
Related News: Jose Mourinho, Sevilla, Unai Emery, Jose Maria del Nido, Carlos Clos Gomez
COMMENT
Print this article 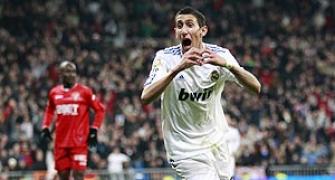 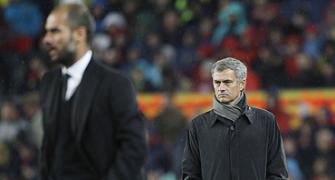 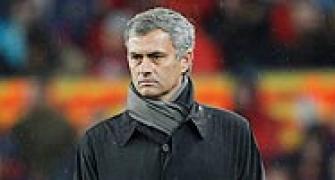 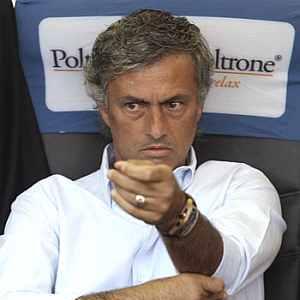