'I mean, that was one thing that I promised myself coming on to the court today, that I need to stay calm and composed, because I knew that the atmosphere would be as it was'

IMAGE: Her Royal Highness The Duchess of Cambridge, Kate Middleton presents Novak Djokovic the trophy after he defeated Roger Federer to win the Wimbledon title at the All England Lawn and Croquet Club on Sunday. Photograph: Susan Mullane-USA TODAY Sports

"When the crowd is chanting 'Roger' I hear 'Novak'," freshly-crowned Wimbledon champion Novak Djokovic said with a smile on Sunday.

A fairly implausible claim, perhaps, but the comment hinted at the phenomenal feats of mental strength and focus the Serb deployed in beating Roger Federer in the longest singles final in the tournament's 133-year history.

"It sounds silly," he conceded, "but it is like that. I try to convince myself that it's like that. It's similar 'Roger' and 'Novak'," he added laughing.

The absurdity of the claim was comical, but the lengths to which Djokovic had to battle the almost blanket support for his adored Swiss opponent was no joke.

"I mean, that was one thing that I promised myself coming on to the court today, that I need to stay calm and composed, because I knew that the atmosphere would be as it was."

Before the match, all the talk had been of records, statistics and places in history, but Sunday's showpiece boiled down to something far more elementary - a battle of artistry versus industry.

Ultimately, Djokovic's unyielding intensity and athleticism prevailed in the face of Federer's beautiful, hypnotic, flowing strokes as the two preternaturally gifted men toyed with their own different forms of perfection on one of the world's greatest sporting stages.

The top seed and defending champion was mentally rock solid. His concentration was absolute. His focus unwavering.

He never hit the ball with the same panache as the second-seeded 37-year-old Swiss, he never had the crowd shaking its head in disbelief, but he was a wall.

"I thought most of the match I was on the back foot actually. I was defending. He was dictating the play. I just tried to fight and find a way when it mattered the most, which is what happened," said the world number one.

"I just told myself before the match, I'm going to try to switch off as much as I can from what is happening around us, and just be there, be present.

"I thought I could have played better. But at the same time one thing that probably allowed me to come back and save match points and win this match was the mental stability in those moments.

"You need to be constantly playing well throughout five hours if you want to win a match like this. I guess there is an endurance part. But I think there is always this self-belief. You have to keep reminding yourself that you're there for a reason and that you are better than the other guy."

Compared to Federer's flashing strokes, the 32-year-old Serb's obdurate defence is never likely to win a crowd over. But that is not to say there is not a form of brilliance in the Djokovic resilience.

It saw him claim a Bjorn Borg-equalling fifth Wimbledon crown, and allowed him to narrow the Grand Slam gap in the spread between the 'big three'.

So ultimately, there was no escaping the statistics.

Djokovic now has 16 major singles titles, Federer has 20, with Spain's Rafael Nadal -- Federer's semi-final victim -- squeezed between them on 18.

"But also they're winning slams. We're kind of complementing each other. We're making each other grow and evolve and still be in this game.

"The fact that they made history... motivates me as well, inspires me to try to do what they have done, what they've achieved, and even more.

"Whether I'm going to be able to do it or not, I don't know. I'm not just a tennis player, I'm a father and a husband. You have to balance things out."

© Copyright 2020 Reuters Limited. All rights reserved. Republication or redistribution of Reuters content, including by framing or similar means, is expressly prohibited without the prior written consent of Reuters. Reuters shall not be liable for any errors or delays in the content, or for any actions taken in reliance thereon.
Related News: Roger Federer, Novak Djokovic, IMAGE, All England Lawn, Rafael Nadal
SHARE THIS STORYCOMMENT
Print this article 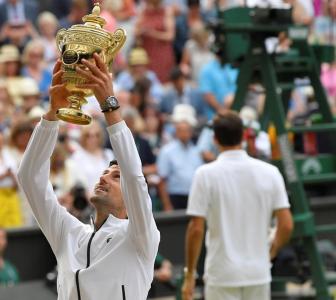 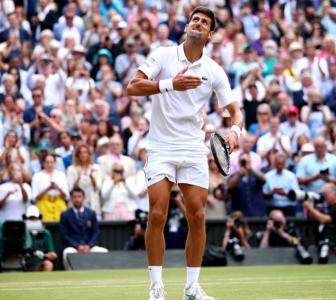 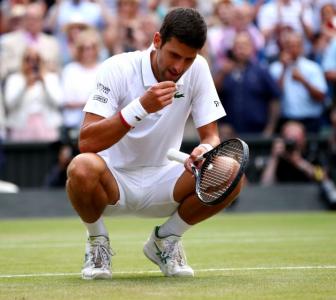 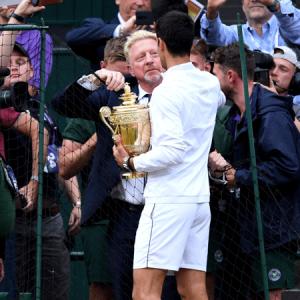 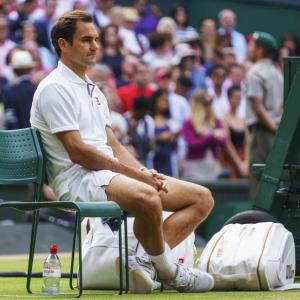