Sindhu, who received the letter of appointment on July 27, assumed her new role as a Group-1 service officer on Wednesday, August 9, and reported to Chief Commissioner of Land Administration Anil Chandra Punetha in the state capital Amaravati.

The 22-year-old badminton star was posted to Krishna district for training.

Sindhu was happy about her appointment, but made it clear, "My focus will be on the sport only."

The AP government could waive the two-year training period for Sindhu since she is keen on focusing on her badminton career.

Now that Sindhu has joined the revenue service in the AP government, there are chances of her being inducted into the Indian Administrative Service seven or eight years down the line. 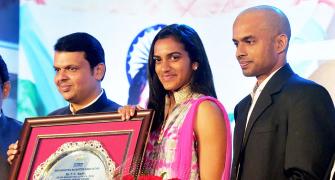 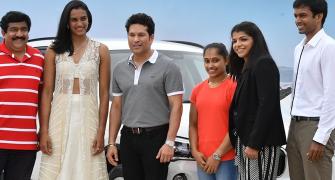 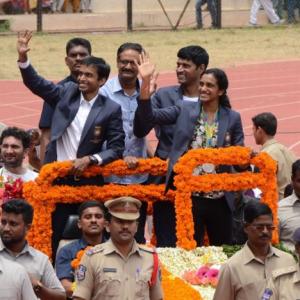